Democratic leaders voted to file a lawsuit against President Donald Trump’s emergency declaration, a move they hope will block the billions in funding he’s accessed for border wall construction.

“The President’s sham emergency declaration and unlawful transfers of funds have undermined our democracy, contravening the vote of the bipartisan Congress, the will of the American people and the letter of the Constitution,” House Speaker Nancy Pelosi said in a Thursday statement following the vote.

The Bipartisan Legal Advisory Group, a five-member board that controls the House of Representatives’ general counsel, voted 3-2 on Thursday to authorize a lawsuit against Trump’s emergency declaration. The lawsuit claims the president violated the Constitution’s Appropriations Clause, which gives lawmakers in Congress the authority to control funding measures.

“The President’s action clearly violates the Appropriations Clause by stealing from appropriated funds, an action that was not authorized by constitutional or statutory authority,” Pelosi continued in her statement. “Congress, as Article I — the first branch, co-equal to the other branches — must reassert its exclusive responsibilities reserved by the text of the Constitution and protect our system of checks and balances.”

This isn’t the first time congressional Democrats have tried to block the emergency declaration, nor is it the first lawsuit.

Both chambers of Congress, with the help of some GOP support, were able to pass a resolution that condemned Trump’s emergency crisis. However, in the first veto of his presidency, he struck it down. Lawmakers were not able to obtain a two-thirds majority in Congress to override the veto. 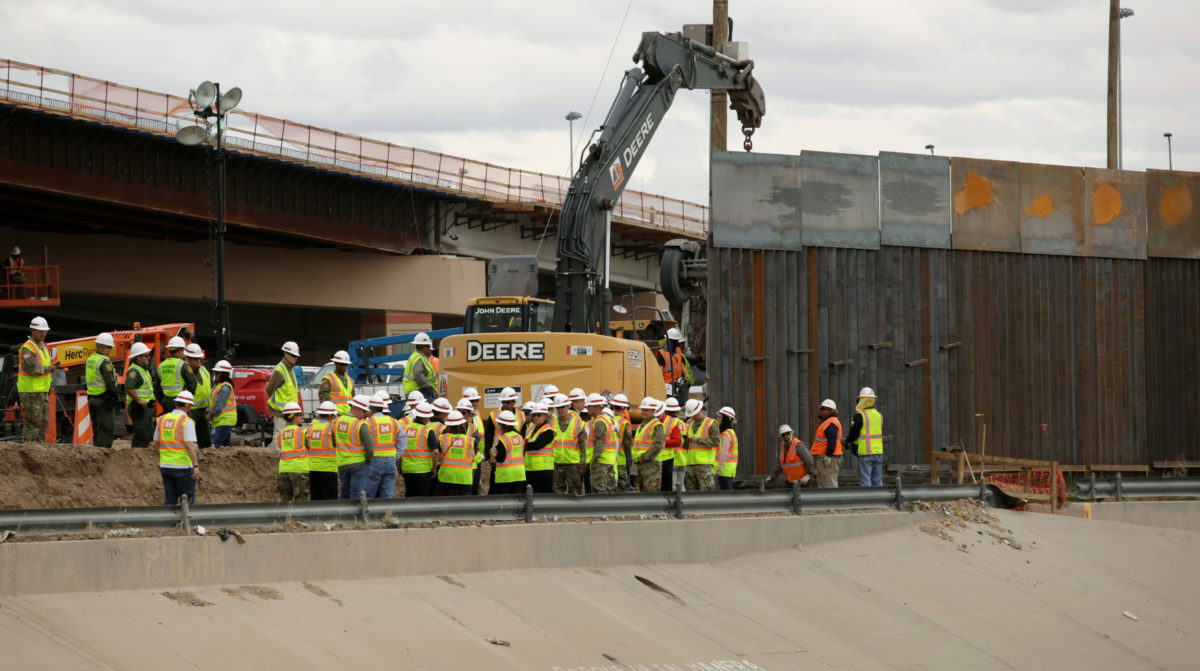 Trump’s declaration has also been challenged in court from a multitude of state attorneys general, led by California. A handful of progressive and environmental groups are also trying to fight the proclamation in the courtroom. (RELATED: ‘Disastrous Consequences’: Democrats Blast Trump’s Border Wall Threats)

After accepting the $1.375 billion in funds Congress appropriated for border wall construction in February, Trump declared an emergency, authorizing billions more in funding from the military’s budget. The Pentagon has already authorized the Army Corps of Engineers to shift $1 billion to the border wall.

When he originally made his crisis declaration, Trump predicted it would face a lawsuit that would eventually make its way to the Supreme Court.

“We will have a national emergency, and then we will then be sued, and they will sue us in the 9th Circuit, even though it shouldn’t be there,” the president said in February. “And we will possibly get a bad ruling, and then we’ll get another bad ruling. And then we’ll end up in the Supreme Court, and hopefully, we’ll get a fair shake.”