Documents obtained by Big League Politics seem to confirm past rumors that Gillibrand’s father Doug Rutnik worked for NXIVM, a sex cult in Albany, New York, that allegedly trafficked women. Rutnik reportedly worked for the organization for four months in 2004, at a monthly rate of $25,000.(RELATED: Gillibrand’s Office Hit With Sexual Allegations, Aide Resigns In Protest)

“Her father Doug Rutnik came to work as a consultant for NXIVM. … He was fired, they sued him, and they had to pay him $100,000,” alleged former NXIVM employee Frank Parlato told Big League Politics. “Her father’s wife, her stepmother, was also a member of NXIVM … Doug got her into the cult, Gillibrand’s father got Gillibrand’s future stepmother into the cult. Doug left the cult because he was sued. Clare Bronfman, after her father was sued, donated money to Gillibrand. Gillibrand accepted it.”

Fox News, The Washington Free Beacon, and Slate all previously reported on Gillibrand’s father and his alleged work. 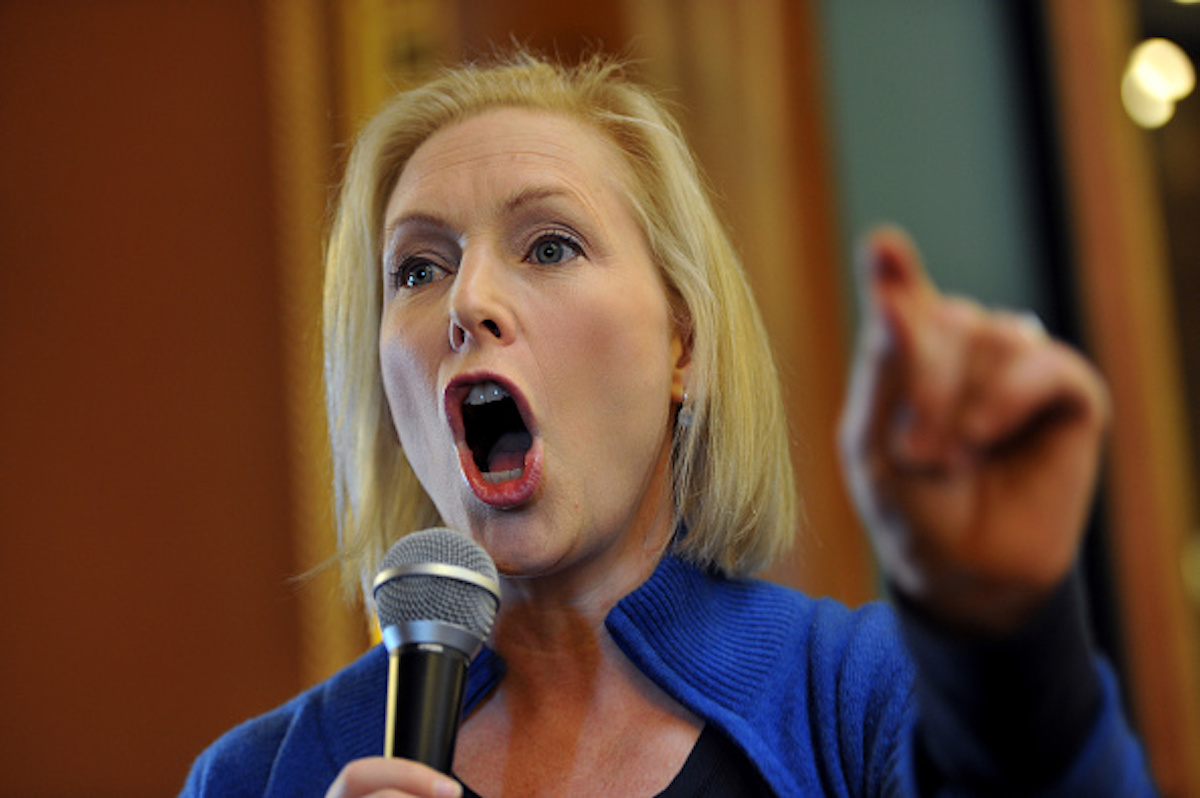 An unnamed source also reportedly told the website that Gillibrand once sat at an NXIVM table at a fundraising event for former Secretary of State Hillary Clinton. (RELATED: Kirsten Gillibrand Campaigns In Iowa City But This Woman Just Wants Some Ranch)

NXIVM has been accused by former members of, among other things, beating and branding sex workers.

Gillibrand has been a major proponent of the #MeToo movement and has sought to frame her campaign as very committed to women’s rights. Gillibrand came under fire from several big figures in her party for leading the charge to oust former Democratic Minnesota Sen. Al Franken after several sexual misconduct allegations were levied against him.

However, Gillibrand’s own actions regarding sexual abuse have come under scrutiny since the start of her campaign. A complaint was filed against Gillibrand’s chief of staff last year for treatment of a female employee, who quit weeks after the issue was officially brought up. Gillibrand has staunchly defended her office’s handling of the situation.

The senator has consistently lagged behind other Democratic presidential contenders in the polls and is widely considered a long-shot to take home the nomination next year.