The president is expected to deliver his third keynote address at the NRA Institute for Legislative Action (NRA-ILA) Leadership Forum on April 26 at the Indiana Convention Center—Lucas Oil Stadium. (RELATED: These Politicians Are Campaigning On Guns, And The Nra Gives Them ‘F’ Ratings)

“Donald Trump is the most enthusiastic supporter of the Second Amendment to occupy the Oval Office in our lifetimes. It is truly an honor to have President Trump address NRA members for the fifth consecutive year,” said Chris Cox, NRA-ILA Executive Director. 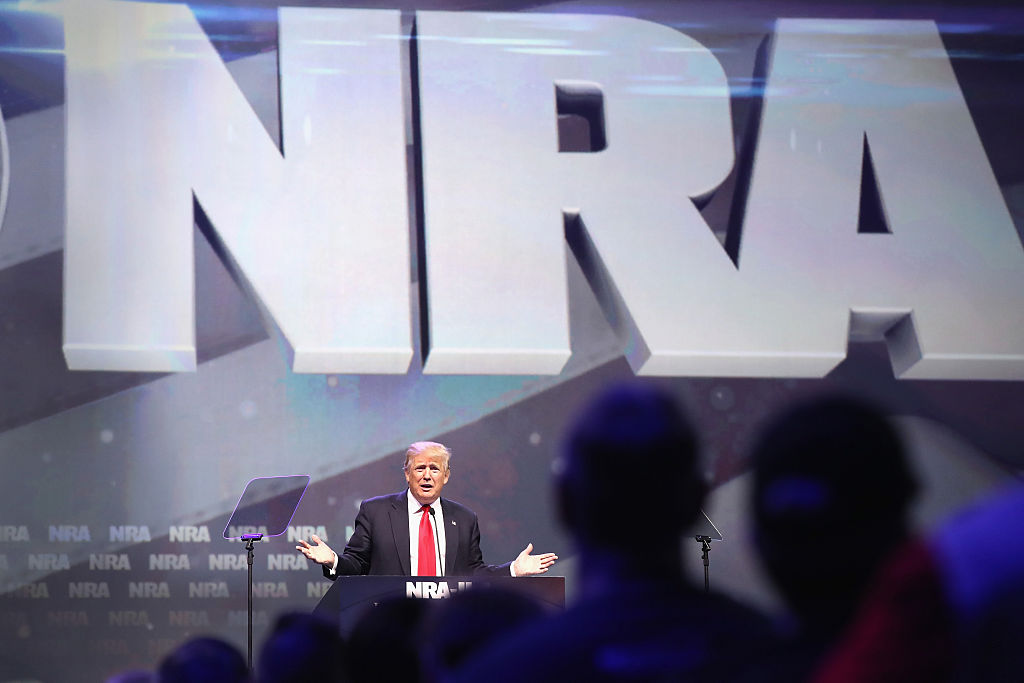 LOUISVILLE, KY – MAY 20: Republican presidential candidate Donald Trump speaks at the National Rifle Association’s NRA-ILA Leadership Forum during the NRA Convention at the Kentucky Exposition Center on May 20, 2016 in Louisville, Kentucky. (Photo by Scott Olson/Getty Images)

He added, “President Trump’s Supreme Court appointments ensure that the Second Amendment will be respected for generations to come. Our members are excited to hear him speak and thank him for his support for our Right to Keep and Bear Arms.”

Trump gained the support of the NRA during his 2016 run for the White House and promised to appoint judges with a strict constitutionalist view of the Second Amendment.

“I kept my promise, and now, with your help, our brand-new Justice—and he is really something very special—Neil Gorsuch, sits on the bench of the United States Supreme Court,” Trump said during his speech at the NRA meeting in 2017 in Georgia, immediately following his election to the presidency.

He went on to say later in his speech, “But you came through for me, and I am going to come through for you. I was proud to receive the NRA’s earliest endorsement in the history of the organization. And today, I am also proud to be the first sitting president to address the NRA Leadership Forum since our wonderful Ronald Reagan in 1983. And I want to thank each and every one of you, not only for your help electing true friends of the Second Amendment but for everything you do to defend our flag and our freedom.”