The Times’ story, which relied on anonymous, secondhand sources, claimed that members of Mueller’s team believe that the report is more damaging to President Donald Trump than Barr indicated in his summary of its principal conclusions, which was delivered to Congress last month. (RELATED: Red Flags Abound For NYT Article On Mueller Report)

Greenwald began, “Well, it’s similar to the journalism that has fueled the three-year hoax that has drowned U.S. discourse: namely, that the New York Times, The Washington Post gives anonymity to totally unknown people to make claims that are completely bereft of any specifics unaccompanied by any evidence whatsoever.”

“So that it’s impossible to analyze and then journalists see it and start celebrating online on social media and cable news as though it’s some sort of a smoking gun,” he continued. “I don’t really have personally any problem with having the Mueller report published, since I don’t think that in this case, a special counsel is just acting as a prosecutor. They are also there to say what actually happened. I think we would all benefit from that so that we no longer have to have CIA leaks trying to manipulate our brain.”

Greenwald went on to point out that the anonymous people who are allegedly unhappy feel that way based on Barr’s characterization that Trump did not obstruct justice. 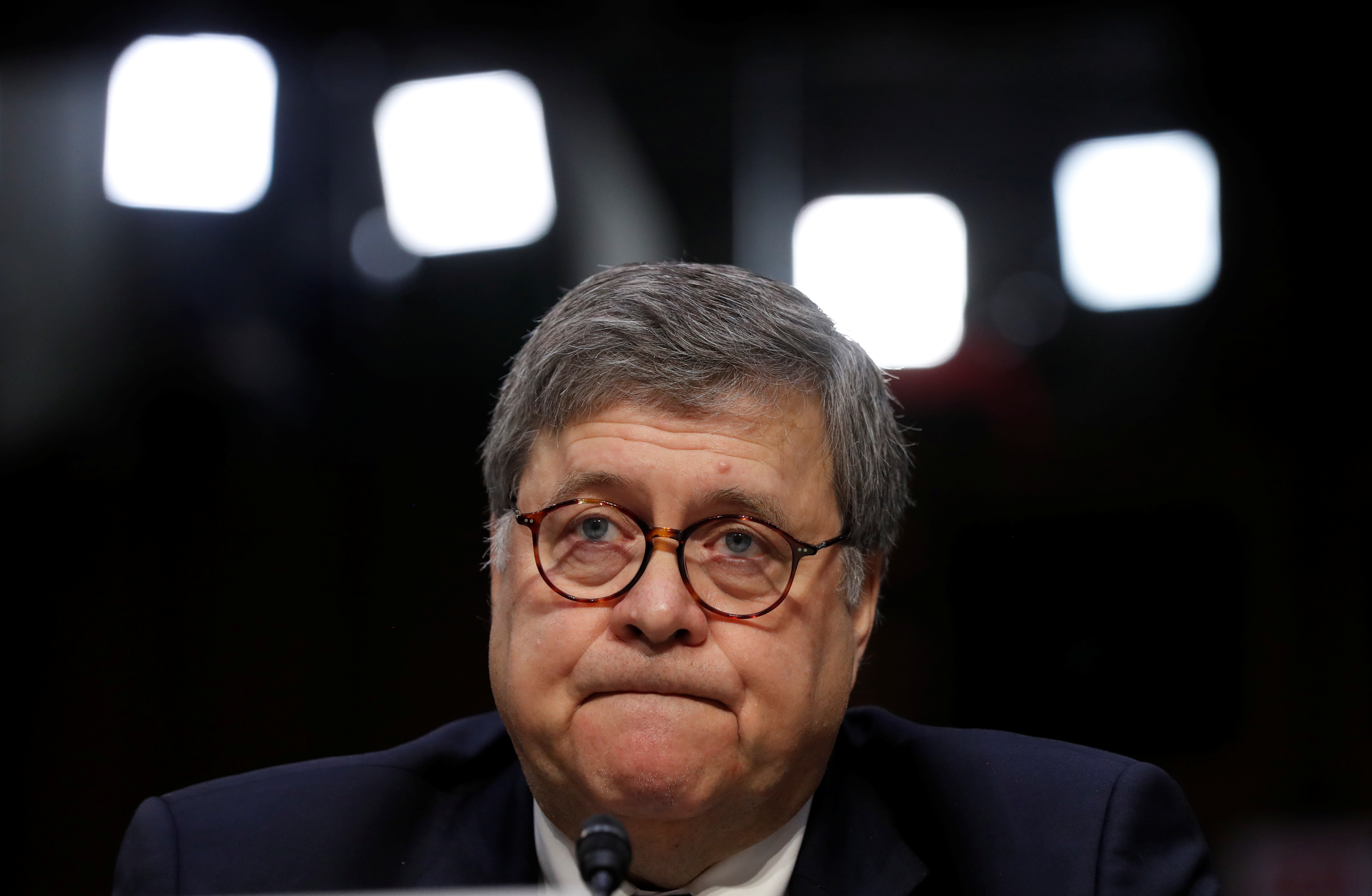 William Barr testifies at the start of the U.S. Senate Judiciary Committee confirmation hearing on his nomination to be attorney general of the United States on Capitol Hill in Washington, U.S., January 15, 2019. REUTERS/Kevin Lamarque

He continued, “It’s amazing that actually the part about the no collusion got bolstered because even these malcontents who are complaining to the New York Times anonymously are saying, ‘We don’t have the problem with the section finally finding no collusion.'”

The Washington Post followed up on the NYT’s report that quoted sources but they still did not talk to members of the Mueller team.

The Department of Justice pushed back on their reporting.

“Every page of the ‘confidential report’ provided to Attorney General Barr on March 22, 2019, was marked ‘May Contain Material Protected Under Fed. R. Crim. P. 6(e)’ — a law that protects confidential grand jury information — and therefore could not be publicly released,” Justice Department spokeswoman Kerri Kupec previously said in a statement to The Daily Caller.