Friday’s order was the third application relating to the bump stock ban that the Supreme Court has rejected in recent weeks.

The plaintiffs in Friday’s case were five individuals and three gun rights organizations, including the Firearms Policy Foundation, the Madison Society Foundation, and Florida Carry. They sought a temporary reprieve from the ban for themselves and their members.

“Absent a stay, applicants and their members will be required to surrender or destroy their property or face felony charges for possession of devices that were unquestionably legal under ATF’s construction of the statute for the past 85 years and ATF’s prior written rulings stating as much,” their petition reads.

Neither the vote count nor the Court’s reasoning was disclosed, as is typical of orders of this nature, though Justices Clarence Thomas and Neil Gorsuch noted their dissent.

Bump stocks are an accessory that increase a semiautomatic rifle’s rate of fire. The Department of Justice says the appendage effectively turns a semiautomatic weapon into a machine gun, which the government can aggressively regulate under the Firearms Act of 1986. (RELATED: Justice Gorsuch To Drop Book On The Constitution, Supreme Court Confirmation)

The Supreme Court has separately dismissed two other bids to delay implementation of the new bump stock rule: Chief Justice John Roberts rejected one such application in late March, and the full Court turned away a second one on March 28. 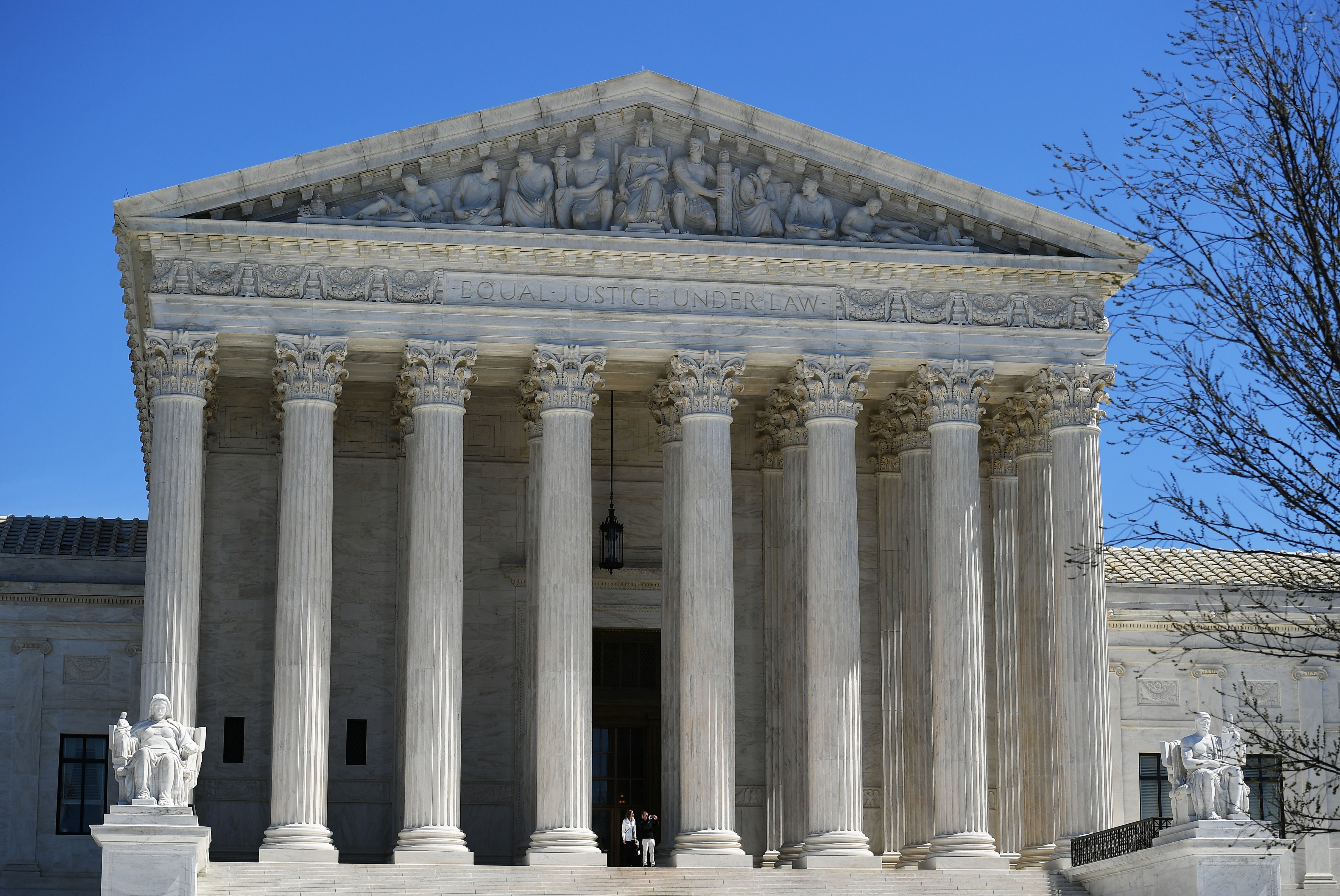 The Supreme Court as seen on March 27, 2019 (Mandel Ngan/AFP/Getty Images)

The administration promulgated a new rule banning the possession and distribution of bump stocks after the Harvest music festival massacre in Las Vegas, Nevada. Gunman Stephen Paddock outfitted more than a dozen AR-15 rifles with bump stocks to perpetrate the massacre. 58 people died, and hundreds were injured.

The ban took effect on March 26. There are 500,000 bump stocks in circulation, according to Gun Owners of America. The new rule requires any person or entity in possession of bump stocks to destroy or surrender them to the Bureau of Alcohol, Tobacco, Firearms and Explosives (ATF).

There is one man in America who can legally own bump stocks as of this writing. Utah Shooting Sports Council chairman Clark Aposhian obtained a temporary stay of the ban from the 10th U.S. Circuit Court of Appeals on March 21. The stay applies to him only.