Seven people who had knowledge about the investigation were cited by The Washington Post’s report Thursday. Six out of the seven people were parents of current team members.

The six parents said their daughters heard Hatchell used the words “noose” and “tree” after the coach was allegedly not happy with the players’ performance against Howard University, despite winning the game. The incident allegedly occurred in the current season, WaPo reported.

The parents differed in what Hatchell allegedly said, however. 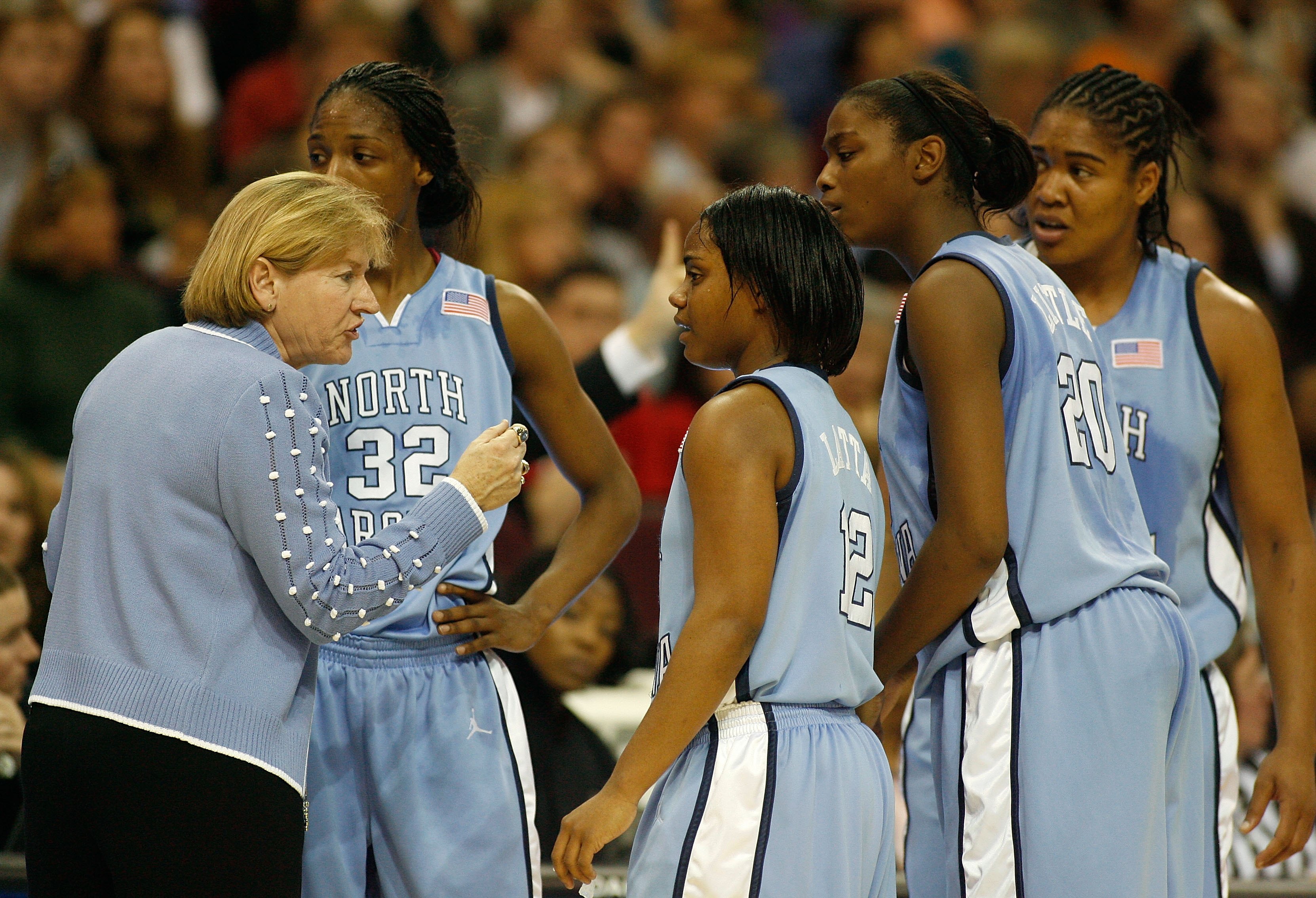 CLEVELAND – APRIL 01: Head coach Sylvia Hatchell of the North Carolina Tar Heels talks with her players during a timeout against the Tennessee Lady Volunteers during their National Semifinal game of the 2007 NCAA Women’s Final Four at the Quicken Loans Arena on April 1, 2007 in Cleveland, Ohio. Getty Images/ Gregory Shamus

Another parent said the remark was, “We’re going up to Louisville. Those people are going to be waiting with nooses to hang you from trees,” according to WaPo.

“She said, ‘They’re going to take a rope and string us up, and hang us out to dry,’ Smith said, according to ESPN. (RELATED: Next USC President Was The UNC Chancellor Embroiled In Swift Confederate Monument Controversy)

Smith added that many African-American women enjoyed playing under Hatchell’s leadership and there was “not a racist bone in her body,” ESPN reported.

A larger group of parents also alleged at a meeting on March 28 that players felt pressured to compete despite suffering injuries, according to WaPo. One player reportedly had a torn tendon in her knee, another needed shoulder surgery and a third had a concussion.

The University of North Carolina at Chapel Hill announced Monday that Hatchell was placed on paid leave, WaPo reported.

“As we announced on Monday, we have a review underway to assess the culture of our women’s basketball program and the experience of our student-athletes,” university spokesman Steve Kirschner said to The Daily Caller News Foundation over email Friday. “We will have no further comment until the review is complete and we have all the facts.”

Hatchell was inducted into the Naismith Basketball Hall of Fame in 2013, according to UNC’s website. She also has a 1,023-405 record over 44 seasons.

Smith did not immediately respond to TheDCNF’s request for comment.