“A Hill to Die On,” by Politico reporters Jake Sherman and Anna Palmer, isn’t out until Tuesday, but Axios’ Mike Allen released a few “juicy nuggets” on Sunday, including details about Ryan’s decision and Trump’s surprising reaction.

From the Axios report:

On Oct. 10, 2016, three days after the “Access Hollywood” tape emerged, Ryan held “a rare conference call with all House Republicans. Ryan’s message on the call was blunt: Republicans should feel free to abandon Trump.”

“I am not going to defend Donald Trump,” Ryan said. “Not now, not in the future.”
“He couldn’t shake the fact that Trump was so vulgar. People just don’t talk like that where I’m from, he thought.”

As Election Night wore on, Ryan thought: “Oh my God … This guy might’ve done it.”

“This is unbelievable,” Ryan told Trump. “It looks like you’re going to win.

Sherman and Palmer reportedly asked Trump why he gave Ryan a pass. “Because it’s life and we sort of need each other a little bit,” Trump said. 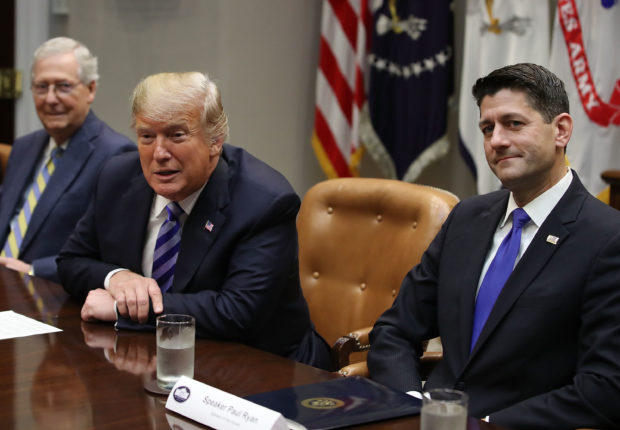 Nevertheless, tensions had long existed between Ryan and Trump before the House speaker ultimately decided to retire from public office. Interestingly, GOP Rep. Louie Gohmert told The Daily Caller’s Derek Hunter last December that Ryan had told GOP House members they should actually run against the president in order to win their own elections. (RELATED: Paul Ryan: ‘Sometimes’ Trump Can Be A Unifier)

“Just a few weeks before the election, we were told by Paul, by our elected leaders that, gee, the only way we can keep the House majority is just all of us start running against the president,” Gohmert told Hunter, who was guest-hosting on WMAL. “Fortunately, we had enough people one after another on the call that pushed back so hard they backed off of that.”