Ten international corporations contacted by The Daily Caller News Foundation got their start in the U.S. but stayed silent when asked if they saw themselves as “American” companies.

Nine others responded to TheDCNF’s inquiry by either identifying with their American heritage, obscuring their loyalties or declining to comment altogether. (RELATED: EXCLUSIVE: TheDCNF Asked Paris Climate Accord Backers If They’d Support Banning Private Jets. Most Didn’t Respond)

TheDCNF wanted to gauge the commitment of international corporations with roots in the United States to keeping an “American” identity. TheDCNF did not define what an “American” company looks like or list out any principles or ideals that “American” companies are committed to, leaving each business to attach meaning to the name if one chose to stand by it.

Representatives for Amazon, Apple, Chevron, General Electric and others did not respond to TheDCNF’s inquiry.

The tech companies Google, Facebook and Twitter – all headquartered in California – are under distinct pressure to increase transparency and be upfront about their commitments, especially as it relates to censored content. Conservatives especially have taken issue with the tech giants’ policies, and U.S. politicians are wary of the companies’ operations in foreign countries.

When asked if each identified as “American,” Google and Twitter either gave or directed TheDCNF to statements that characterized the companies as American. Facebook directed TheDCNF to two articles by CEO Mark Zuckerberg that referred to Facebook as a “global company.”

The health care giant Cardinal Health, headquartered in Dublin, Ohio, said it would “pass on this opportunity at this time, but will consider opportunities in the future.” The drug wholesaler AmerisourceBergen, based in Chesterbrook, Pennsylvania, said, “We are unable to fulfill your request for response at the moment and apologize for any inconvenience.”

A spokesman for the health care giant United Health, based in Minneapolis, said the company is focused on “serving individuals based on their specific needs to ultimately help improve the health outcomes and experiences for millions of people over time. … We think globally, but always act locally and focus on how to help each person and the entire health care system work better.”

A representative for the international pharmacy CVS Health, headquartered in Woonsocket, Rhode Island, said it was “the premier health innovation company in the United States whose purpose is helping people on their path to better health.”

The automaker General Motors is headquartered in Detroit and has been a fixture in the Motor City since Alfred Sloan moved the company there nearly a century ago.

“GM has manufacturing, assembly, distribution, office or warehousing operations in 33 countries. But GM unquestionably is an American company with a deep and abiding commitment to U.S. manufacturing,” a GM spokesman told TheDCNF in a statement.

JPMorgan Chase, an investment and banking giant headquartered in New York City, traces its roots in the U.S. back to 1799, nearly as old as the U.S. itself. A spokesman for JPMorgan described the firm as an “American Institution” in response to TheDCNF. 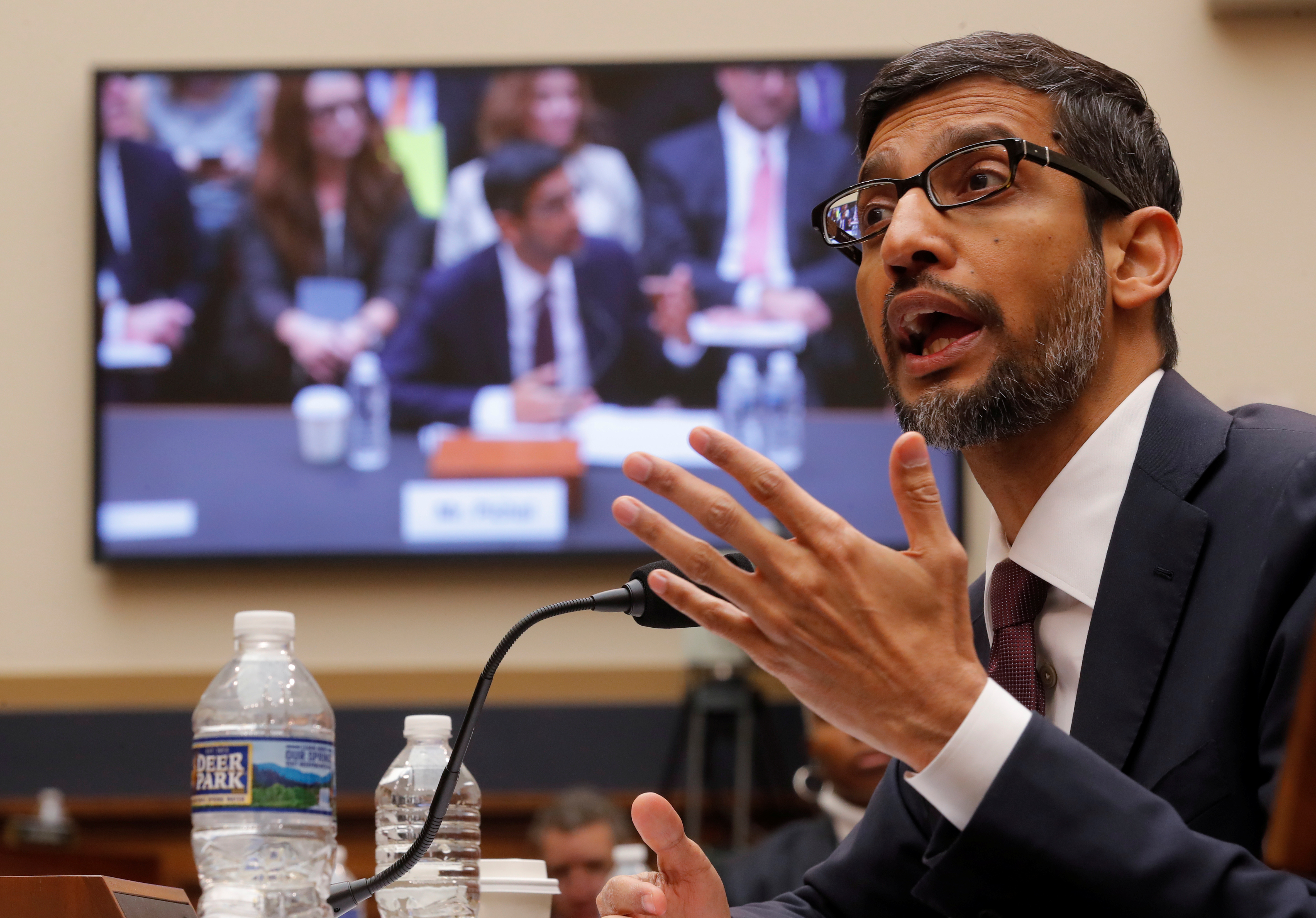 In response to TheDCNF, a representative from Google directed TheDCNF to CEO Sundar Pichai’s testimony in front of the House Judiciary Committee in December. Google pointed out one part of Pichai’s remarks in particular:

Even as we expand into new markets, we never forget our American roots. It’s no coincidence that a company dedicated to free flow of information was founded here in the U.S. As an American company, we cherish the values and freedoms that have allowed us to grow and serve so many users and I am proud to say we do and we will continue to work with the government to keep our country safe and secure.

At the hearing, lawmakers peppered Pichai on how the company handles personal information and on its operations in foreign countries, specifically Project Dragonfly, an attempt to build a new search engine that would comply with China’s censorship laws.

When details of Dragonfly first appeared in The Intercept, critics blasted Google for attempting to work with Beijing on providing a service that would radically restrict views and speech at best and potentially aid the government in identifying targeted individuals and groups.

Pichai testified the project was scrapped and that Google has “no plans” to construct such a service for use in China after the company left the country in 2010.

Conservatives allege that Google has unfairly targeted conservative viewpoints. Communications between Google employees obtained by TheDCNF in November show that employees debated burying content from sites such as The Daily Caller and Breitbart deep down in web results. 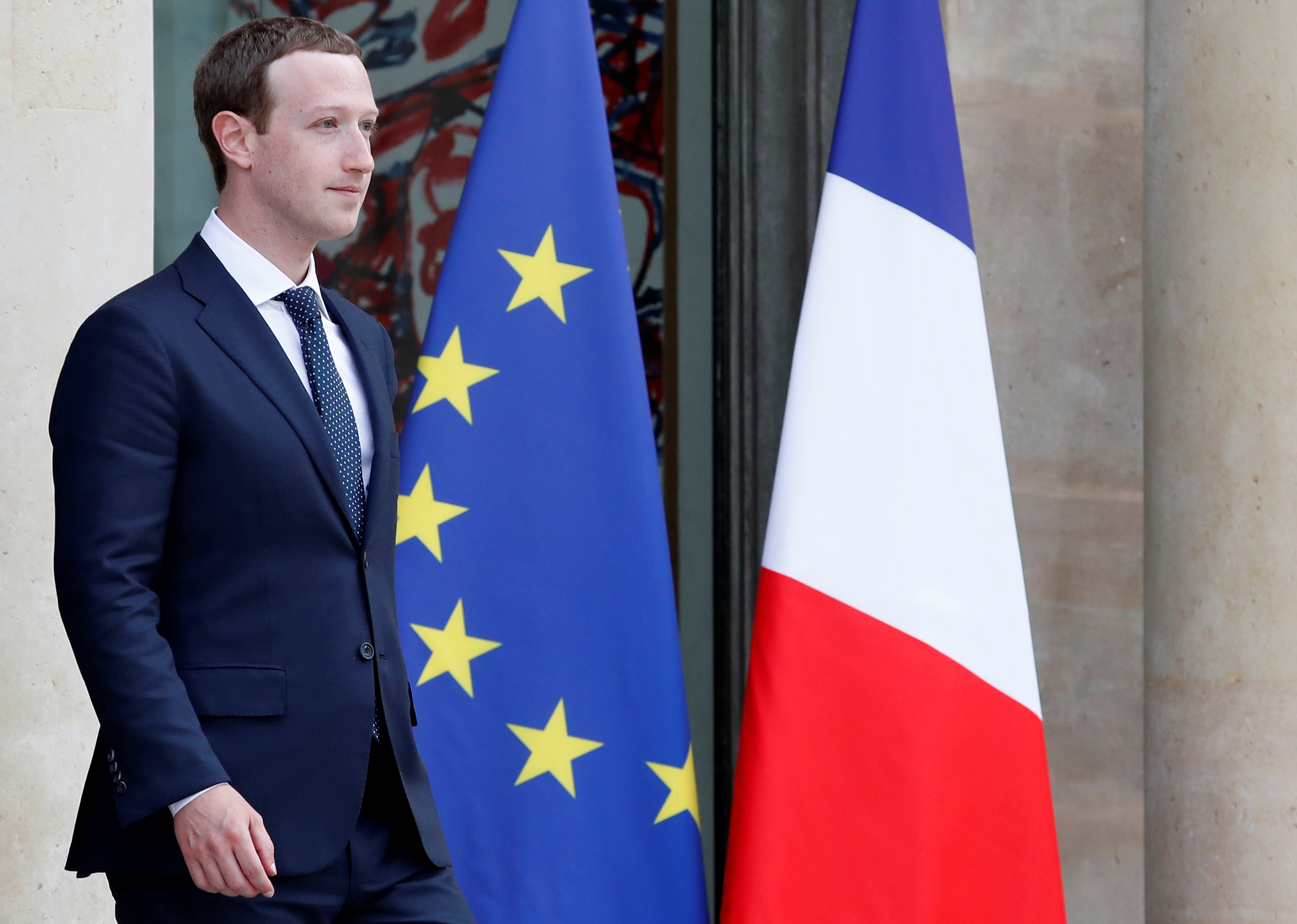 Facebook’s CEO Mark Zuckerberg leaves after a meeting with French President at the Elysee Palace in Paris, France, May 23, 2018. REUTERS/Christian Hartmann

When TheDCNF asked a representative from Facebook to characterize the company, representative directed TheDCNF to two articles written by Zuckerberg in The Wall Street Journal and The Washington Post.

The article in WSJ attempts to broadly describe the company’s business model and how it relates to data security and collection. The article in WaPo focuses on the “immense responsibilities” Facebook faces to protect its consumers from hate speech, fake news and cyberattacks.

Zuckerberg and Facebook are pushing for government regulators to play a more active role in policing social media companies and the internet more broadly. As a “global company,” that regulation isn’t limited to the U.S.

Facebook is working with French officials to turn over some of the company’s authority to monitor information on the platform to the French government. Such a framework would lessen Facebook’s responsibility for content and allow it to at least share blame with the government. 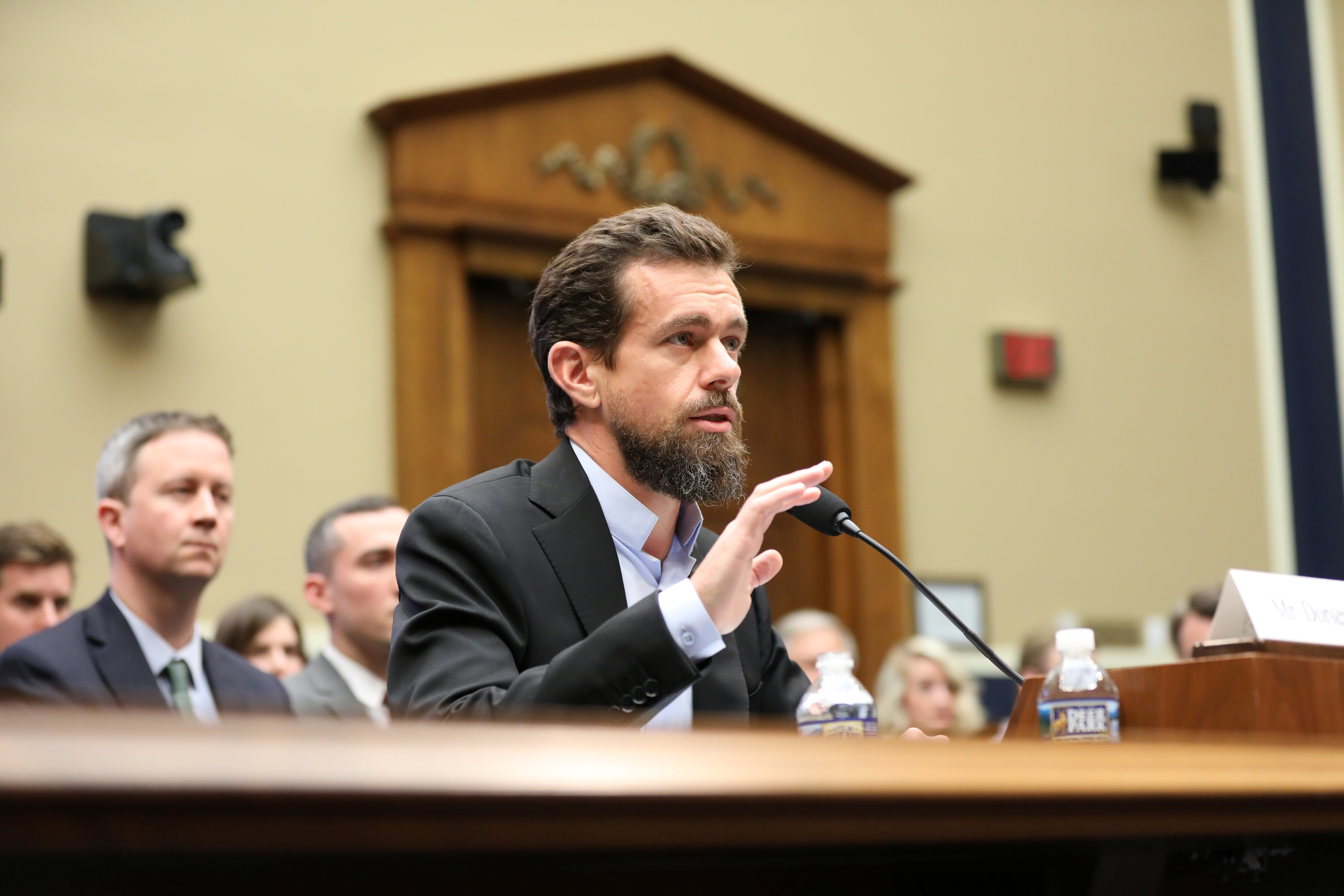 Twitter told TheDCNF that it is an “American company with offices and employees around the globe.”

“We believe that everyone should have the power to create and share ideas and information instantly, without barriers. In order to protect the experience and safety of people who use Twitter, there are some limitations on the type of content and behavior that we allow,” a Twitter representative told TheDCNF in a statement.

Twitter has faced criticisms similar to the other tech giants over allegations of censorship and “shadow banning,” or reducing the visibility of, conservative accounts and content. Twitter CEO Jack Dorsey is candid about the company’s left-wing bias but insists that it does not discriminate against accounts on the basis of politics.

The company attempts to adhere to the various laws relating to content in the countries in which it operates, but the platform sometimes takes its censorship steps further. It outlines its rules for online behavior in its user agreement, which includes a ban on “hateful conduct.”

Twitter also seeks to limit behavior that it deems “abusive,” even if such conduct is not explicitly banned under its user agreement, according to a September blog post by company executives. Early in 2019, the platform began punishing users that tweeted “learn to code” at journalists who had lost their jobs.

The platform insisted the “learn to code” ban was meant to combat a targeted harassment campaign orchestrated by online internet trolls, but enforcement action often missed the mark by punishing accounts that were either joking or not involved with an organized harassment campaign.

1
Moderators Struggle As 10th Dem Debate Turns Into Absolute Shouting Match
Politics
2
Bloomberg Says He 'Bought' The Democratic House Majority
Politics
3
Trump Snaps At Jim Acosta’s One-Liner On 'Truth' In India — 'You Ought To Be Ashamed Of Yourself'
Politics
4
FBI Agent Faulted In FISA Report For 'Significant' Errors Has Finally Been Identified
Politics
5
Is The Corbynization Of The Democratic Party Complete?
Editorial