The remarks were made to reporters after a campaign rally in Iowa, during which the former Democratic Texas U.S. Representative was asked about the conflict in the region, according to a CNN report.

“I don’t think Benjamin Netanyahu represents the true will of the Israeli people or the best interests of the U.S.-Israel relationship, or any path to peace for the people of the Palestinian Authority, the Gaza Strip, and the state of Israel,” O’Rourke said of the Israeli leader, who has been re-elected four times. 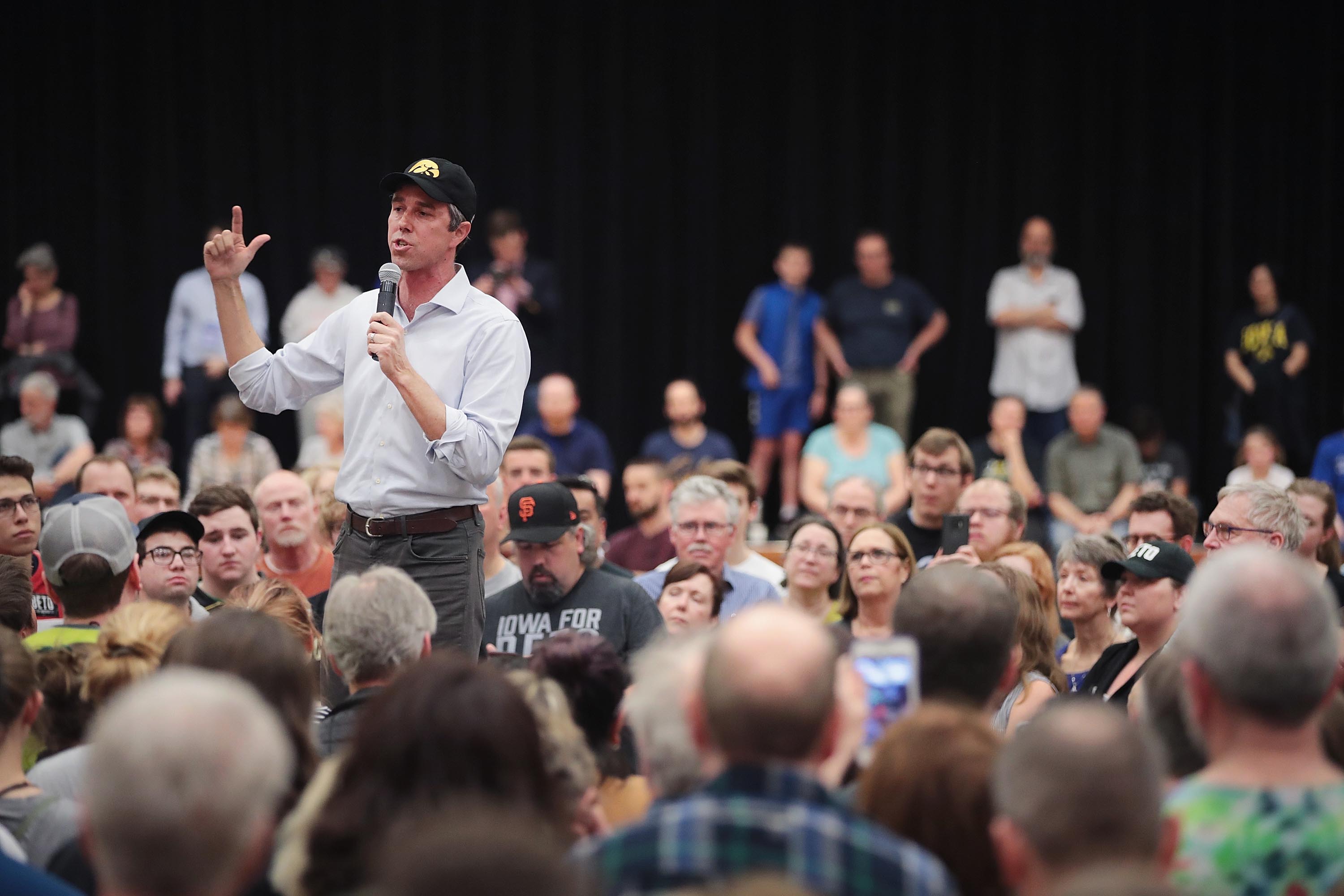 IOWA CITY, IOWA – APRIL 07: Democratic presidential candidate Beto O’Rourke speaks during a campaign rally at the University of Iowa on April 07, 2019 in Iowa City, Iowa. The rally was O’Rourke’s final stop of a five-day campaign swing through the state. (Photo by Scott Olson/Getty Images)

“And it must be able to transcend a prime minister who is racist,” he went on, “as [Prime Minister Netanyahu] warns about Arabs coming to the polls, who wants to defy any prospect for peace as he threatens to annex the West Bank, and who has sided with a far-right racist party in order to maintain his hold on power.”

O’Rourke went on to endorse a two-state solution as the “best opportunity for the full human rights of everyone who is living in that region.”

The comments seek to establish his position within the ongoing debate between President Trump and Democrats over Israeli policy and the president’s support of Netanyahu, who visited the White House in March. Trump signed a proclamation recognizing the Golan Heights as part of Israel during their meeting.

The discussion comes before Israeli elections are held Tuesday, where Netanyahu hopes to secure a historic fifth term in office and has campaigned on his strong ties with Trump, who voiced his support of the prime minister Saturday in a speech to the Republican Jewish Coalition, “I stood with your prime minister at the White House to recognize Israeli sovereignty over the Golan Heights,” according to the Associated Press. (RELATED: Trump Calls Netanyahu ‘Your Prime Minister’ While Speaking To American Jewish Group)