Democratic California Gov. Gavin Newsom’s signing of an order temporarily ended capital punishment in his state, impacting inmates part of the largest death row “in the Western hemisphere” while Newsom is in office.

The order affects 737 inmates on death row, “the largest death row in the United States of America,” according to Newsom. This puts California in lockstep with the Democratic Party’s more progressive plank, which increasingly equates the death penalty with criminal justice reforms, viewing its continuation as a civil rights injustice, The New York Times reported Sunday.

Florida, in comparison, has 343 inmates on death row, according to Politifact. Mexico and Canada no longer have death penalties, and death row expert Robert Dunham told Politifact in 2016 that between Cuba, Guatemala, Guyana and a few other Caribbean countries, “none of them have death rows that are remotely the size of California’s or even Florida’s.” 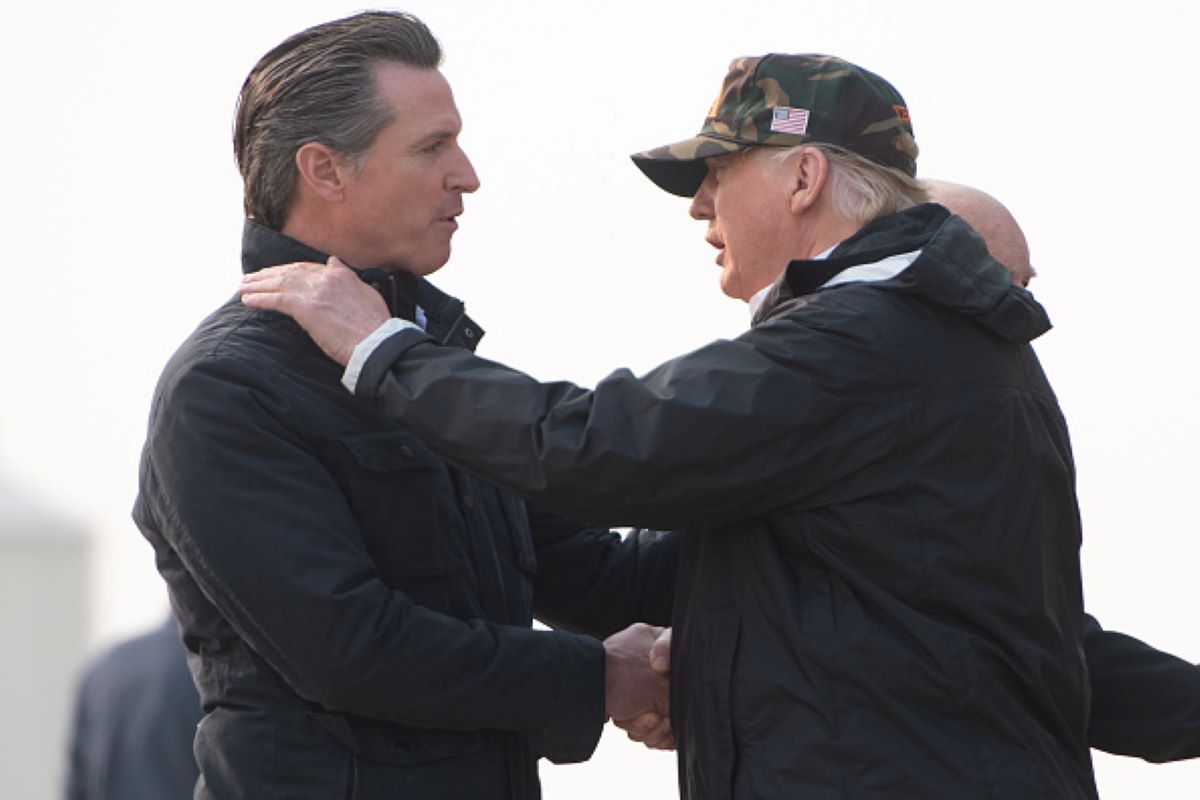 US President Donald Trump greets California Governor-elect Gavin Newsom (L) as he disembarks from Air Force One upon arrival at Beale Air Force Base in California, November 17, 2018, as he travels to view wildfire damage. (Photo by SAUL LOEB / AFP) (Photo credit should read SAUL LOEB/AFP/Getty Images)

A number of 2020 Democratic presidential hopefuls have been rallying around Newsom’s order, including Democratic California Sen. Kamala Harris, who opposes capital punishment, but previously “refused to take a stand on ballot initiatives that proposed to abolish it” in 2012 and 2016, according to TheNYT.

Former Texas Rep. Beto O’Rourke also voiced his opposition to capital punishment, calling it “not an equitable, fair, just system right now — the guarantees and safeguards against wrongful prosecution, the disproportionate number of people of color who comprise our criminal justice system.”

Opposition to capital punishment has not always been popular among California’s residents.

In 2014, voters shot down a proposal to end the death penalty by 4 points — an outcome that was matched by an even larger margin in 2016, when voters struck it down by 6.4 points and passed a ballot initiative to expedite executions.

Former presidential candidate Hillary Clinton supported the death penalty as the Democratic Party’s nominee in 2016, potentially being the last primary nominee to do so. (RELATED: Trump Dings Newsom For Disregarding California Voters When It Comes To The Death Penalty)

Based on the results of an October 2018 Gallup poll, more Americans still favor capital punishment “for a person convicted of murder,” with 56 percent voicing approval versus 41 percent opposed.

Among Democrats specifically, 35 percent approve and 59 percent are opposed to capital punishment, according to a 2018 Pew Poll.