Republican Maine Sen. Susan Collins only donations above $200 from 15 residents of her home state — a possible snub in response to her strong stance against President Donald Trump, according to a report from Roll Call.

Collins reported that she raised $1.1 million in the first quarter of 2019, but only $9,200 came from supporters that actually lived in Maine from 17 itemized donations coming from 15 residents.

The senator won reelection during the 2014 election cycle and raised $52,000 from 46 itemized contributions in the first quarter of 2013. Those in-state donations made up 41% of her total for the same time period in 2013. (RELATED: Susan Collins Set A Personal Fundraising Record After Her Pivotal Vote For Kavanaugh) 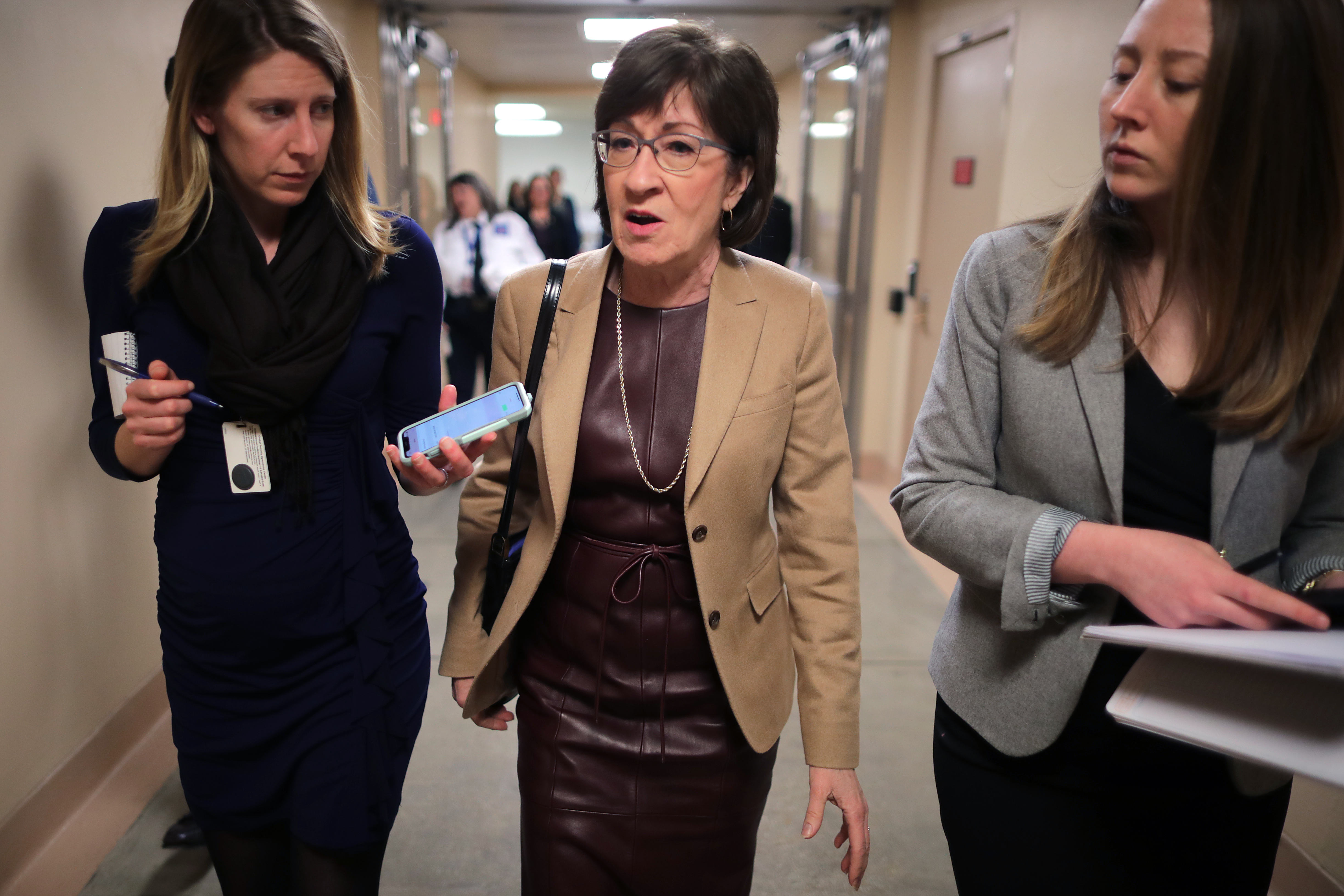 Sen. Susan Collins (R-ME) talks to reporters as she heads to the U.S. Capitol … (Photo by Chip Somodevilla/Getty Images)

Collins recently told Axios she was “appalled” by Trump’s health care plan: “I think the Justice Department has a duty to defend the duly enacted laws. … I’m appalled. He should not try to get rid of it through the courts.”

She also announced in January that she was “not prepared” to endorse Trump ahead of the 2020 presidential race. As the senator told PBS’s Judy Woodruff at the time:

I’m really focused on my own campaign for 2020, and I really haven’t focused on the presidential campaign. So I’m not prepared at this point to make that decision. I don’t know. I’m going to have to see what happens between now and then and look at what his record is. I can’t imagine that I would endorse any of the Democrats who are running right now, but I’m going to focus on 2020 in 2020.

Collins was threatened and targeted in the mail with a suspicious package during the Kavanaugh hearings from Democrats who wanted her to oppose the Supreme Court Justice. Her vote in favor of Trump’s pick ultimately set the stage for his confirmation in the Senate.

1
'What, Are You Working For CNN?' Trump Takes Issue With Question From Fox News' John Roberts
Politics
2
Chinese Markets Reopen — And They Still Sell Bats, Dogs And Cats
World
3
Japan's Deputy Prime Minister Says The WHO Should Change Name To The China Health Organization
World
4
Inside The Dark Money Dem Group Using An Umbrella Network To Flay Trump Over His Virus Response
Politics
5
'Shame On You': Andrew Cuomo's Former Girlfriend Shuts Down Nipple Piercing 'Nonsense'
Entertainment