Iranian lawmakers chanted “death to America” and dressed in paramilitary uniforms while convening for an open Parliament session Tuesday, according to the Associated Press.

The chants come in response to President Donald Trump’s designation of the Iranian Revolutionary Guard Corps (IRGC) as a foreign terrorist organization on Monday. Continuing pressure on the Middle Eastern country, the move allows the U.S. Treasury Department to levy sanctions on both the organization and the entities it deals with.

The IRGC has been implicated with terrorist plots against the U.S. military and funding other known terrorist organizations such as Lebanese Hezbollah.

Iran, however, responded to the move within hours by labeling the U.S. Central Command and all of its forces as a terrorist group and even labeling the U.S. as a “supporter of terrorism.” (RELATED: Iran Runs First Missile Test Since US Withdrawal From Nuclear Deal) 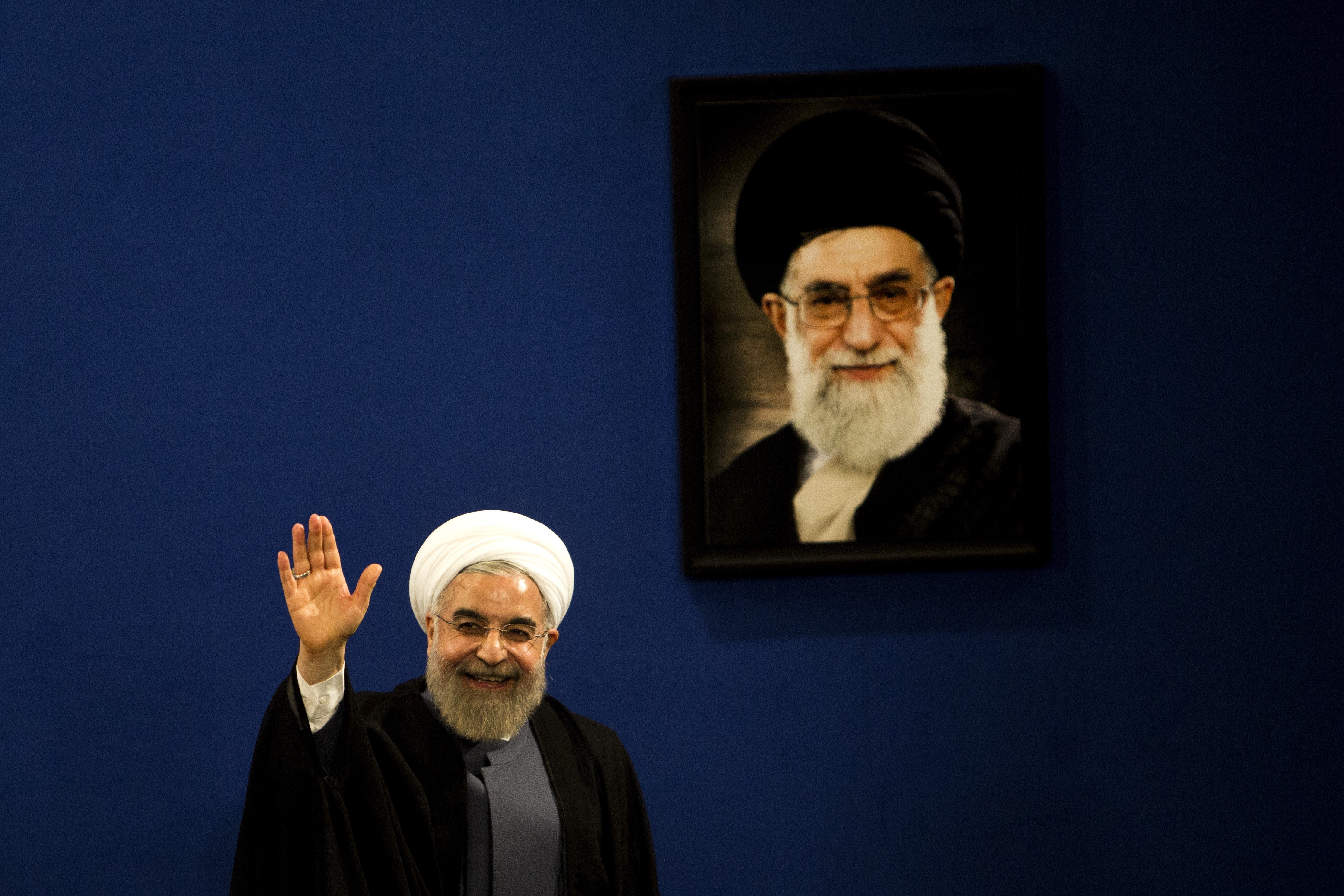 Iranian President Hassan Rouhani waves to journalists next to a portrait of supreme leader Ayatollah Ali Khamenei (R) at the end of a press conference in Tehran on June 13, 2015. (BEHROUZ MEHRI/AFP/Getty Images)

In a show of support for the IRGC, lawmakers wore the uniform of the guards while they convened on the National Day of the Revolutionary Guard, which follows the lunar calendar.

During the Parliament session, Iranian leaders claimed that the force’s popularity will only grow further in the aftermath of the U.S. designation. Iran President Hassan Rouhani said that guard members would be dearer “than any other time in the hearts of Iranian nation,” and Supreme Leader Ayatollah Ali Khamenei claimed that America’s “evil designs would not harm” the force.

Additionally, Parliament Speaker Ali Larijani called the U.S. decision the “climax of stupidity and ignorance.” The Supreme National Security Council’s spokesman, Keivan Khosravi, said that “any unusual move by American forces in the region will be perceived as the behavior by a terrorist group.”

Iranian newspapers and state-run press, which are subject to government control, also had confrontational commentary for the U.S. decision. IRGC-affiliated Javan daily said that any attack on the force’s bases and facilities would be “recognized as a right” for Iran to respond. (RELATED: Iranian Politician Discusses Facilitation Of 9/11 Hackers)

Going a step further, the hard-line Kayhan newspaper said it gave Iranians “permission” to kill American military personnel and the state-run IRAN daily said that the U.S. label was the “designation of the entire Iranian nation.” 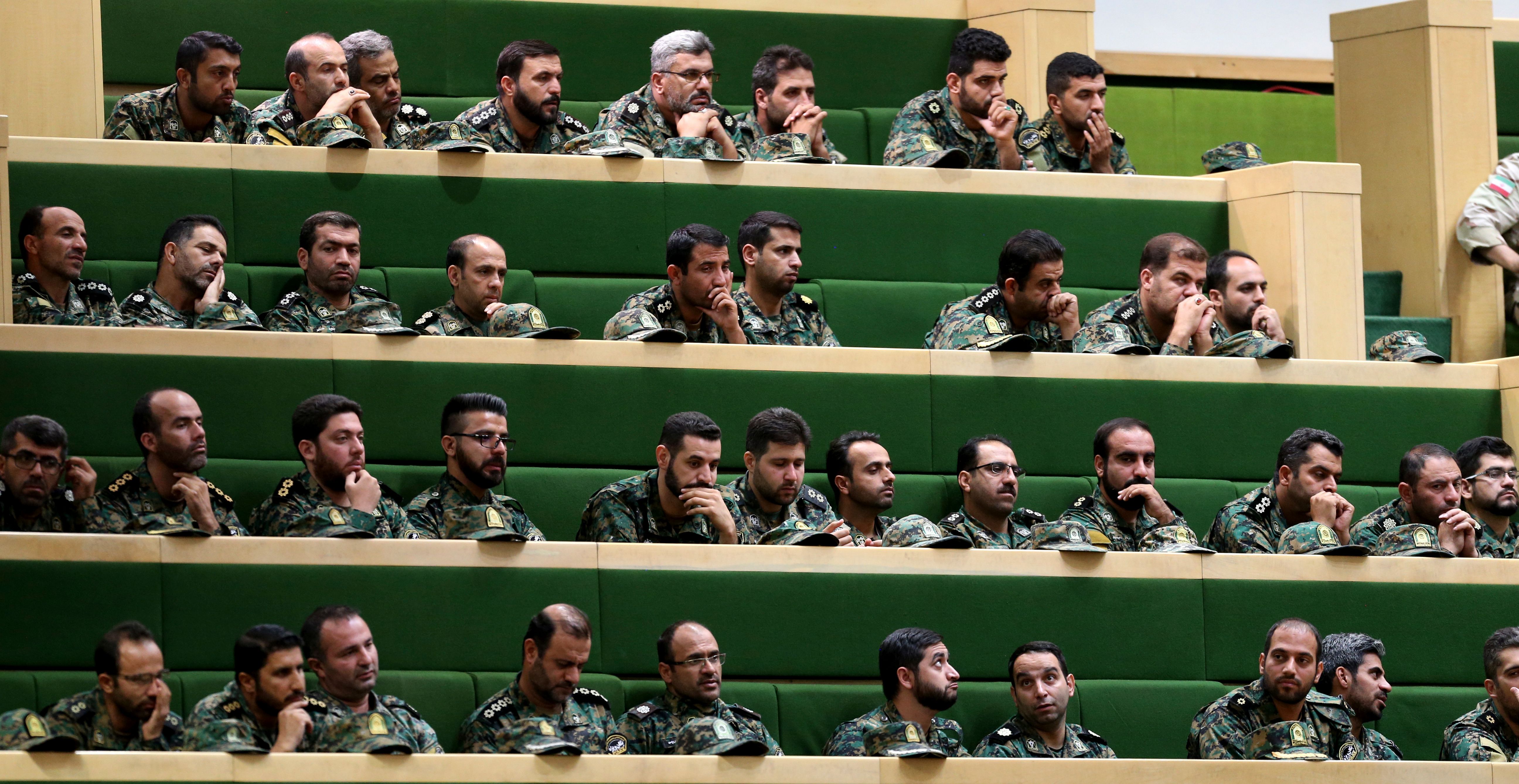 Members of the Iranian Revolutionary Guard listen to a speech in parliament in Tehran on October 7, 2018, over the a bill to counter terrorist financing. (ATTA KENARE/AFP/Getty Images)

But Saudi Arabia — one of Iran’s rivals — praised the United States’ decision, calling it a “serious and practical step to combat terrorism.” A foreign ministry official said the designation “translates Saudi Arabi’s repeated demands for the international community to confront terrorism supported by Iran.”

China chimed in on the U.S. designation and urged that countries outside of the Middle East to “promote peace and stability … and avoid actions that may lead to further escalation of the situation.” Beijing is one of Tehran’s close economic partners and also sided with Iran and Russia in the Syrian conflict. (RELATED: How The Iran-Russia-Syria Alliance Is The Middle East’s ‘Number One Problem’)

“We oppose power politics and bullying by any countries,” China’s Foreign Ministry Spokesman Lu Kang said about the designation.

This is not the first time that Iranian officials have used the “death to America” phrase. In February 2018, Supreme Leader Ali Khamenei reinforced that the slogan specifically meant “death to Trump and John Bolton and Pompeo.”