Republican California Rep. Devin Nunes is suing the McClatchy Company media group and other co-defendants over a story that linked the congressman to a charity event that allegedly included cocaine and underage prostitutes.

The congressman told “Hannity” Monday night that the lawsuit was about more than personal vindication because he says conservatives are being unfairly targeted in the media and online: “I think people are beginning to wake up now, I’m serious — I’m coming to clean up the mess.” (RELATED: Nunes: Democrats Want Full Mueller Report ‘So They Can Leak It’) 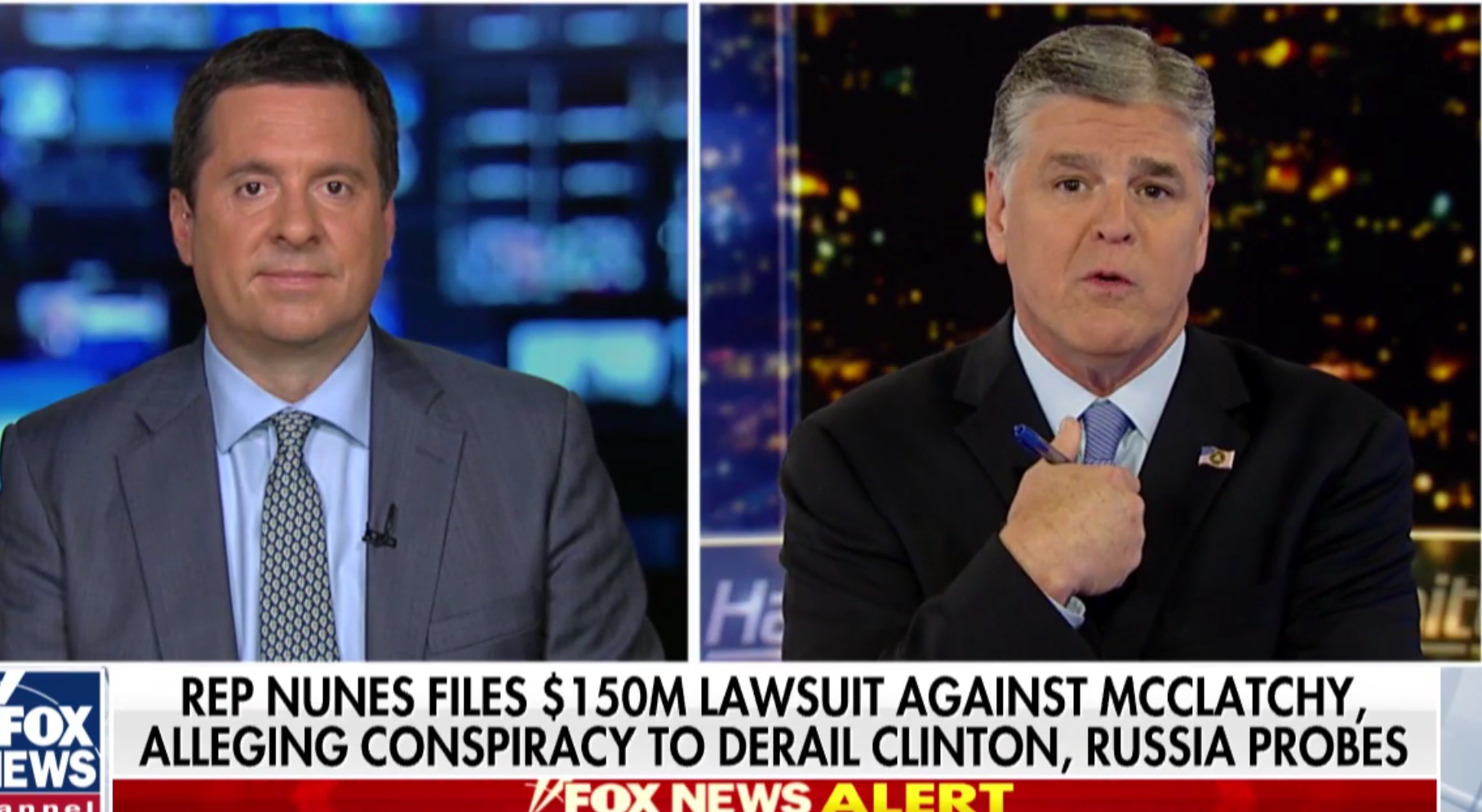 This is Nunes’ latest lawsuit. Numerous reports on Monday indicated that Nunes was also sending eight criminal referrals to the Department of Justice for alleged surveillance abuses and false statements to Congress surrounding the investigation into purported Russian interference in the 2016 election.

Nunes names Republican operative Liz Mair in his suit, accusing her of colluding with McClatchy reporter MacKenzie Mays to promote a story that suggested Nunes was somehow involved in a cruise trip that featured illegal activities.

They need to retract everything they did against me, but they also need to come clean with the American people. Retract all of their fake news stories. This is part of the broader clean-up. Remember, a few weeks ago, I filed against Twitter — they’re censoring conservatives. McClatchy is one of the worst offenders of this. But we’re coming after the rest of them. I think people are beginning to wake up now, I’m serious — I’m coming to clean up the mess.

Nunes acknowledges that it is neither an easy task nor a popular one to sue a journalist but he argues that many in the media have “abandoned the role of journalist and chose to leverage their considerable power to spread falsehoods and to defame” for “political and financial gain.” (RELATED: Devin Nunes: Michael Cohen ‘Totally Debunked’ The Steele Dossier In Congressional Testimony’)

Nunes also told Hannity that “a couple of reporters [at McClatchy] were among the biggest perpetrators of the Russia hoax” while he says the newsgroup was “slandering me, attacking me and other Republicans.”