Republican Reps. Sean Duffy of Wisconsin and Matt Gaetz of Florida sat down to discuss a variety of issues going on in Congress, including a trade act.

Gaetz joined Duffy on his “Plaidcast” podcast Tuesday for an upcoming episode and mentioned one of his “very favorite bills in the entire Congress this year.”

The legislation Gaetz is referencing is Duffy’s bill, the Reciprocal Trade Act, which Duffy believes will help the economy by making tariffs reciprocal between countries that want to do business with the U.S.

“You know, you’ve got one of my very favorite bills in the entire Congress this year. It’s one of the ones I’m proudest to have my name on: the Reciprocal Trade Act,” Gaetz said in the podcast. “I mean, this is a major, substantive piece of legislation that you’ve worked with the president on to ensure that American workers don’t get taken advantage of by a bunch of incompetent politicians and bureaucrats that are working in service of multinational companies more than our country.”

The Florida Republican mentioned that most of the legislation Duffy has worked with President Donald Trump on has not been partisan and that everyone should be on board. Both parties have supported legislation like this in the past, he said.

“I mean, what shocks me, Sean, is that these ideas that you worked with the president on, they really aren’t partisan. Republicans and Democrats have been for them and against them throughout various times of our history,” Gaetz continued. 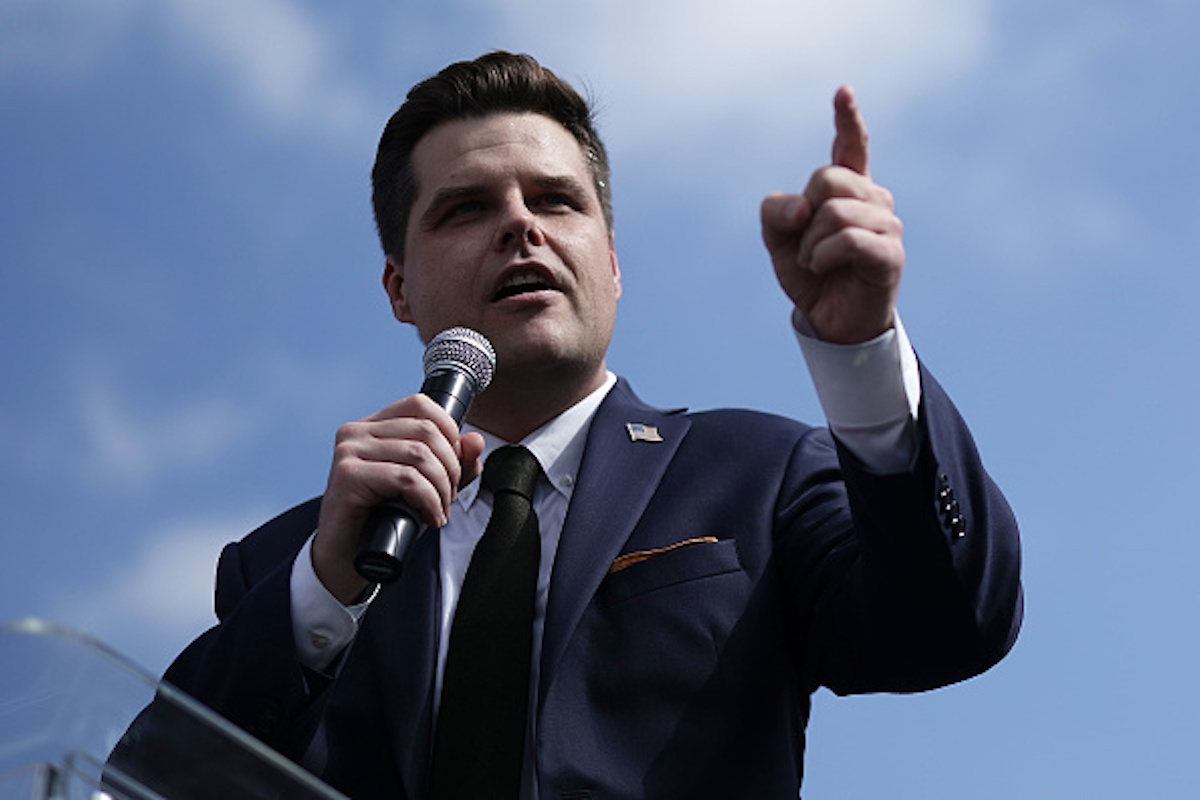 Rep. Matt Gaetz speaks during a rally hosted by FreedomWorks on Sept. 26, 2018 at the West Lawn of the Capitol in Washington, D.C. (Photo by Alex Wong/Getty Images)

The legislation Gaetz is referencing would make it so that other countries such as China, Indonesia, Malaysia, Japan and others would be forced to pay the same amount of tariffs as the U.S., making up for a massive deficit on certain items.

“We have unfair trade relationships with the rest of the world,” Duffy said in a phone call with The Daily Caller News Foundation in January. “China charges us 15 percent tariffs on autos and Europe transit 10 percent tariffs on our autos. And you know we only charge 2.5 percent on European autos gave a big deal for us. Europe charges us 60 percent on Wisconsin butter. We charge them 2.8 percent. So this is a bill that will let the president go product by product, country by country and mirror the tariffs they have in our products.”

Duffy also made it clear he does not want to spark a trade war and said he wants to make it so the U.S. is not being ripped off by other countries.

“The mission is to not bring us to a trade war. The mission is to bring us to trade peace, again to lower the tariffs and be fair with American workers and American manufacturers,” Duffy continued. (RELATED: Rep Duffy To Introduce Bill Holding Other Countries Accountable For ‘Unfair’ Tariffs)

Trump campaigned on cutting tariffs with China and has since worked out an agreement with it at the G20 summit in 2018.