Police responded to a suspected burglary at a suburban home in Portland, Oregon, Monday and found an unexpected culprit.

Oregon police had gone to the house after receiving a call reporting a disturbance at the home and loud pounding noises, The Washington Post reported Wednesday. When they arrived at the house, however, they didn’t find an intruder but a Roomba instead.

Roomba is a small robotic vacuum developed by iRobot that helps keep houses tidy and requires no human expenditure.

“There was just immediate laughter,” Washington County Sheriff’s Office spokesman Sgt. Danny DiPietro told the Post. “They didn’t know what was going to happen. They’re ready for anything and then it was like, ‘Whoa, what? What’s going on here? Am I being pranked?'” DiPietro said.

Police heard “rustling” in the bathroom, according to Deputy Brian Rogers who recounted the incident in a note. “We breached the bathroom door and encountered a very thorough vacuuming job being done by a Roomba Robotic Vacuum cleaner,” Rogers wrote.

The incident occurred after two men called 911 Monday afternoon to report a break-in at the home in Cedar Hills. They said they thought someone was locked in the bathroom and reported seeing shadows moving under the door, according to the Post. (RELATED: Police Respond To Home Invasion Call. The Intruder Was An Unlikely Suspect) 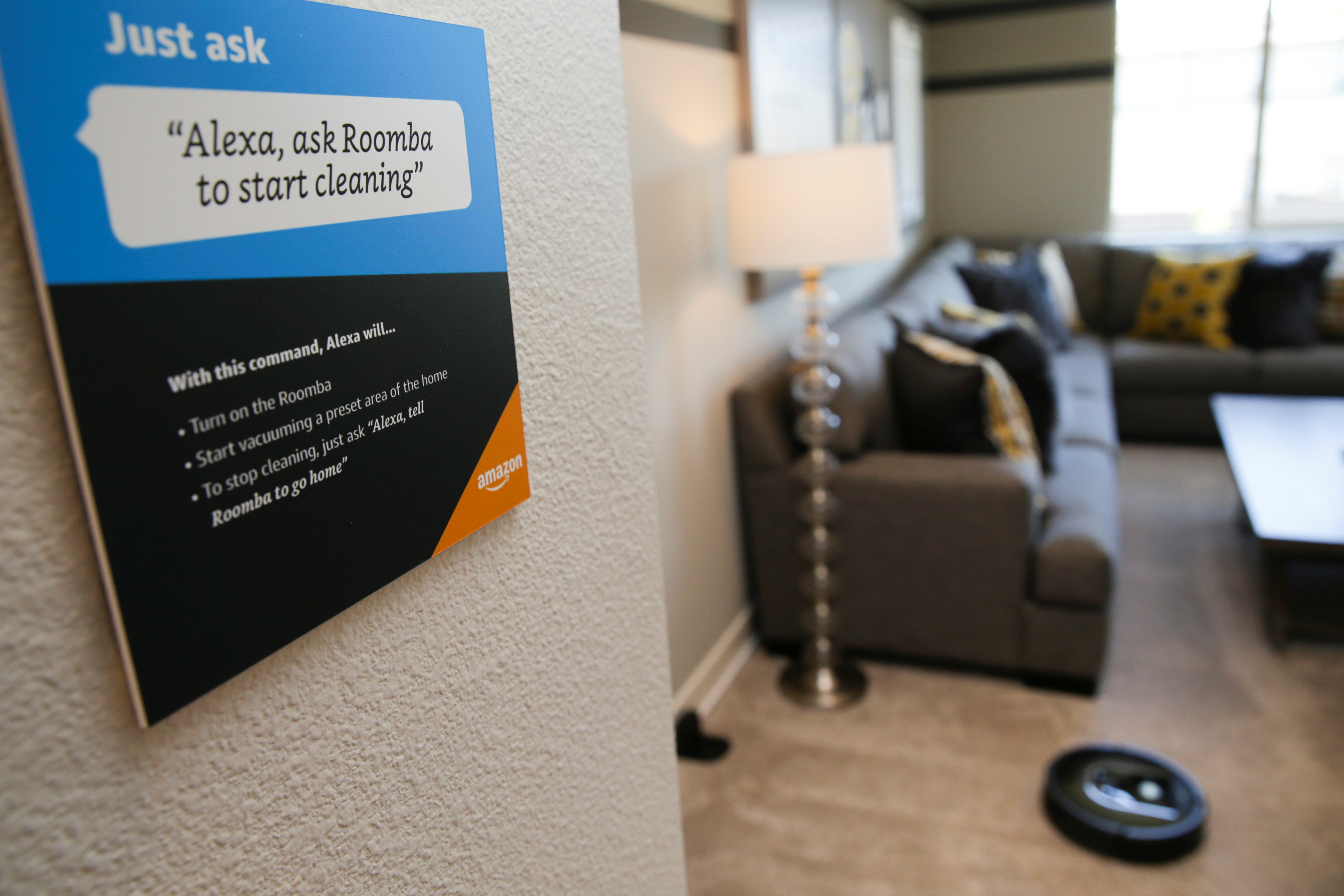 Prompts on how to use Amazon’s Alexa personal assistant are seen as a wifi-equipped Roomba begins cleaning a room in an Amazon ‘experience center’ in Vallejo, California, U.S., May 8, 2018. Picture taken on May 8, 2018. REUTERS/Elijah Nouvelage

Police later learned that the men who phoned the police had become alarmed after going on a walk and returned to noises in the bathroom. They were house-sitting for their nephew and had stepped out to walk the dog, according to DiPietro. “The door is shut and locked, and they believe someone is in there. So they called the police, like anyone would,” he told the Post.

“Hey, we believed it was an intruder, too,” DiPietro said deputies told the men, the Post reported.

“Every call is unique, and this was a fun one,” DiPietro said. “There are a lot of parts of our job that can be not the best. This is one that is going to stick in your mind for a long time for a good reason.”