The Vatican opened an investigation for the first time Wednesday into the 1983 disappearance of Emanuela Orlandi, last seen when she was 15-years-old.

Orlandi, the daughter of a Vatican employee, disappeared after a music lesson in Rome during the summer of 1983. Her fate has remained a mystery, garnering rumors about possible connections between her disappearance, the mafia, and an assassination plot against Pope John Paul II, according to The Associated Press. 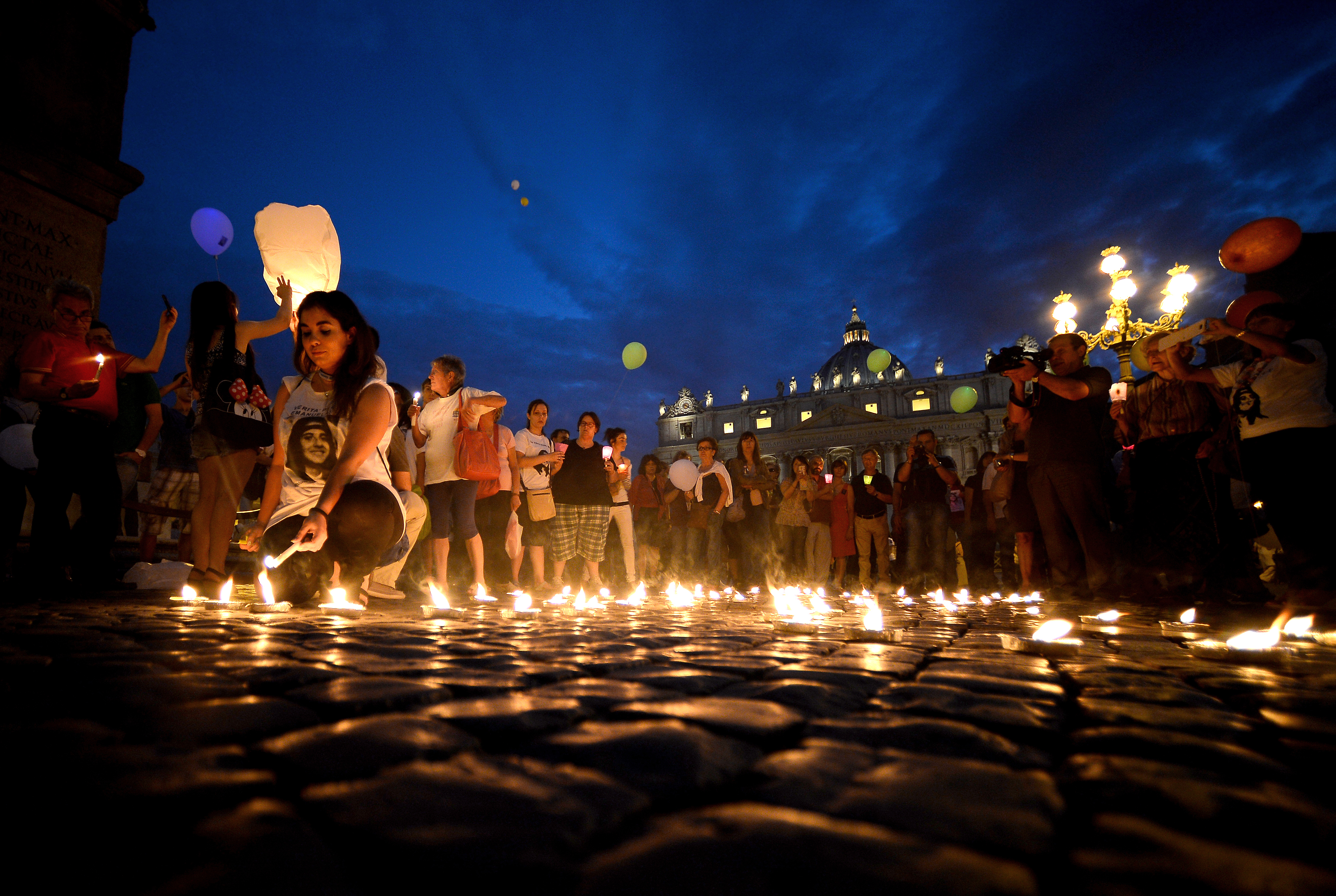 Demonstrators light candels as they commemorate the 30th anniversary of Emanuela Orlandi disappearance in Saint Peter’s Square at the Vatican on June 22, 2013. (FILIPPO MONTEFORTE/AFP/Getty Images)

Sgrò said that the Vatican’s “Secretariat of State has authorized the opening of an investigation into a grave in the Teutonic Cemetery inside the Vatican” in response to an anonymous tip that investigators should search the area toward where the statue of an angel in the cemetery is pointing, according to The Associated Press.

Orlandi’s case gained international attention once again in 2018 when a remodeling operation at the Vatican embassy’s annex in Rome uncovered human bone fragments belonging to a female. Experts determined, however, that the bones were too old to belong to Orlandi.

Myriad theories have cropped up as possible explanations for her disappearance. One theory suggests that members of the Mafia kidnapped Orlandi to use her as leverage to force the Vatican to release Mehmet Ali Ağca, a Turkish man who was arrested for attempting to assassinate Pope John Paul II in 1981. The late Father Gabriele Amorth, who served as the Vatican’s chief exorcist, asserted instead that a member of the Vatican police had kidnapped Orlandi for use in sex parties at embassies.

“This was a crime with a sexual motive. Parties were organised, with a Vatican [police officer] acting as the ‘recruiter’ of the girls. The network involved diplomatic personnel from a foreign embassy to the Holy See. I believe Emanuela ended up a victim of this circle,” Amorth said, according to The Telegraph.

No theory concerning her disappearance has been proven.