A number of conservative leaders are encouraging President Donald Trump to nominate Ken Cuccinelli to lead the Department of Homeland Security.

As speculation continues over who will replace former DHS Secretary Kirstjen Nielsen, a coalition of conservative leaders is pressing Trump to nominate Cuccinelli, the former attorney general of Virginia and current president of the Senate Conservatives Fund. Prominent members in the conservative sphere have signed their name onto a letter that touts his background and abilities.

“In this time of national crisis and emergency over national security and immigration, Ken’s background as a no-nonsense law enforcement officer and a major constitutional lawyer, along with his reputation as a fighter, combined with his extensive media experience, including television, make him ideally suited to carry out the duties of the Department of Homeland Security and your immigration agenda,” read a portion of the letter.

The letter — which is dated to be delivered to the White House on Friday — expressed support for Trump’s “Make America Great Again agenda” and said Cuccinelli’s law background and popularity among Republican activists makes him a good fit for the position.

Signers of the letter include former South Carolina Sen. Jim DeMint, Brent Bozell of the Media Research Center and Jenny Beth Martin of Tea Party Patriots, among others.

Nielsen announced her resignation as DHS secretary on Sunday and officially stepped down on Wednesday. Former Customs and Border Protection Commissioner Kevin McAleenan was promoted to fill her position in an acting capacity for the time being. The moves have been part of a larger immigration staff shakeup in the Trump administration. 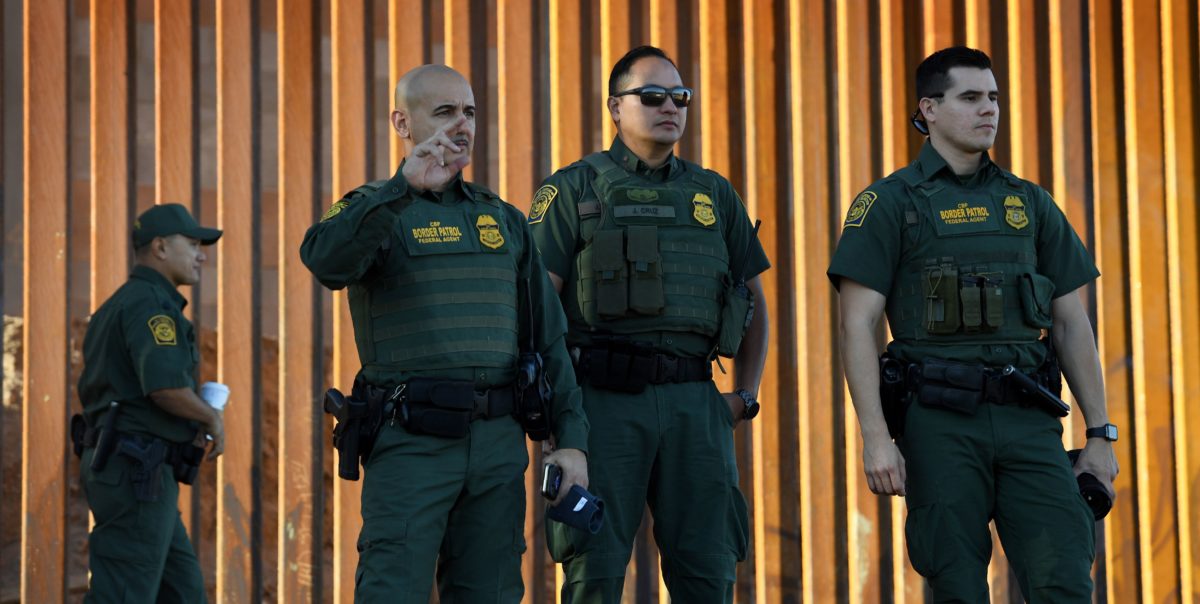 Border Patrol officers patrol before the U.S. Secretary of Homeland Security inaugurates the first completed section of the 30-foot border wall in the El Centro Sector, at the U.S.-Mexico border in Calexico, California, on Oct. 26, 2018. (Photo by Mark RALSTON / AFP)

However, it’s not certain Trump is looking to replace his acting DHS secretary just yet. The president told reporters on Wednesday that he was “very happy right now” with McAleenan and had not given much thought to finding another replacement. That answer came after Trump was questioned on whether he was considering former Kansas Secretary of State Kris Kobach for the DHS position. (RELATED: ICE Acting Director To Resign On Friday)

Another obstacle for Cuccinelli: Senate Republicans.

Senate Majority Leader Mitch McConnell warned his caucus on Tuesday to avoid problematic nominees and singled out the former state attorney general. McConnell reportedly complained in a closed-door-meeting that Cuccinelli’s work with the Senate Conservatives Fund cost the GOP several winnable Senate seats over the years because he tilted elections toward less electable candidates.