WASHINGTON, D.C. — Democrats went after Attorney General William Barr on Wednesday for testifying in a Senate hearing that the Trump campaign was “spied” on but could not describe to The Daily Caller what exactly they think happened to former Trump campaign aide Carter Page.

“I think spying did occur. The question is whether it was adequately predicated,” Barr explained, noting that it was necessary to review whether there was any misconduct in the initial probe.

“For the same reason, we’re worried about foreign influence in elections, I think spying on a political campaign is a big deal,” he said. (RELATED: Here Is When The Fisa Abuse Investigation Will Be Done)

Democrats jumped on Barr’s remarks claiming he was covering for President Donald Trump and acting as the president’s “press secretary” while peddling “conspiracy theories related to ‘spying’ accusations.”

However, the Justice Department inspector general is presently investigating the possibility of investigatory misconduct when it came to how the FBI attained Foreign Intelligence Surveillance Act (FISA) warrants against Page. The IG is also looking at an FBI informant’s activities who met with multiple Trump advisers.

“The IG should do whatever he wants, but the bottom line is Barr’s comments yesterday have just destroyed what little scintilla of credibility that he has left in terms of being a fair and impartial person,” Senate Minority Leader Chuck Schumer said to the Caller in response to the IG’s investigation and Barr’s testimony.

Schumer continued, “When he takes the words of the conspiracy theorists and, you know, what some of…the president’s allies on Fox News keeps repeating and uses them…he knew what he was doing.”

Similarly, other Democrat lawmakers appeared more focused on going after Barr’s decision to use the term “spying” in his testimony, when asked by the Caller what they thought happened to Page or if their criticism of Barr ahead of the Mueller report is prudent. (RELATED: DOJ Releases Carter Page FISAs)

“I just think that his use of the pejorative term spying when he acknowledged that I don’t know whether it was right or wrong,” said Democratic Virginia Sen. Tim Kaine. “That’s not what the A.G. usually says about their own law enforcement.”

“Well, you know, I’m all for the proper oversight of our agencies. But what this came up in context to try to put a smokescreen in front of the Mueller report release. As far as whether surveillance of what was done. There is no indication that this is the cause for the Mueller investigation,” Democratic Maryland Sen. Ben Cardin said.

Democratic Ohio Sen. Sherrod Brown concurred saying he did not think there was any evidence that Democrats spied on the Trump campaign. 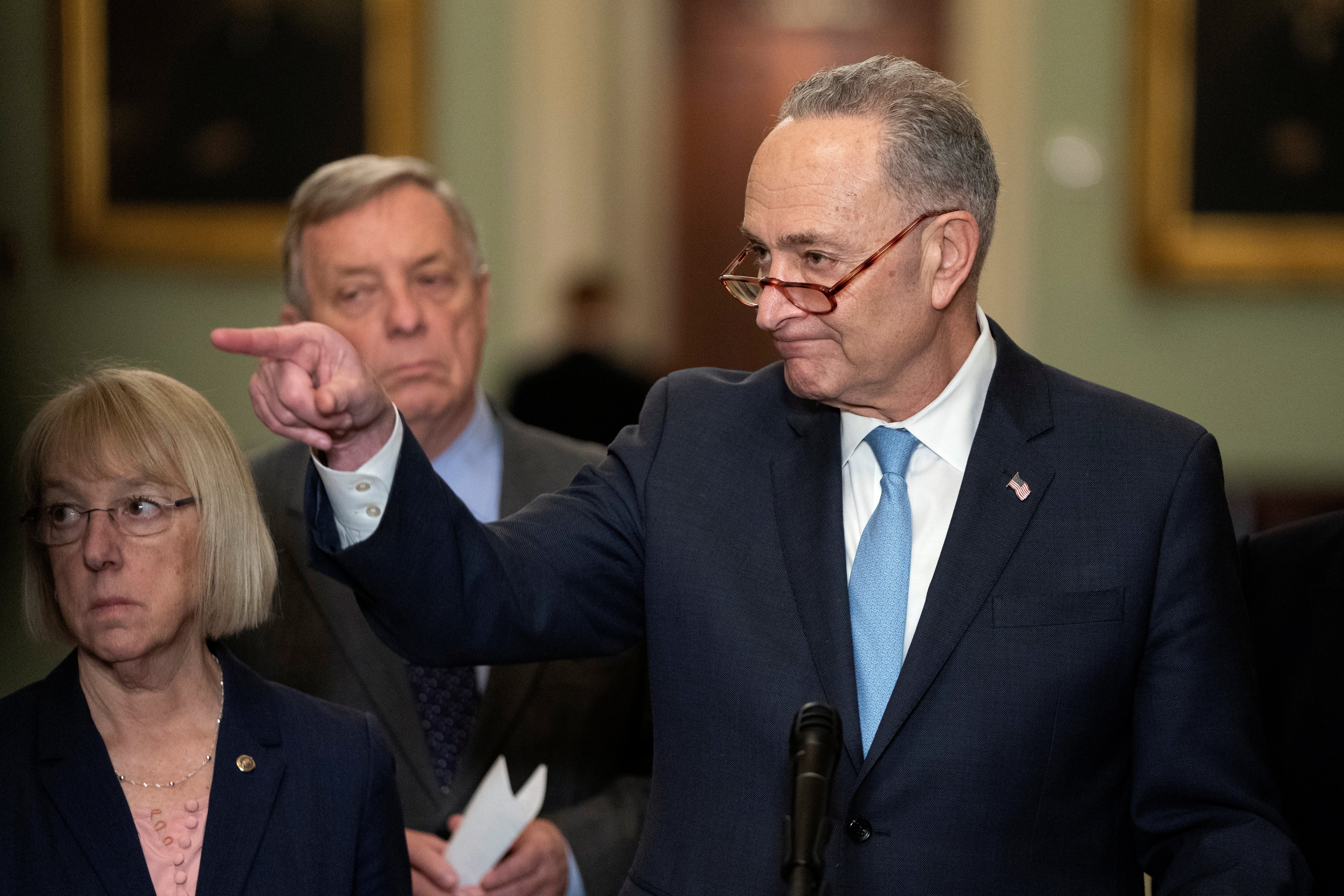 “I think you have an attorney general of the United States now who’s a political hack who knows that if he says anything the president doesn’t like he could get fired,” said Brown.

“Well, the Trump campaign wasn’t spied on. Period. Stop. We all know what that means and that didn’t happen,” Democratic Connecticut Sen. Chris Murphy said.

The Mueller report is expected to be released next week, with redactions made by Attorney General Barr in conjunction with Justice Department attorneys and prosecutors from the Robert Mueller’s special counsel team.