Officials say that the suspect, Holden Matthews of St. Landry Parish, is a 21-year-old white male from a town about an hour from Baton Rouge, according to NPR. Matthews was charged with three counts of “simple arson on a religious building,” which can amount to 15 years per charge, Louisiana State Fire Marshal H. “Butch” Browning told reporters at a news conference Thursday. (RELATED: Whoopi On Black Churches Being Burned: ‘You Are Not Going To Stop The Conversation With God)

“I don’t know what this young man’s motive was, I don’t know what was in his heart,” said Democratic Louisiana Gov. John Bel Edwards at the news conference. “But I can say it cannot be justified or rationalized. These were evil acts.”

Matthews’ father, who participated in Matthews’ arrest, was “shocked and hurt” and knew nothing about his son’s activities, according to authorities. St. Landry Parish Sheriff Bobby Guidroz told NPR that the father “broke down” when he was called to the police station before the arrest to learn what his son had allegedly done.

Authorities said that “physical evidence from the crime scenes” and “technological evidence” made it clear that Matthews was the suspect, according to NPR. 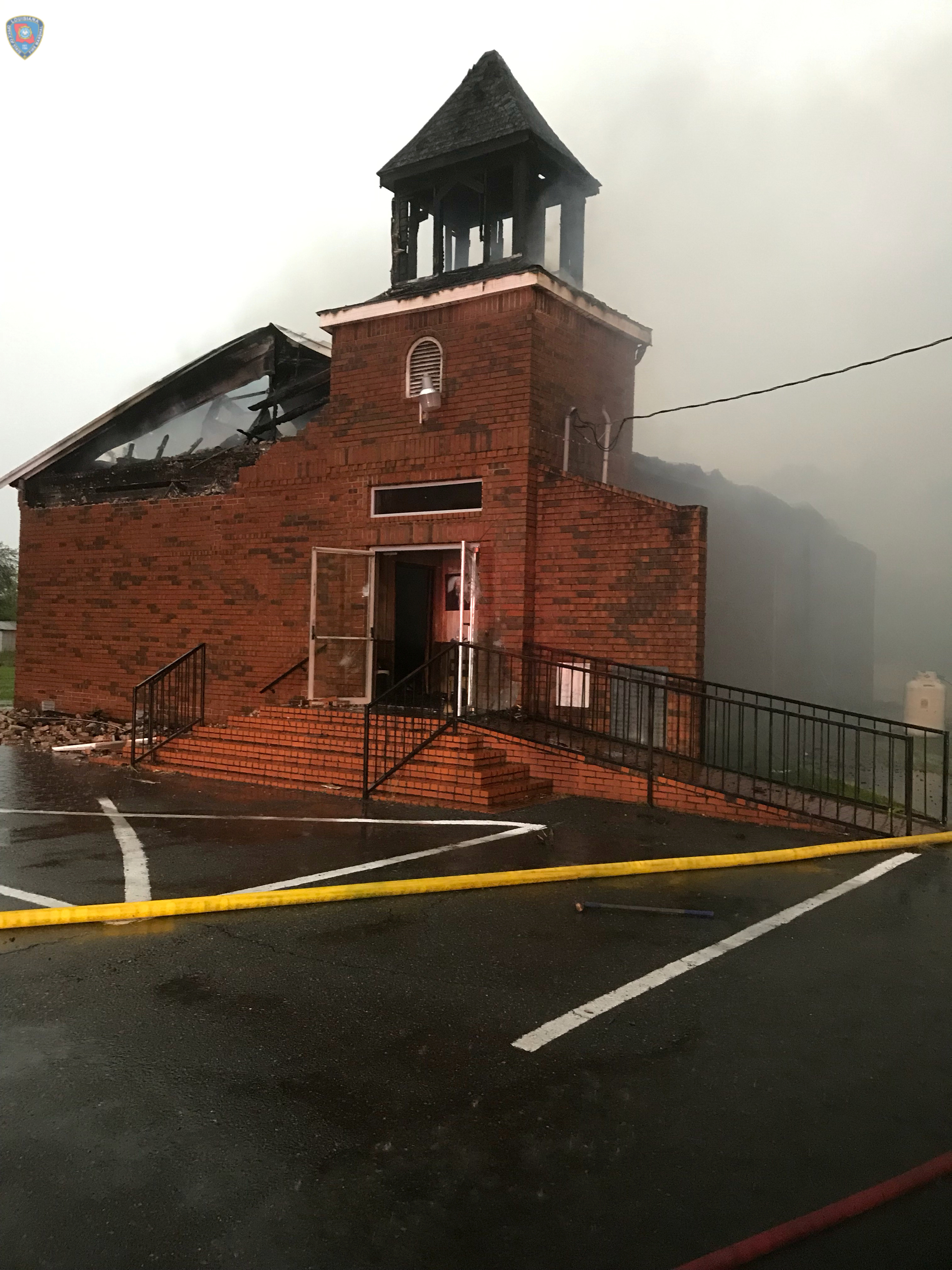 Matthews reportedly has connections to “pagan” and black metal Facebook pages, according to The Daily Beast. He also commented on two photos by former neo-Nazi Varg Vikernes, a metal musician who spent 15 years in jail for killing another musician and burning churches in Norway.

The pastor of Mount Pleasant Baptist Church, Gerald Toussaint said: “We’ve suffered, but I think it has a higher cause. Even though we’ve lost our church—our building, our building—look who’s been brought together. Our country has to find out that the God we serve does not look on the outside. He sees the heart.”