A British judge set a May 2 date for WikiLeaks co-founder Julian Assange’s extradition hearing after he was arrested Thursday in London’s Ecuadorian embassy after Ecuador withdrew Assange’s asylum.

The judge also found Assange guilty of breaking bail conditions in 2012 when he sought refuge in the embassy rather than surrendering to authorities, reported CNN. Assange’s lawyer argued the Australian national broke bail because he would not have been given a fair trial, but the judge did not buy it and called Assange a “narcissist who cannot get beyond his own selfish interest.”

The United Kingdom’s Metropolitan Police said the arrest occurred partly to extradite Assange to the U.S., where he has been charged with conspiracy to commit computer hacking on a classified computer relating to his role in helping Chelsea Manning steal tens of thousands of diplomatic cables in 2010. Manning faced decades in prison but received a sentence commutation from former President Barack Obama. (RELATED: WikiLeaks’ Julian Assange Arrested After Ecuador Withdraws His Asylum)

Assange, 47, had been living in the Ecuadorian embassy in London for seven years until Ecuador withdrew his asylum. 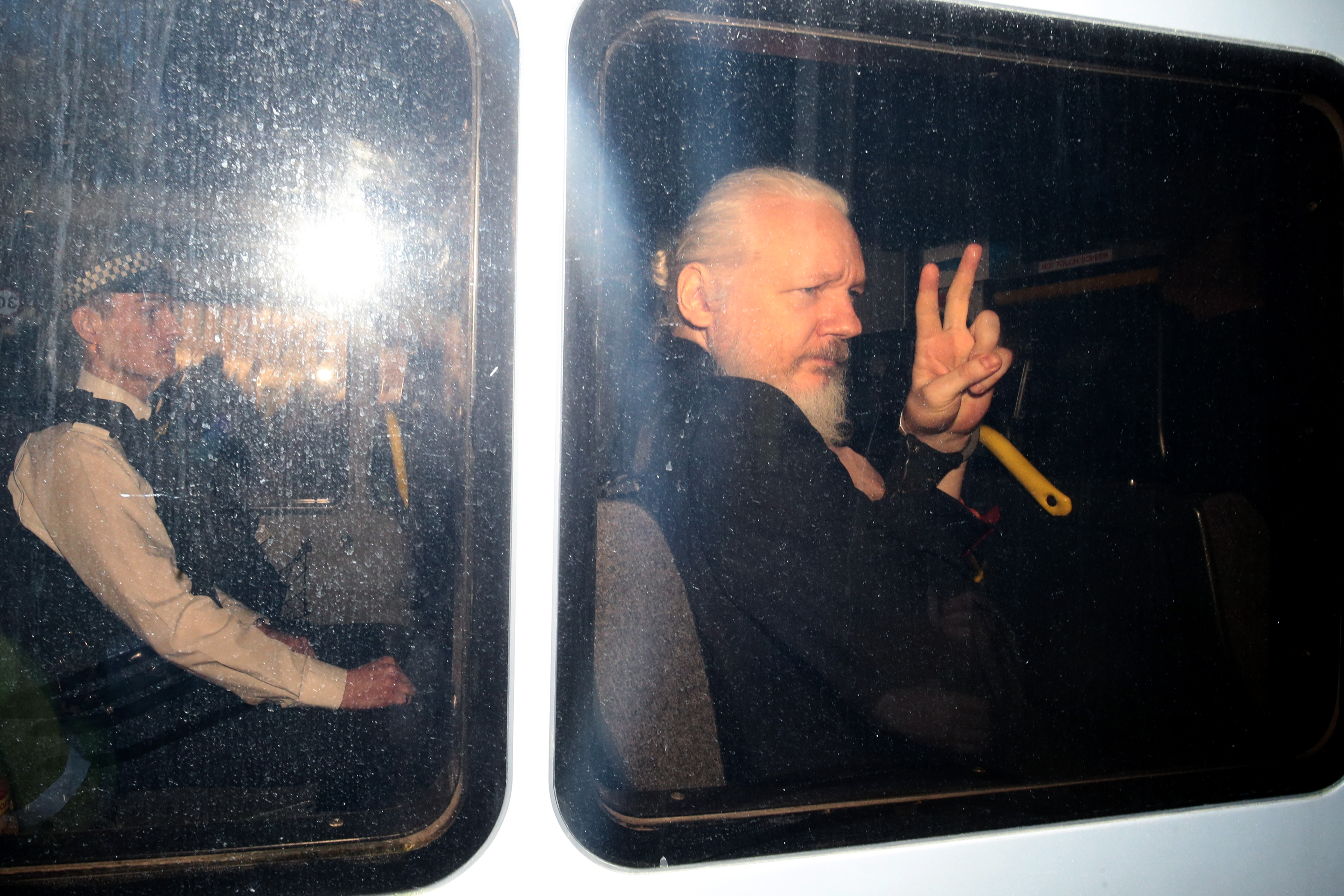 Julian Assange gestures to the media from a police vehicle on his arrival at Westminster Magistrates court on April 11, 2019 in London, England. (Photo by Jack Taylor/Getty Images)

He first holed up in the embassy when Sweden tried to extradite him because of sexual assault allegations, reported BBC. That case has been dropped, but Assange remained in the embassy to avoid possible extradition to countries like the U.S., which has an interest in questioning him.