Omar drew the ire of many Americans when she referenced the 9/11 terror attacks by saying, “Some people did something” while claiming that the attacks had been used to justify the mistreatment of Muslims. (RELATED: Ilhan Omar Called Stephen Miller A White Nationalist: Trump Jr. Fires Back Immediately)

Crenshaw, who served as a U.S. Navy SEAL after 9/11, was one of many to call out Omar on Twitter.

First Member of Congress to ever describe terrorists who killed thousands of Americans on 9/11 as “some people who did something”.

The New York Post responded to Omar’s comments by putting a photo of the burning Twin Towers on the cover of Thursday’s edition with the headline, “Here’s Your ‘Something.'”

Here’s 1 fact: @IlhanMN is a cosponsor of the 9/11 Victim Compensation Fund. She‘s done more for 9/11 families than the GOP who won’t even support healthcare for 1st responders- yet are happy to weaponize her faith.

And then she turned the attack on Crenshaw.

You refuse to cosponsor the 9/11 Victim’s Compensation Fund, yet have the audacity to drum resentment towards Ilhan w/completely out-of-context quotes.

In 2018, right-wing extremists were behind almost ALL US domestic terrorist killings. Why don’t you go do something about that? https://t.co/rkb92IxkKX 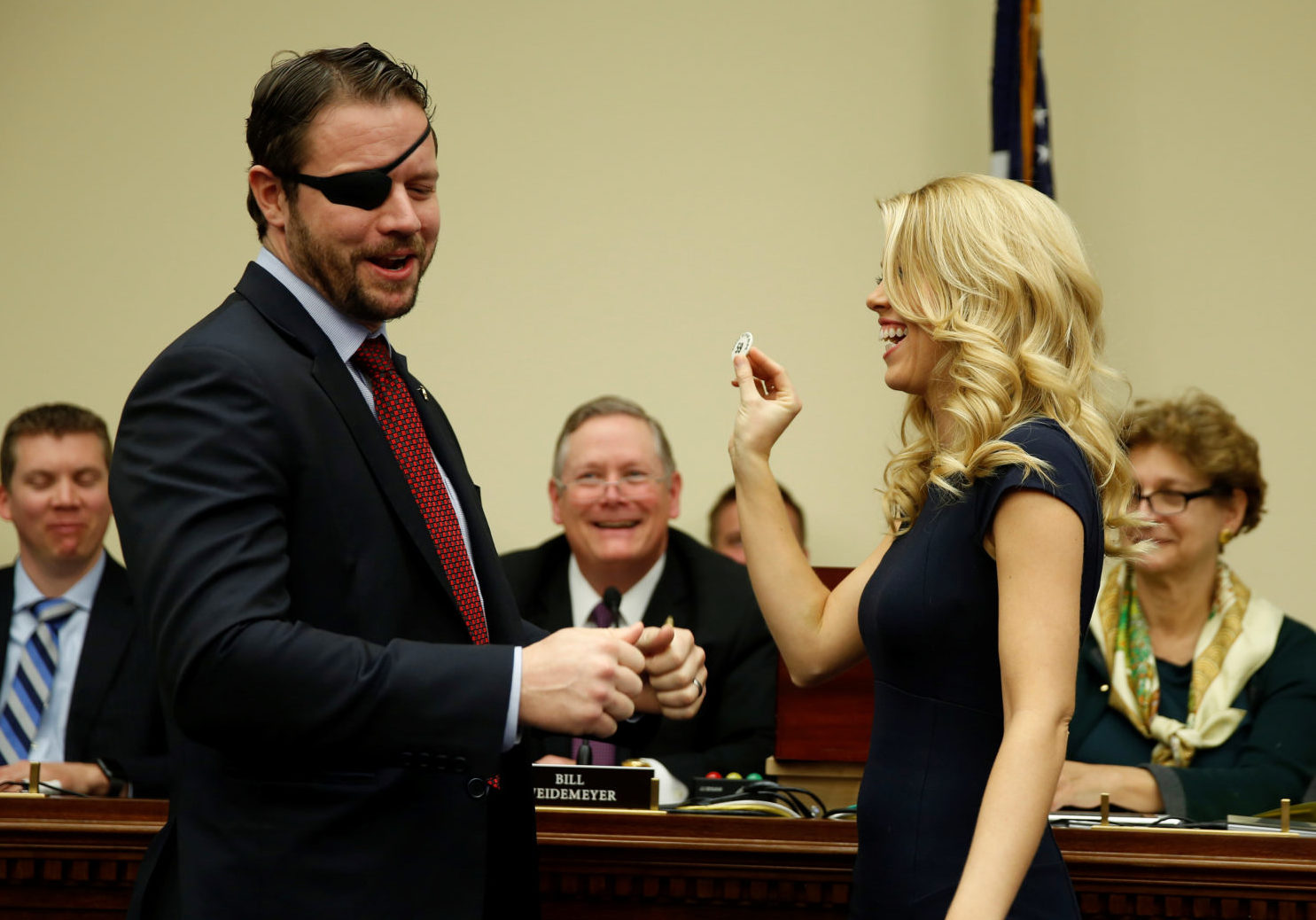 Several were quick to point out that Crenshaw sacrificed his eye — and volunteered to sacrifice his life — to fight terrorism.

Are you aware that you’re speaking to a veteran who lost his eye in combat?

“Why don’t you go do something about terrorism?” AOC asked Dan Crenshaw. https://t.co/VBG2kAjB8n

Crenshaw is a decorated war hero, who, as a Navy SEAL, lost his eye fighting terrorists in Afghanistan and earned 2 Bronze Stars (one with Valor), the Purple Heart, and the Navy Commendation Medal with Valor pic.twitter.com/HHa7Ay4WDj

It should also be noted that the 9/11 Victim’s Compensation Fund that Ocasio-Cortez mentioned has not even been voted on yet. And while Crenshaw may not have co-sponsored it, he does not appear to have stated any opposition to it.