The Georgia state ethics commission will subpoena bank records from Stacey Abrams’ 2018 gubernatorial campaign and several other groups that raised money to help her candidacy.

David Emadi, a former Douglas County prosecutor who became director of the state ethics commission Monday, announced on Thursday that he will soon subpoena Abrams’ gubernatorial campaign, various political action committees and special interest groups that supported her failed campaign, according to the Atlanta Journal-Constitution.

“What I can say about the investigation into the Abrams campaign is in the relatively near future, I expect we will be issuing subpoenas for bank and finance records of both Miss Abrams and various PACs and special-interest groups that were affiliated with her campaign,” Emadi said to reporters on Thursday.

It’s not immediately clear what Abrams’ camp is being investigated for specifically, and the new director did not give many details on the matter. The ethics commission, known formally as the Georgia Government Transparency & Campaign Finance Commission, is tasked with collecting reports on lobbying expenditures, vendor grift and campaign finance. The Commission is also in charge of issuing penalties for any violations pertaining to these issues.

Abrams’ former campaign manager hit back hard against the announcement.

“This is Kemp’s corrupt playbook, his long history of launching frivolous investigations with bogus charges against political opponents,” Lauren Groh-Wargo said Thursday in a series of tweets, claiming Emadi to be a Kemp ally and the investigation a partisan hit job. “This is a shameful misuse of taxpayer dollars for a political vendetta. We will fight false accusations with every available resource.”

Because there were over a dozen “independent groups” in support of Abrams 2018 campaign, most of them funded by out-of-state donors, Emadi said the investigation will take time as the Commission meticulously reviews all of the reports. 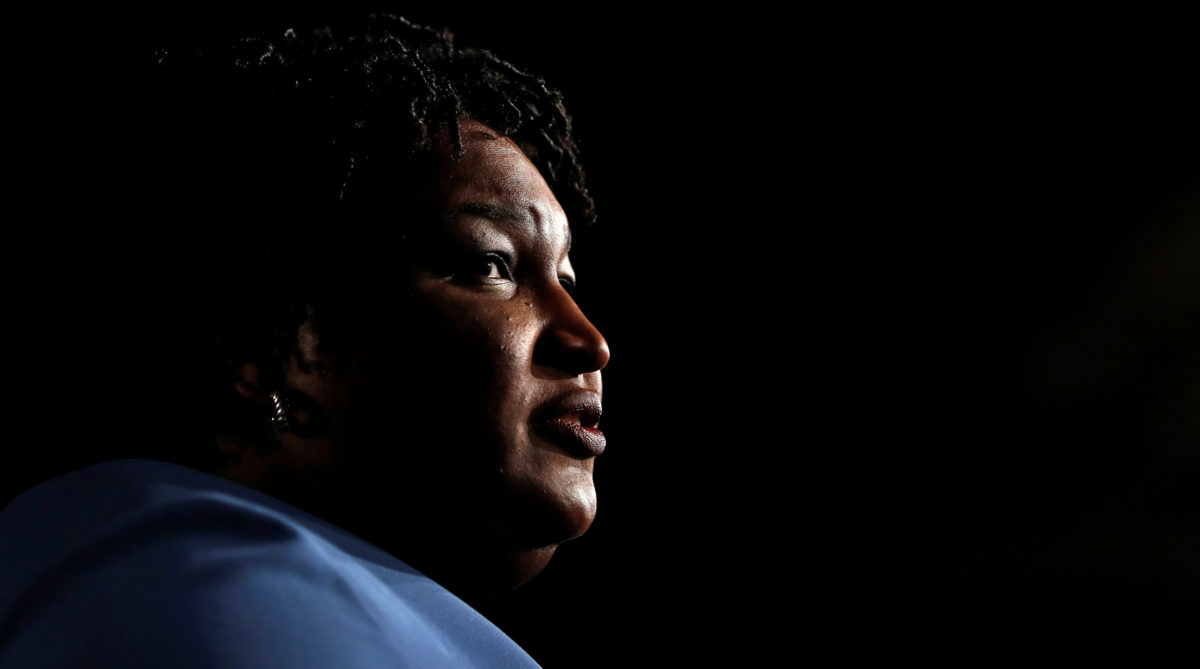 News of the investigation comes as Abrams, the former Minority Leader of the Georgia House, mulls not only a 2020 Senate bid in Georgia, but also a possible run for the White House. Her failed gubernatorial campaign against now-Republican Georgia Gov. Brian Kemp drew national attention, and she has remained in the national spotlight as she continues to claim, without evidence, that Kemp used his former position as Georgia Secretary of State to maliciously tilt the election in his favor.

The latest survey out of Georgia indicates that Abrams’ popularity is dropping in her home state. Since January, the Democrat’s favorability fell seven percentage points, while her unfavorable rating rose by 5 percentage points. At the same time, Kemp’s favorability has ticked upwards. (RELATED: ‘Disturbing’ And ‘Distressing’: Stacey Abrams Once Had Different Views On Not Recognizing Election Outcomes)

“This new ethics investigation into Stacey Abrams is just the latest episode of her skirting the rules to further her personal political ambitions. This cloud of scandal will linger as she decides whether to embark on another failed campaign,” Nathan Brand, a spokesman for the National Republican Senatorial Committee, stated Thursday.

Abrams has said she may wait until the fall to decide on a presidential bid.