Trump pulled no punches against New York when he signed executive orders to expedite pipeline projects Wednesday afternoon. The move sparked a sharp rebuke from Cuomo, who threatened to fight “tooth and nail” against permitting reforms.

“We need help with New York,” Trump said Wednesday at an International Union of Operating Engineers’ training center near Houston.

“New York is hurting the country because they’re not allowing us to get those pipelines through, and that’s why they’re paying so much for their heating and all of the things that energy and our energy produces,” Trump said. “So hopefully they can come on board and get in line with what’s happening.” 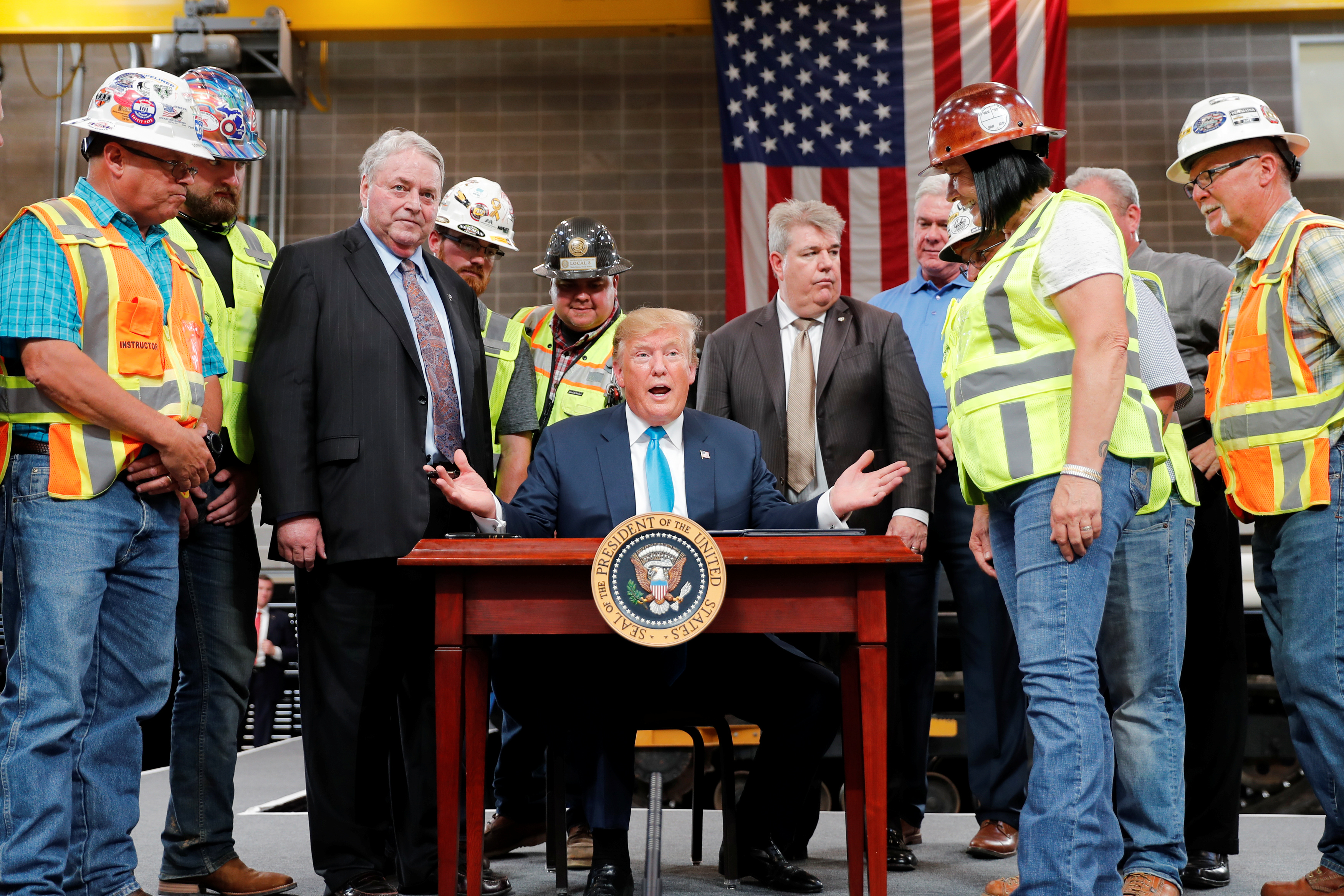 U.S. President Donald Trump speaks as he signs an executive order on energy and infrastructure during a campaign event at the International Union of Operating Engineers International Training and Education Center in Crosby, Texas, U.S., April 10, 2019. REUTERS/Carlos Barria.

The goal here is to keep some states, like New York and Washington, from using CWA permitting to kill major energy projects. Trump specifically called out New York’s blocking of the Constitution natural gas pipeline.

“And also, in New York, they’re paying tremendous amounts of money more for energy to heat their homes because New York State blocked a permit to build the Constitution Pipeline,” Trump said.

New York and the Constitution pipeline’s developers have been locked in a legal battle for the last three years after the state denied the project a CWA permit. The pipeline will bring natural gas from producers in Pennsylvania to upstate New York, and is supported by labor unions.

Cuomo’s administration denied permits for Constitution and other pipelines on environmental grounds, and instead is using his own version of the Green New Deal to get 100 percent carbon-free electricity by 2040.

“President Trump’s Executive Order is a gross overreach of federal authority that undermines New York’s ability to protect our water quality and our environment,” Cuomo said in a statement Wednesday. “Any efforts to curb this right to protect our residents will be fought tooth and nail.” 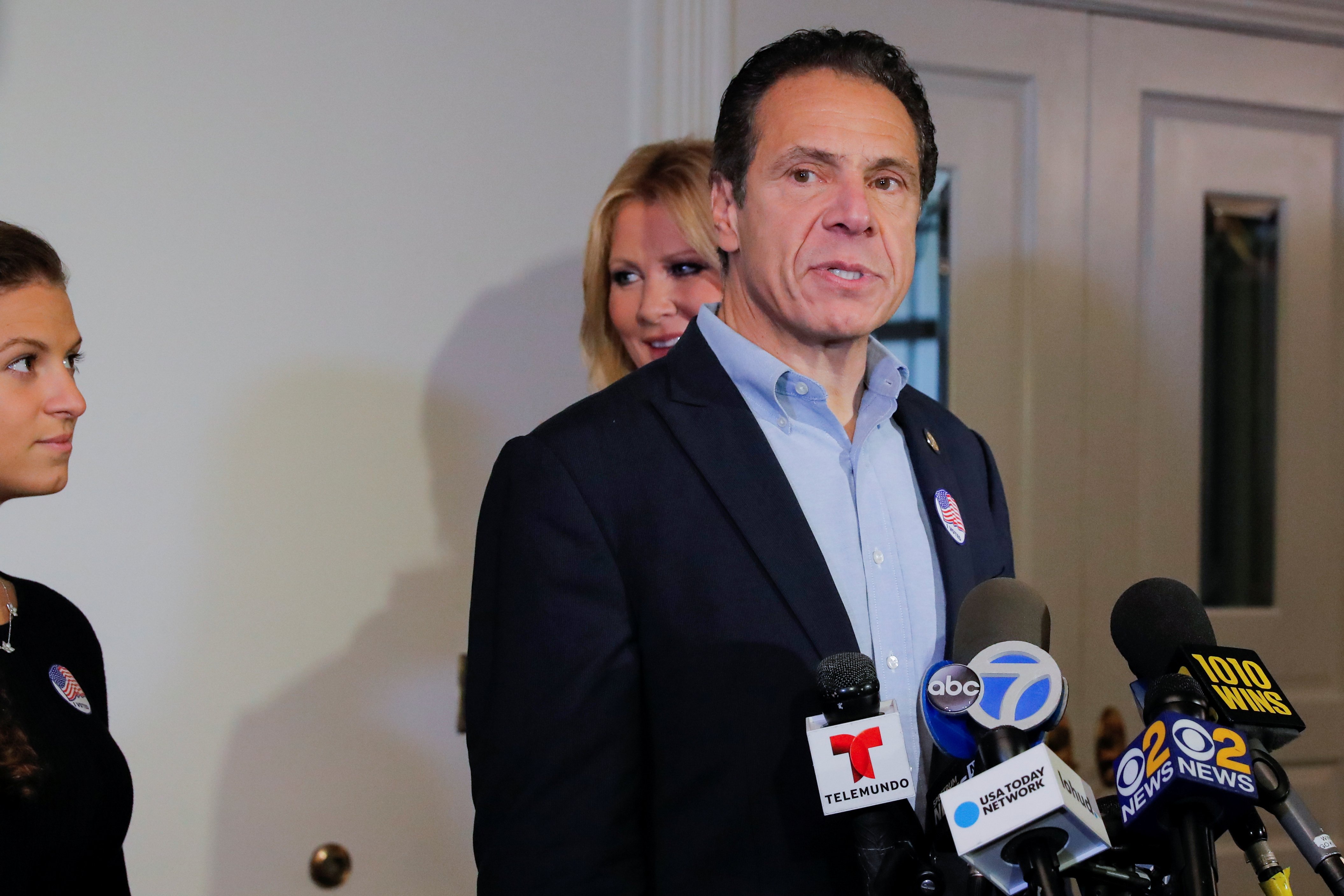 President Trump’s Executive Order is a gross overreach of federal authority that undermines New York’s ability to protect our water quality and our environment. Any efforts to curb this right to protect our residents will be fought tooth and nail. pic.twitter.com/oP1qIqc8Sa

Trump is looking to set stricter timelines and narrow the scope of review states can use to evaluate pipelines and other projects that need CWA permits. For example, New York rejected the Constitution pipeline 360 days into its review.

New York rejected a CWA permit Valley Lateral pipeline in 2017 over the impacts it could have on climate change, which, of course, has nothing to do with water quality. Trump’s order could prevent states from using such an expansive standard for review.

In the meantime, however, Cuomo’s pipeline rejections have strained gas supplies in the northeastern U.S., including New York and New England. Supplies are so constrained in New York, for example, that a moratorium on new gas hook-ups hit Westchester County in March, worrying local officials that new development would collapse.

“This obstruction does not just hurt families and workers like you; it undermines our independence and national security,” Trump said, mentioning how New England paid much more for gas this winter because of its lack of pipelines.