The president of St. Bonaventure University urged Catholic Bishop Richard Malone to resign Thursday to allow the Diocese of Buffalo, New York, to heal from mishandling past abuses.

University President Dennis R. DePerro said the diocese cannot heal from the past year’s revelations of mishandled abuse cases and cover-ups of abuse allegations until Malone steps down.

DePerro cited several investigative reports from the 7 Eyewitness News I-Team revealing that Malone protected the identities of up to 25 priests accused of sexual abuse or misconduct and failed to remove other accused priests from ministry. (RELATED: Pope Benedict Breaks Silence On Sex Abuse Crisis)

“We are not healing,” DePerro said according to 7 Eyewitness News. “We are not restoring trust. And we are not moving forward in a way that’s positive for our church.”

“No organization in today’s world — including the Catholic Church — is exempt from accountability. I believe that a good leader would recognize that moment and step down,” he added.

DePerro argued that Malone’s resignation was especially necessary in light of the diocese’s publicized list of diocesan clerics who were accused of sexual abuse or misconduct, which he said demonstrated the diocese has not been transparent or honest in its handling of sexual abuse allegations under Malone’s leadership. Malone’s alleged scandals also led, in part, to federal and state investigations of abuse cover-ups in the diocese. 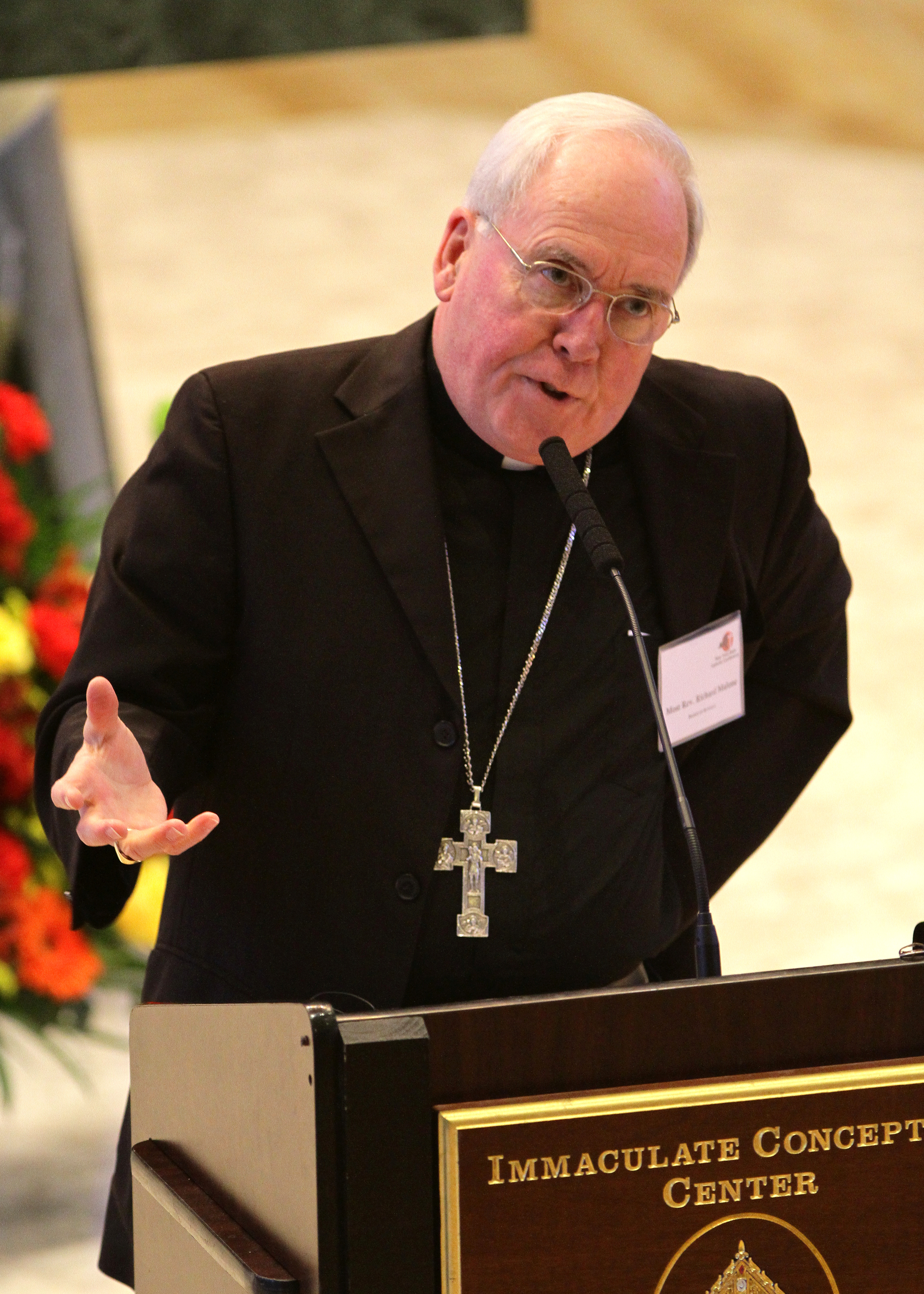 Bishop Richard J. Malone of the Roman Catholic Diocese of Buffalo, New York, gives a presentation during a gathering of New York state bishops and catechetical leaders at the Immaculate Conception Center in the Douglaston neighborhood of the Queens borough of New York, U.S., Sept. 27, 2012. REUTERS/Gregory A. Shemitz

“With the disclosure of this list and the number of things that continue to come out, that the diocese has not been transparent with the public, I believe that moment has come,” he said. “I know the bishop had come forward with a period of prayer and healing, but those things do not seem to be working as this continues to unfold.”

Malone has apologized for his failures but has also refused other demands for his resignation and said that he will remain as the bishop of the diocese until his retirement in 2021.

1
Millions In Coronavirus Relief Loans Went To Chinese Real Estate Company At Center Of FBI Bribery Probe
US
2
Here's What Colin Kaepernick Said About America Before He Got Benched
Analysis
3
'This Election Is Different': Tucker Carlson And Brit Hume Discuss The Likelihood Of A 'One-Party State'
Media
4
The Side Of Kayleigh McEnany The Media Won’t Tell You About
Politics
5
1 Day After Mocking 'Right-Wing' Media For Reporting On Crime, CNN's Cuomo Admits Homicides Are Rising — But Here's Where He Placed The Blame
Media