The International Criminal Court (ICC) said Friday it will not pursue an investigation into possible war crimes committed during the war in Afghanistan.

After 18 months of debate, the ICC “rejected unanimously the request of the Prosecutor to proceed with an investigation for alleged crimes against humanity and war crimes, on the territory of in the Islamic Republic of Afghanistan,” according to a Friday statement.

The court’s chief prosecutor Fatou Bensouda requested authorization in November 2017 to start an investigation into alleged war crimes relating to the conflict in Afghanistan.

The ICC determined the difficulties of finding sufficient evidence outweighed its ability to pursue a meaningful and thorough investigation into alleged war crimes.

“[T]he current circumstances of the situation in Afghanistan are such as to make the prospects for a successful investigation and prosecution extremely limited … [and] would not serve the interests of justice,” the court said.

The court did find, however, that the documents and materials given to them by Bensouda establishes a “reasonable basis” that crimes likely occurred. Alleged crimes have included the torture of prisoners by American C.I.A. operatives in secret jails known as “black sites.”

“This is a major international victory, not only for these patriots, but for the rule of law,” the White House said in a Friday statement applauding the ICC’s decision. “We welcome this decision and reiterate our position that the United States holds American citizens to the highest legal and ethical standards.”

Human rights groups said the ICC kowtowed to pressure from the Trump administration.

“With its decision today, the International Criminal Court sends a dangerous message: that bullying wins and that the powerful won’t be held to account,” Center for Constitutional Rights lawyer Katherine Gallagher said, according to The New York Times.

It is “outrageous that victims of war crimes are far less likely to get justice for well-documented atrocities because of the Trump administration’s authoritarian efforts to sabotage an investigation before it could even get started,” said Jamil Dakwar, the director of the Human Rights Program at the American Civil Liberties Union, TheNYT reported. (RELATED: US General Says Accidental Attack On Afghan Hospital Was Not A War Crime) 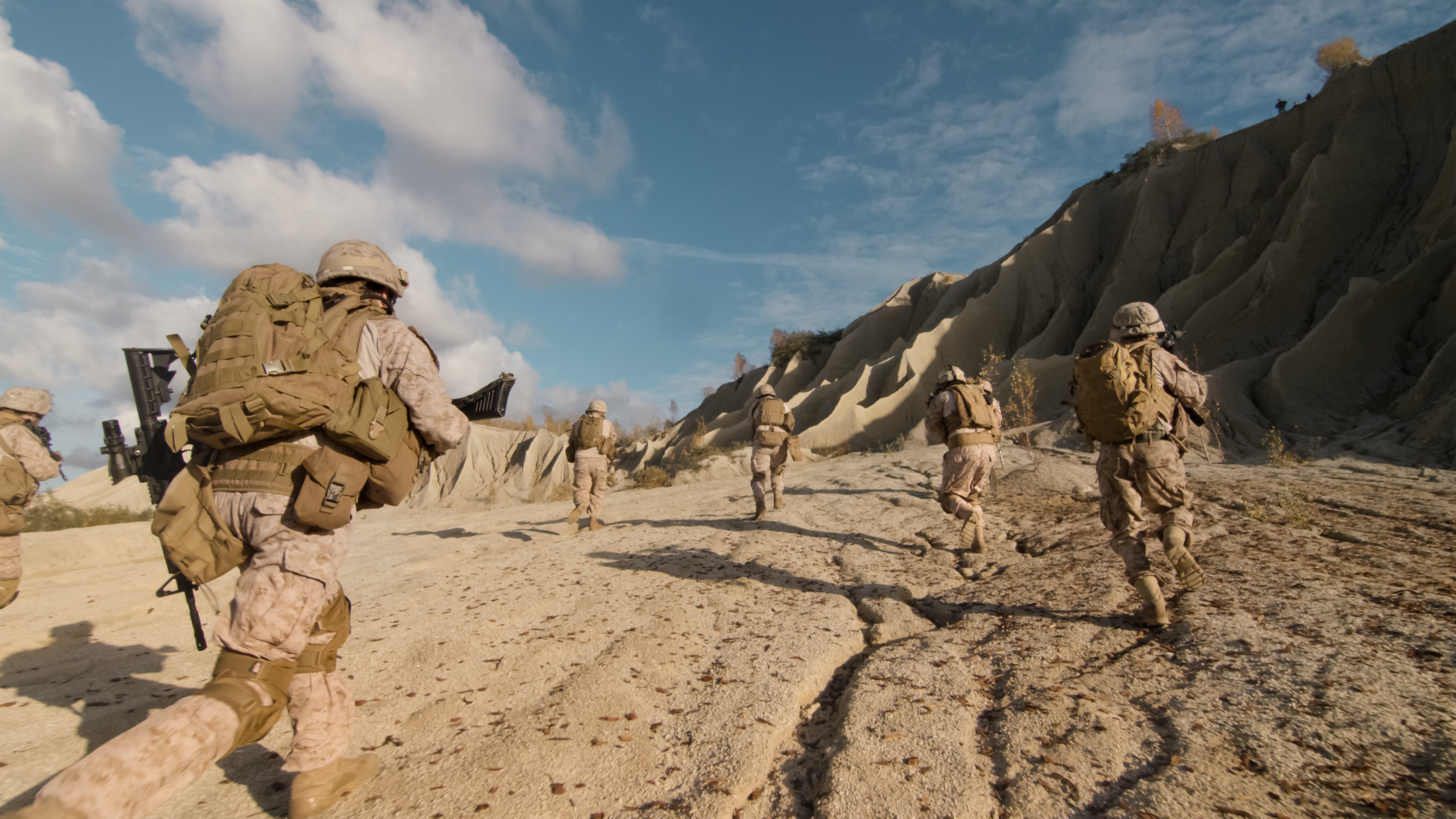 Shot of a squad of soldiers running forward and attacking enemy during military operation in the desert. Shutterstock/Gorodenkoff

The ICC’s decision comes after the Trump administration threatened to take away the visas of officials seeking an investigation.

“If you are responsible for the proposed ICC investigation of U.S. personnel in connection with the situation in Afghanistan, you should not assume that you still have or will get a visa or will be permitted to enter the United States,” Secretary of State Mike Pompeo told ICC employees March 15, TIME reported.

The administration followed through on its threat and revoked Bensouda’s visa April 5, NPR reported.

“Any attempt to target American, Israeli, or allied personnel for prosecution will be met with a swift and vigorous response,” the White House said in its statement following ICC’s decision.

1
Trump Gets Really Bad News In Latest Poll
Politics
2
NFL Hall Of Fame Coach Criticizes CNN's Don Lemon For Claiming Jesus Was A Sinner
Media
3
FARRELL: Samantha Power's Massive Unmasking Effort
Opinion
4
'I Made A Regrettable Mistake': ESPN Reporter Apologizes For Telling Sen. Josh Hawley 'F**k You'
US
5
Woman In Bikini Dances Around Her Car After Big Crash, Gets Thrown To The Ground By Police
Entertainment