According to Jordan and Meadows, Rhodes — a former senior national security and foreign policy advisor for the Obama administration — received a high-level security clearance “despite a questionable background investigation that may have led the [FBI] to deny him an interim clearance.”  The Republican Congressmen wrote:

Mr. Driscoll’s request to you is an opportunity to prove that you are not using the Committee to target the President or his senior advisors. We understand that senior officials in the previous administration may have had problems with regard to their security clearance applications. According to public reports, Ben Rhodes, a former senior national security and foreign policy advisor in the previous administration, obtained a high-level clearance despite a questionable background investigation that may have led the Federal Bureau of Investigation to deny him an interim clearance. Similar troublesome issues also may have plagued the clearance process for former senior advisor Valerie Jarrett, among others.

As a result, she questioned 25 Trump White House employees who each received a security clearance, one of whom was Trump’s son-in-law and a top White House adviser, Jared Kushner, The Washington Post reported.

Newbold claimed Carl Kline, who was White House personnel security director during the first two years of the Trump administration, issued these clearances despite her concerns.

“The problem is that the process has been severely violated when you have people who—a couple of your employees say should not be getting these clearances. In some instances, because of criminal activity,” he added.

In a letter to Cummings and the Committee, Kline’s attorney, Robert Driscoll, wrote about his client’s concern about the course of the investigation, saying that the chairman issued a “sensational press release and memorandum with cherry-picked excerpts of sensitive and highly personal closed-door testimony” after interviewing just one witness — Newbold. 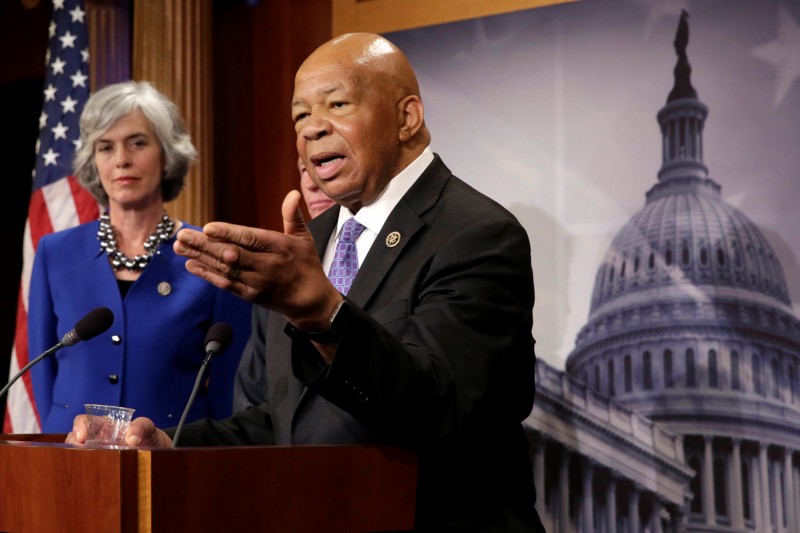 Meadows and Jordan say that Cummings issued the press release without consulting Republican committee members or holding committee a vote on the matter while targeting the president and his senior advisers.

Kline, according to Driscoll, was subpoenaed by the Committee for an April 23 deposition hearing, though he previously offered to appear voluntarily. However, in his letter to the Committee, Driscoll requested a withdrawal of the subpoena of his client “in substitution of a subpoena for White House records the Committee wishes to have Mr. Kline testify about.”

However, if the Committee insists in proceeding with the subpoenaed testimony, I must prepare Mr. Kline without knowing your questions or the permitted areas of testimony. Thus, I must prepare him to respond to what I presume will inevitably be direct and implied accusations from this Committee that his conduct assessing security clearance issues—a non-political job responsibility he has carefully performed for decades—was either improper or inconsistent (or both) with longstanding bipartisan practice.

Driscoll then reminded Cummings that Rhodes and Jarrett, along with others, received high-level clearances, but there may have been problems with the process along the way, according to public reports.

Driscoll suggested to Cummings to that the Committee obtain White House records related to the security clearance practices for senior-level advisers from the previous administration in the analogous time period of the last transition of White House personnel to the hands of a new political party.

Driscoll noted that it will enable him as well as the Committee staff to answer whether procedures between the current administration and the past administration changed and “also assess how controversial or high-profile staffers were treated at that time in comparison to now.”

Like today, you will recall political opponents of the then Obama administration raised questions about its White House security clearance decisions based on personal conduct, foreign contacts, and other leaked information. As such, I ask the Committee issue a subpoena to the appropriate records custodian, seeking documents related to the security-clearance process, including SF-86s, for former White House advisors Ben Rhodes, Valerie Jarrett, and Jay Carney, and informal unpaid advisor Al Sharpton.

“These files will provide an apples-to-apples comparison to best evaluate claims concerning Mr. Kline’s process for high-profile security- clearance candidates (if any) and whether his own conduct was somehow unusual (if at all),” he concluded.

The Daily Caller reached out to Elijah Cummings’ office for a response but did not receive one in time for publication.