House Speaker Nancy Pelosi instructed Capitol Hill Police to heighten security arrangements around Democratic Minnesota Rep. Ilhan Omar in the wake of comments she made about the 9/11 terror attacks and the response from the president on social media.

“Following the President’s tweet, I spoke with the Sergeant-at-Arms to ensure that Capitol Police are conducting a security assessment to safeguard Congresswoman Omar, her family and her staff. They will continue to monitor and address the threats she faces,” Pelosi said in a statement Sunday afternoon.

She added, “The President’s words weigh a ton, and his hateful and inflammatory rhetoric creates real danger.  President Trump must take down his disrespectful and dangerous video.” (RELATED: Pelosi Condemns Trump’s 9/11 Tweet But Remains Silent On Omar’s Remarks) 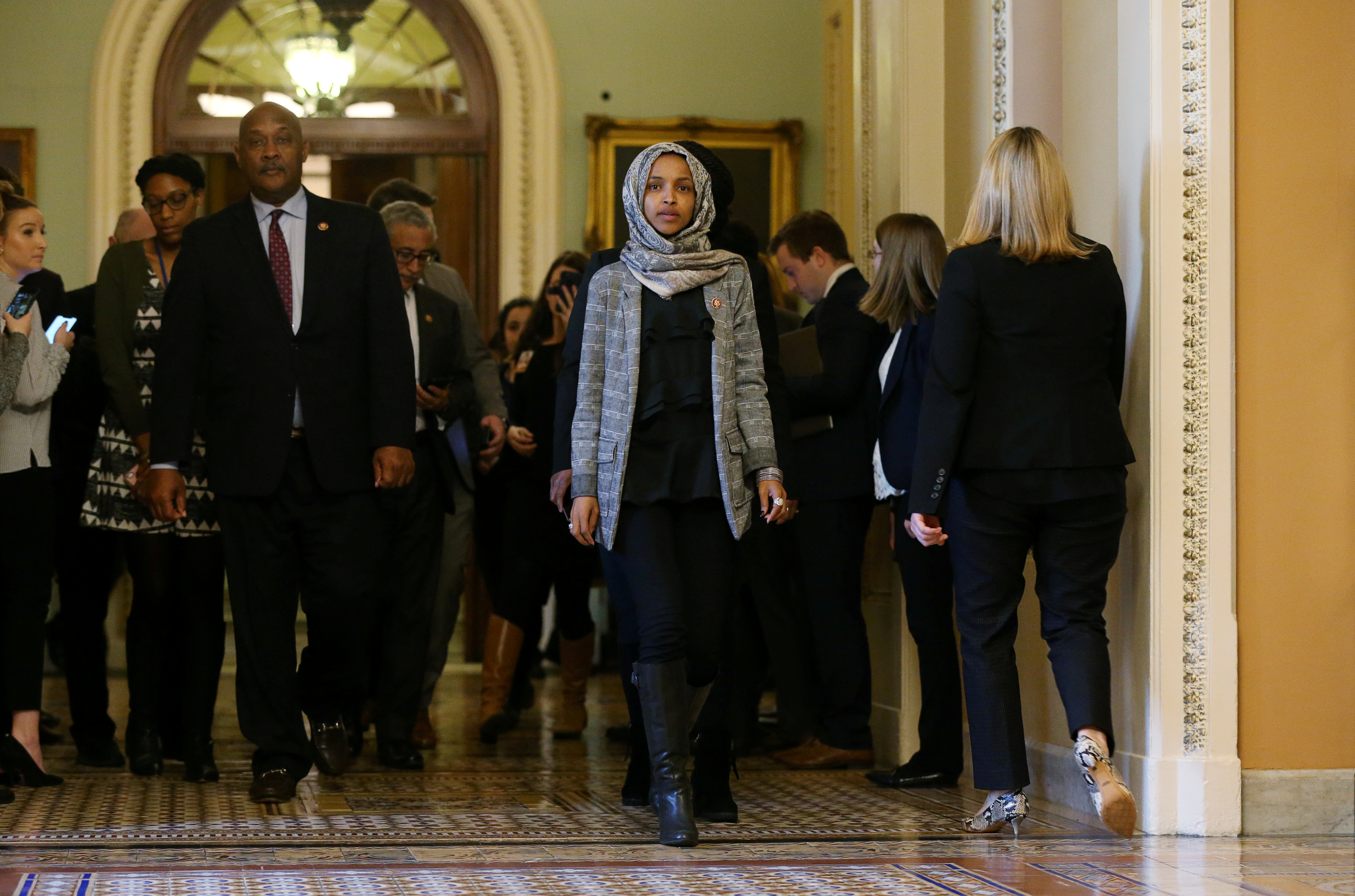 FILE PHOTO: U.S. Rep. Ilhan Omar (D-MN) leaves the U.S. Senate chamber and walks back to the House of Representatives side of the Capitol with colleagues after watching the failure of both competing Republican and Democratic proposals to end the partial government shutdown in back to back votes on Capitol Hill in Washington, U.S., January 24, 2019. REUTERS/Leah Millis/File Photo

Pelosi condemned President Trump for his critical tweet of Omar for describing the attacks as “something some people did.” Trump’s tweet included video of Omar’s remarks and video of the 9/11 attacks. (RELATED: Pelosi Dodges Question On Omar’s 9/11 Comments)

“The memory of 9/11 is sacred ground, and any discussion of it must be done with reverence. The President shouldn’t use the painful images of 9/11 for a political attack,” Pelosi said in a separate statement on Saturday.

Omar made the remarks at an event hosted by the Council on American-Islamic Relations (CAIR) back in March.

“For far too long we have lived with the discomfort of being a second-class citizen and, frankly, I’m tired of it, and every single Muslim in this country should be tired of it,” she said.

She continued, “CAIR was founded after 9/11 because they recognized that some people did something and that all of us were starting to lose access to our civil liberties. So you can’t just say that today someone is looking at me strange and that I am trying to make myself look pleasant. You have to say that this person is looking at me strange, I am not comfortable with it, and I am going to talk to them and ask them why. Because that is the right you have.”

Pelosi has made no public criticism of Omar’s comments despite Assistant House Speaker Rep. Ben Ray Luján calling them “extremely hurtful” and “wrong.”   when he appeared on MSNBC.