Valerie Jarrett, a top adviser to former President Barack Obama, published a book that ranks dismally on Amazon and at Barnes and Noble, but was placed on The New York Times Best Seller list.

Anomalies around the book’s sales figures in industry databases have some in the book business questioning whether Jarrett, who’s rumored to have received a million-dollar-plus advance, paid a company to game the numbers.

Her book, which was published April 2, is number 1,030 on Amazon’s list of top sellers and has only three reviews on the site. It similarly ranks 1,244 on Barnes and Noble where signed copies are being sold for less than the suggested retail for unsigned copies.

Yet the book was also 14th on the NYT bestseller list.

“Given the organic sales of that book and the fact that during the entire week of rollout it barely cracked the top 100 on Amazon, there’s no way the book should have a place on the NYT Best Seller list. Inconceivable,” one prominent book industry insider, speaking on condition of anonymity, told The Daily Caller News Foundation. “There’s likely an effort to game the system, it’s the only explanation.“

Jarrett’s book outsold all but the top four books on the NYT list, according to BookScan, which tracks sales figures. But instead of putting it at number five, the Times placed it lower, including behind one book billed as “a behind-the-scenes look at the daytime talk show ‘The View,'” which is seventh. (RELATED: Roseanne Explodes On Valerie Jarrett: ‘I Thought The Bitch Was White!’)

“It should have been number five, except they excluded a big chunk of her sales for being sketchy. They’ve declared shenanigans,” one longtime book editor told TheDCNF also on the condition of anonymity. 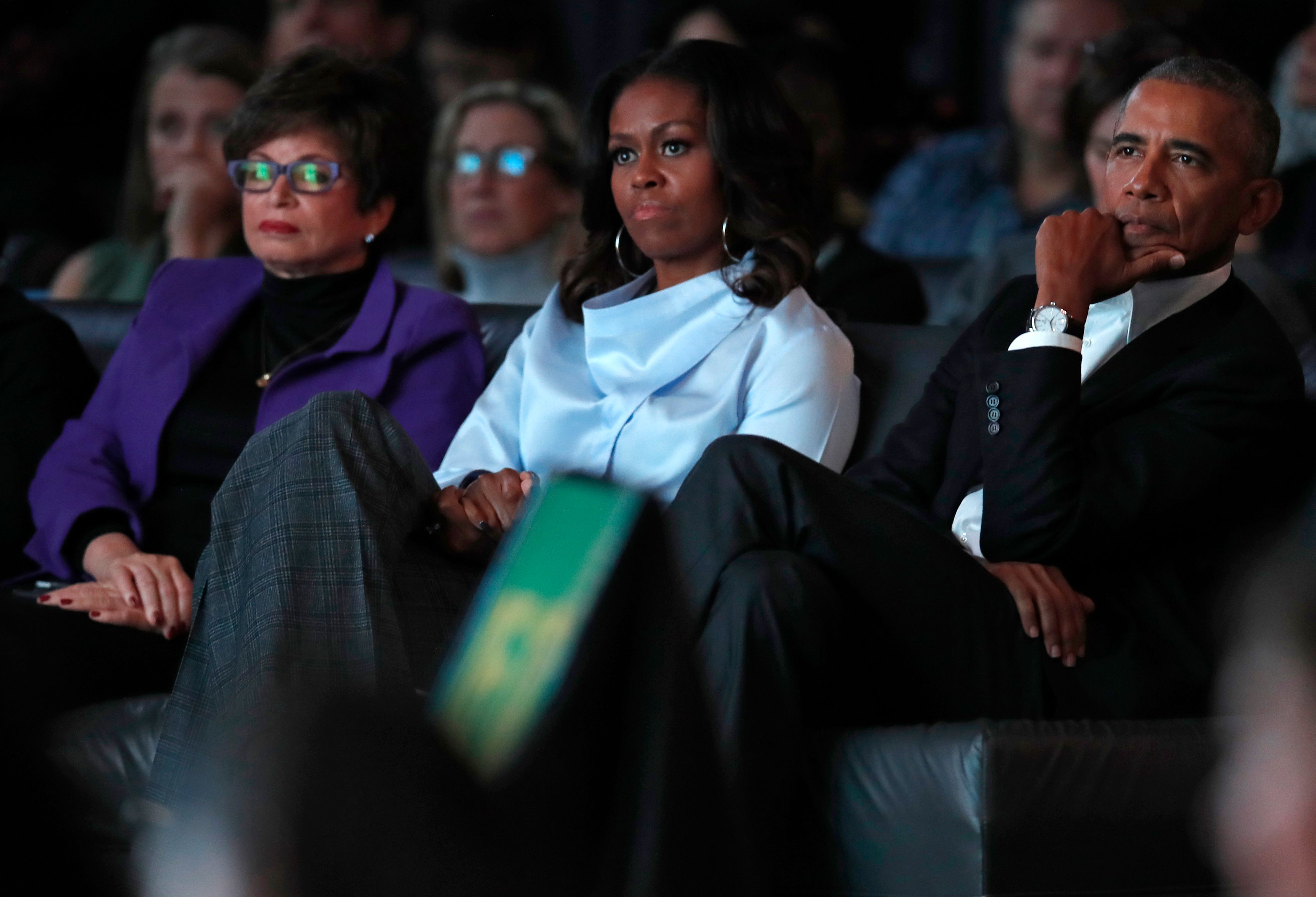 According to BookScan data, Jarrett’s book “Finding My Voice: My Journey to the West Wing and the Path Forward,” sold 12,600 copies in its first week, more than twice as many as the book ranked immediately above it on NYT’s list. The books in NYT’s fifth through 13th slots sold between 4,300 and 9,000 copies.

NYT creates its own estimate of book sales from sampling book stores and also adjusts placements higher or lower for various reasons. NYT did not return a request for comment.

Even more baffling to book world insiders, the Publishers Weekly bestsellers list, which is based on BookScan data, omitted Jarrett’s book from their list of top 25 titles, even though it seemingly should have been seventh.

“This is the first time that I’ve seen a book that doesn’t show up on the PW list but when you drill into BookScan, you see that it had sales that should have been there,” president of the conservative book publisher Regnery, Marji Ross, said.

The book editor that requested anonymity told TheDCNF: “We all know that when Bookscan excludes a book, then it’s been left off because of something sketchy, a bunch of bulk sales or an unusual geographic spread.”

The first industry expert added, “There are some industry sources who don’t think she should be on the list because of fraudulent reporting.”

NPD, the company that compiles the BookScan data, did not respond to a request for comment, nor did Publishers Weekly.

Publicists with Jarrett’s book publisher, Viking, who normally are proactively engaged with the media around a book launch, did not return request for comment on behalf of itself and Jarrett.

For a price, companies such as Result Source will help authors buy their way onto the bestseller list. The bestseller lists exclude bulk sales, so they work by buying large numbers of books in a way that appears as manual, individual sales. The purchases are also concentrated during one week, ensuring that its numbers are high enough to place in the top 10 during its crucial launch week, even if it means stockpiling and trying to resell those books over a long period of time.

“They just take three months worth of their events books, all their corporate clients and speeches, and they funnel them through this company,” the editor said.

Even though it means spending significant amounts of money to buy their own books, hitting bestseller status helps authors in other ways. Indeed, Jarrett’s web page advertising her as a paid speaker already notes that she is a “Former Senior Advisor, Obama Administration; Bestselling Author.” (RELATED: Jeff Sessions Thinks He Can Pull In $40k For Paid Speeches)

Kaplan’s book hit third on the bestseller list its first week, and his sales went almost to zero after that. But that was enough to burnish his resume permanently with a bestseller status that has helped him get other business, he told the Journal.

After the exposé, Result Source shut down, but a similar company called Highlights emerged, the book editor said.

The Daily Beast reported that multiple evangelical Christian pastors used Result Source to game the bestseller list. Former pastor Marck Driscoll resigned from his church after being exposed in 2014. He apologized and asked that the term “New York Times best-selling author” be removed from his bio.

The Times told the Daily Beast that it had ways of discovering and combating people trying to influence their rankings.

“We have developed a system to detect anomalies and patterns that are typical of attempts to gain a false ranking and warrant further inquiry,” Times communications director Danielle Rhoades-Hasaid. “We know which publishers are the most likely to attempt such things. We know what tools they use and with whom—which organizations, special interest web sites, ‘consultants’ and shady order fulfillment houses and retailers—they tend to collaborate.”

Just 10 days after launch, the hardcover price of Jarrett’s book on Amazon has been slashed to $18 from the $30 list price.

“Viking supposedly paid seven figures for this, so they were hoping for Michelle Obama level publicity and number one bestseller,” the anonymous book editor said. “Number 14 is a huge disappointment. For $1 million you want to sell 200,000 copies in order for this to work out. For a book like this that should have been publicity driven, you’d want 40 to 50 thousand in the first week.”

“There’s no demand for the book and no one is reviewing it,” the editor continued. “She’s gotten very little media. She doesn’t know how to sell it and no one wants to sell it for her.”

Ross said “I don’t often understand what New York publishers are thinking when they pay seven- and even eight- figure advances to big figures on the liberal side. I assume that the publisher is pretty disappointed with the sales and the media attention for the book.”

“I didn’t even know there was a book until I saw the NYT list yesterday,” she continued. “Obviously it hasn’t gotten very much traction, based on the general lack of buzz. Which is why I’m surprised to see that inside of BookScan’s system, 12,000 books were sold.”

She said that even if the Times moved her down in the rankings because of suspicious sales, it still put her on the list. “There is still a bragging right that you get when you make the list, she’ll be able to say that.”