The Maryland woman accused of assaulting White House counselor Kellyanne Conway at a Mexican restaurant just outside of Washington, D.C., had her charges dropped in court Monday.

Mary Inabinett, 63, of Chevy Chase, Maryland, was facing second-degree assault and disorderly conduct charges from the incident at Uncle Julio’s restaurant in Bethesda, Maryland, where Inabinett allegedly approached Conway and started grabbing her from behind and shaking her. Conway called 911, but Inabinett had left before police arrived.

“Somebody was grabbing me from behind, grabbing my arms, and was shaking me to the point where I felt maybe somebody was hugging me,” Conway told CNN. “She was out of control. I don’t even know how to explain her to you. She was just, her whole face was terror and anger. She was right here, and my daughter was right there. She ought to pay for that.” 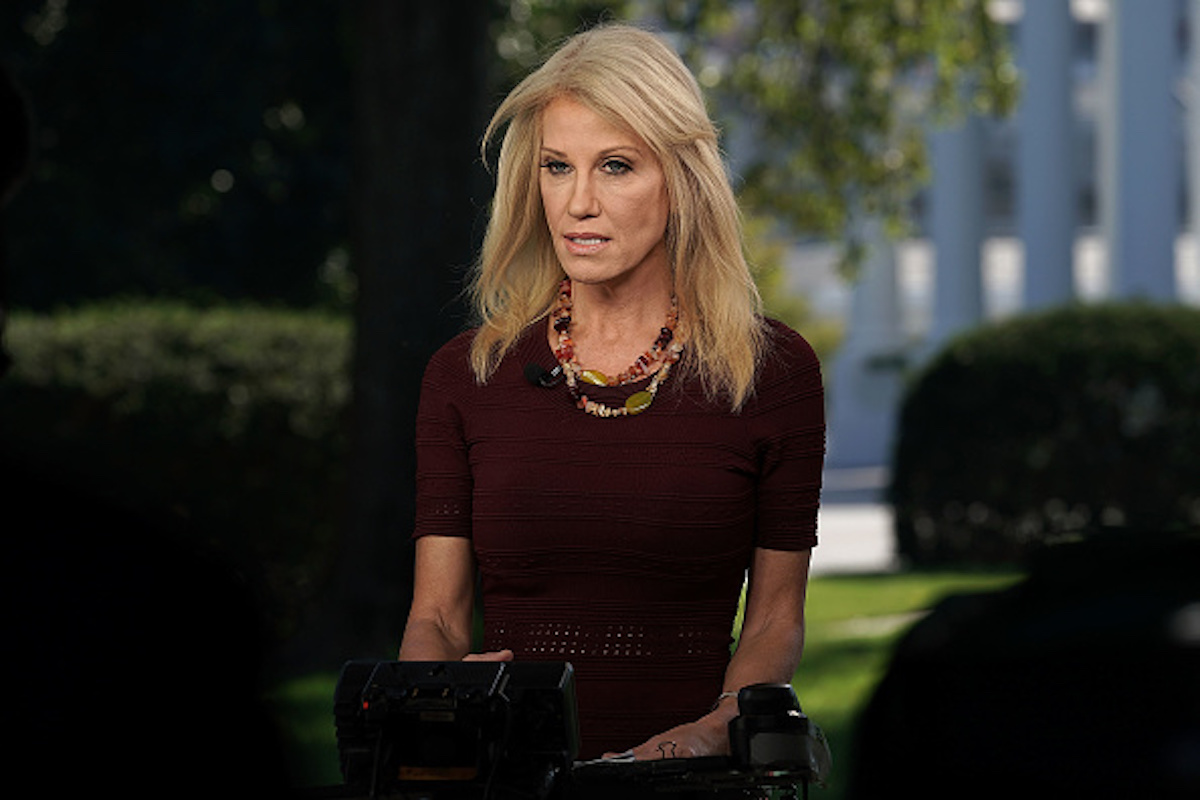 Inabinett was charged in November 2018. The charges were dropped in court Monday after a jury in the deep blue county decided there was no reason to move forward with the charges.

“Dropping the charges is the best decision for this set of circumstances,” prosecutors stated in court, according to ABC 7. (RELATED: Kellyanne Conway Speaks About Alleged Assault At Restaurant)

Conway and Inabinett were not present at the hearing Monday.

1
15 People Died In The Protests And Riots Following George Floyd's Death. Here's Who They Are
US
2
FLASHBACK: NFL Legend Jim Brown Says He'd Never 'Denigrate' The Flag By Kneeling During The National Anthem
Editorial
3
Lisa Page Lands New Gig As National Security And Legal Analyst At NBC News
Media
4
Trump Orders Thousands Of US Troops To Leave Germany
World
5
'You Are Something Else': Trump Chastises PBS Reporter After She Interrupts Him With Questions During Bill Signing
Media