Authorities pronounced an elderly Florida man dead Friday after he was attacked by his pet cassowary bird.

Marvin Hajos, 75, died Friday after succumbing to injuries from the bird’s attack, The Washington Post reported Sunday. Emergency responders went to Hajos’ farm in Alachua after receiving a distressed call around 10 a.m. Friday, according to Lt. Josh Crews with the Alachua County Sheriff’s Office, the Post reported.

Cassowaries are native to Australia and New Guinea. They are relatives of emus, ostriches and rheas. The largest of the species can approach up to 6 feet in height and are considered the most dangerous bird in the world, according to the San Diego Zoo. They are strong swimmers, can jump up to 7 feet high and can run over 30 mph.

Washington National Zoo assistant bird curator Eric Slovak described the bird as “a big, 200-pound, six-foot bird roaming around eating fruit all day,” noting that while they typically keep to themselves, their talons make them quite dangerous.

“If you were kicked by a cassowary with that nail, it would do a lot of damage to you,”  Slovak told the Post. “You would wind up in the hospital for sure.”

Slovak said the zoo-keepers never entered the space with the cassowary because of their lethal potential. “At no time, ever, do we ever go in with the cassowary … we know how dangerous they could be if they got spooked for any reason,” Slovak said. (RELATED: Pit Bulls Kill Elderly Woman In Mississippi)

“I would not understand why anyone would want to keep a cassowary as a pet,” Slovak also said. 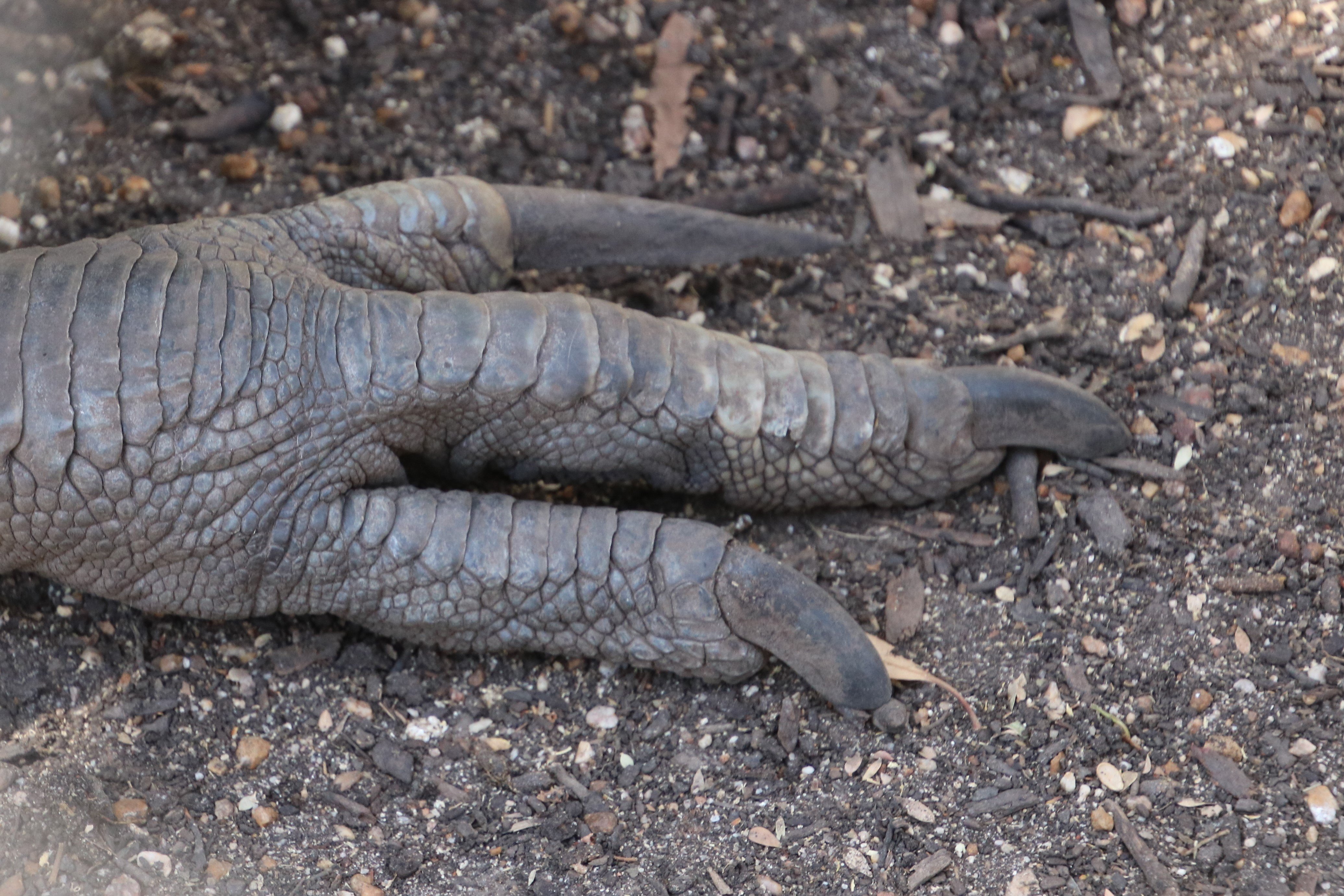 Image of a cassowary foot. Shutterstock/Fazwick

Hajos’ fatal run-in with a cassowary is not the first. There have been 221 documented cassowary attacks in Queensland, 150 of which were on humans, according to a 1999 study by Christopher P. Kofron of the Queensland Parks and Wildlife Service, the Post reported.

Australian tourist Dennis Ward was pushed off a cliff by a cassowary in 2012, according to the Post.

Jogger Doon McColl also described a nearly three-hour long threatening encounter with a cassowary in Australia’s Mount Whitfield Conservation Park in 1995. A cassowary injured McColl’s boyfriend, Ray Willetts, just a week later, leaving him scratched, bloody and scared. In a description of the event, Willets said, “it was Jurassic Park!” according to the Post. 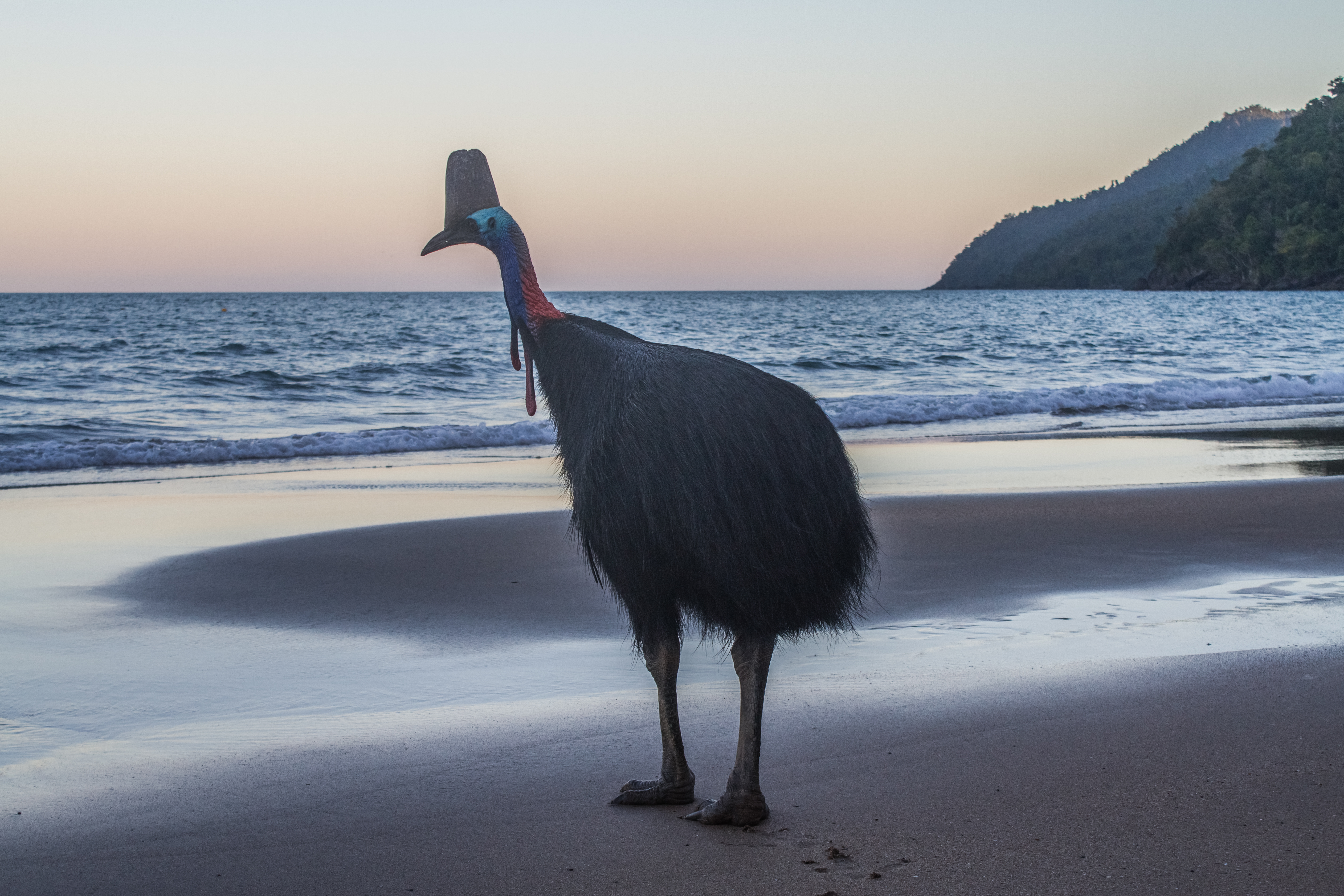 The Alachua sheriff’s office indicated it may work with the Florida Fish and Wildlife Commission as an investigation into what prompted the exchange between Hajos and the bird continues.

The woman who describes herself as Hajos’ fiancee said, “he was doing what he loved,” according to the Post.

“Florida has the worst record in the country of incidents involving several dangerous species, such as big cats and primates, based on data collected by the Humane Society of the United States, and it can now add cassowaries to the list,” Humane Society vice president of Wildlife Protection, Nicole Paquette, told The Daily Caller News Foundation in a statement Monday. “The tragic death of a Florida man by a cassowary underscores the hazards associated with keeping dangerous wild animals.”