Chairman of the House Judiciary Committee Jerry Nadler says he takes no issue with a colleague dismissing Sept. 11, 2001, as a day when “some people did something.”

When asked if he “take[s] any issue with the way [Democratic Minnesota Rep. Ilhan] Omar characterized 9/11,” Democratic New York Rep. Nadler, whose congressional district contains the on-site memorial to the 9/11 terrorist attacks, said, “No, I did not.”

.@jaketapper: Did you take any issue with the way congresswoman @IlhanMN characterized 911?@JerryNadler: No.

This is your daily reminder that Nadler is the representative of the 9/11 district.

The congressman was being asked about the incident in the light of Omar’s recent speech to the Council on American-Islamic Relations in which she appeared to trivialize the events of Sept. 11, 2001. (RELATED: Top-Ranking Democrat Says Mueller Report Doesn’t Matter – ‘We Know There Was Collusion’) 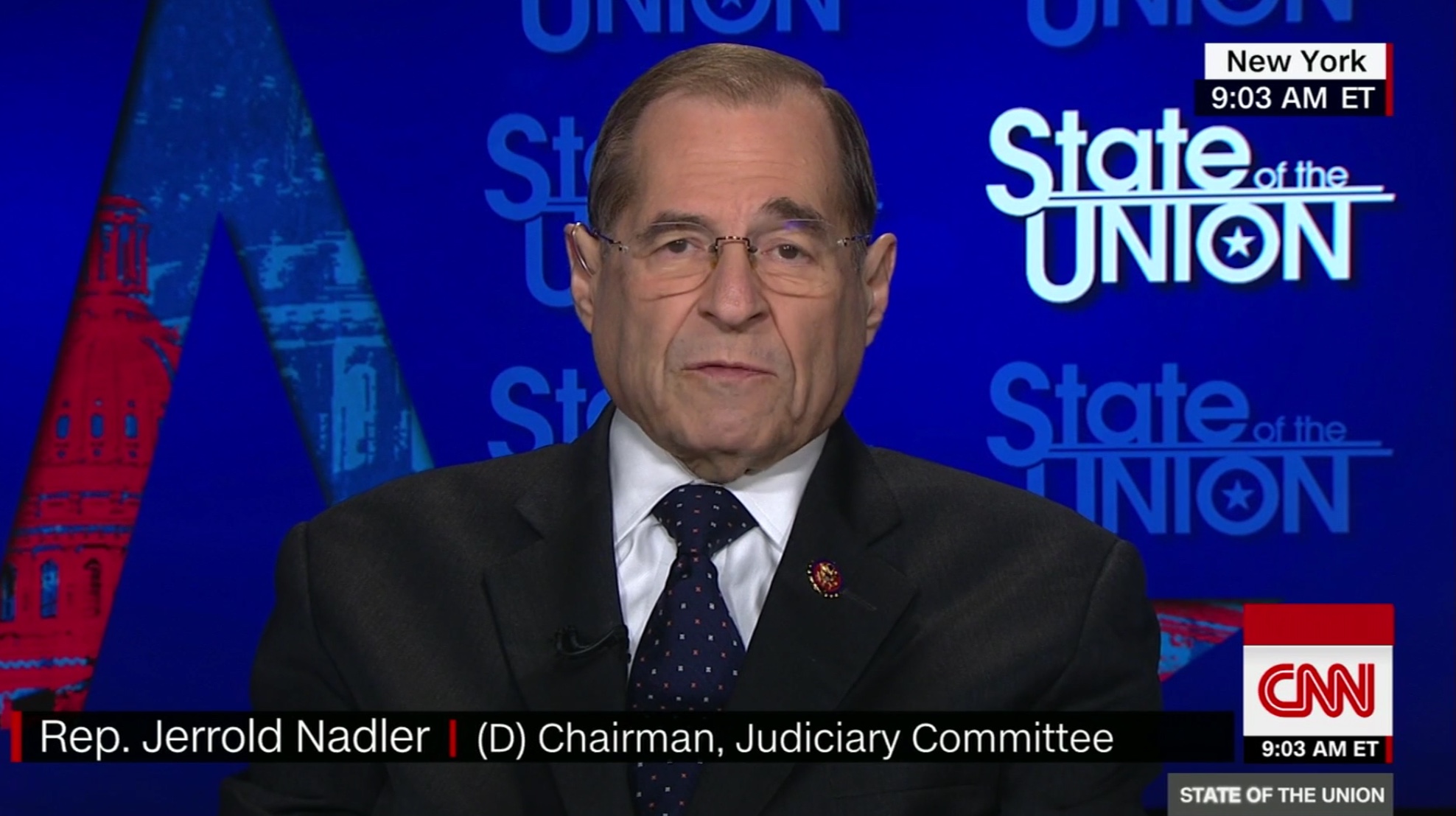 President Donald Trump condemned Omar’s words in a tweet that also featured a video of her saying them in front of a Council on American-Islamic Relations conference in Los Angeles.

CNN host Jake Tapper referenced the president’s tweet and House Speaker Nancy Pelosi’s objection to it. But he also noted that “[Pelosi] also seemed to have a message for Congresswoman Omar, too, saying in her statement, ‘The memory of 9/11 is sacred ground and any discussion of it must be done with reverence.'” (RELATED: Omar Says People ‘Go After’ Her More Than The Hosts Of ‘Fox & Friends’)

Despite Nadler’s acquaintance with Omar’s comments on 9/11, Tlaib claimed over the weekend that she and other progressives in the party were being “ignored” by Democratic leadership and used as diversity props: “[The Party Leadership] put us in photos when they want to show our party is diverse. However, when we ask to be at the table, or speak up about issues that impact who we are, what we fight for & why we ran in the first place, we are ignored. To truly honor our diversity is to never silence us.”