Fox News anchor Shep Smith ended a phone call from a French media analyst when he began to speculate terrorists might be responsible for the fire at the Notre Dame Cathedral that broke out on Monday.

Philippe Karsenty, who has previously been convicted of defamation, joined the Fox News coverage of the fire and tried to offer his opinion that the fire may not have been an accident like it’s been reported thus far. Reuters Paris bureau chief Luke Baker tweeted that the fire, “started by accident and is related to ongoing work, according to France 2, citing police.”

“Everybody’s really under shock now in France. I would tell you something. Even if nobody died, it’s like a 9/11, it’s a French 9/11. It’s a big shock. This church was there for more than 850 years. Even the Nazis didn’t dare to destroy it,” Karsenty stated.

“You need to know that for the past years, we’ve had churches desecrated each and every week in France, all over France. So, of course, you will hear the story of the politically correct — the political correctness which will tell you it’s probably an accident.” (RELATED: Batons, Rocks And Fireworks: Rioters Converge On Paris Over Gas Tax Hikes)

Smith interrupted him, saying, “Sir, sir, sir, we’re not going to speculate here of the cause of something that which we don’t know. If you have observations or you know something, we would love to hear it.”

“I’m just telling you something, what we need to be ready,” Karsenty responded. 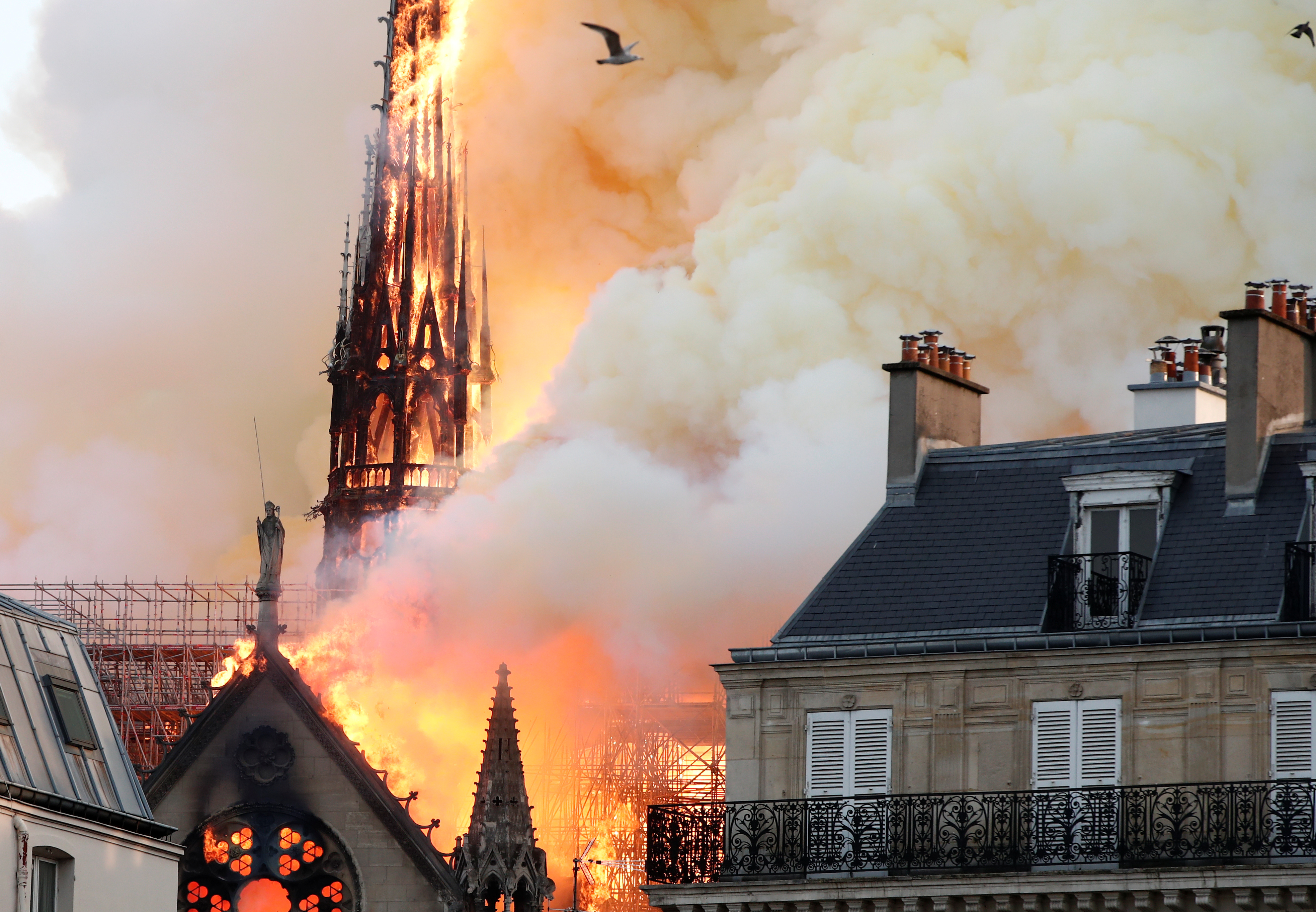 Smith then cut him off and went into a diatribe about why he would not allow a guest to speculate on his show.

“No, sir, we’re not doing that here, not now, not on my watch. Philippe Karsenty, it’s very good for you to be here. We’re watching the at least partial destruction of a world icon, Notre Dame Cathedral has been burning for 2.5 hours. The initial reports we got were that the fire started in a construction zone in the rear. We are thousands of miles away. And the man on the phone with us has absolutely no information of any kind about the origin of this fire and neither do I. And the fire investigators will at some point come to a determination about what caused this and conspiracy theories about anything are worthless and in many cases counter productive and injurious to society. And those who entertain them are not acting in the best interests of the people of this planet.”

President Donald Trump responded to the news of the fire on Twitter earlier on Monday, saying, “So horrible to watch the massive fire at Notre Dame Cathedral in Paris.” He urged those battling the blaze to “act quickly,” suggesting the use of airborne water tankers.