The rebuilding of the Notre Dame Cathedral after the devastating fire Monday may take years, but the historic structure could get some help from 3D maps and even the video game “Assassin’s Creed,” according to the Houston Chronicle.

Amid the outpouring of grief and support on social media for the iconic French Gothic structure, Ph.D. student Hannah Groch-Begley shared on Twitter the work of late art historian Andrew Tallon, who used laser scanners to make an accurate model of the building. (RELATED: People Fall To Their Knees In Prayer As They Watch Notre Dame Burn)

I know this doesn’t help, but we have exquisite 3D laser maps of every detail of Notre Dame, thanks to the incredible work of @Vassar art historian Andrew Tallon. Prof Tallon passed away last November, but his work will be absolutely crucial https://t.co/YJl3XXUZTg

Collecting more than a billion points of data, Tallon mounted a laser scanner on a tripod within various points of the cathedral. The beams sweep around the area, measuring the distance between the scanner and every point it hits, which is represented by a dot. When all combined together, the dots form to make a 3D outline of the structure that is “accurate to within five millimeters,” according to Tallon.

“I like to think that this laser scanning work and even some of the conventional scholarship I do is informed by that important world of spirituality,” said Tallon in the National Geographic article. “It’s such a beautiful idea.”

Another possible resource for the rebuilding of the Notre Dame lies within the virtual world of the video game “Assassin’s Creed Unity.” (RELATED: Why Couldn’t Firefighters Douse The Flames Of Notre Dame Cathedral?)

The video game series has a reputation for accurately recreating historical settings, such as Jerusalem, Venice and even colonial-era Boston. Set in Paris during the French Revolution, “Assassin’s Creed Unity” features a virtual construction of the Notre Dame Cathedral that took two years to make.

“I made some other stuff in the game,” said Caroline Miousse, a level artist for the game, “but 80 percent of my time was spent on Notre Dame.” 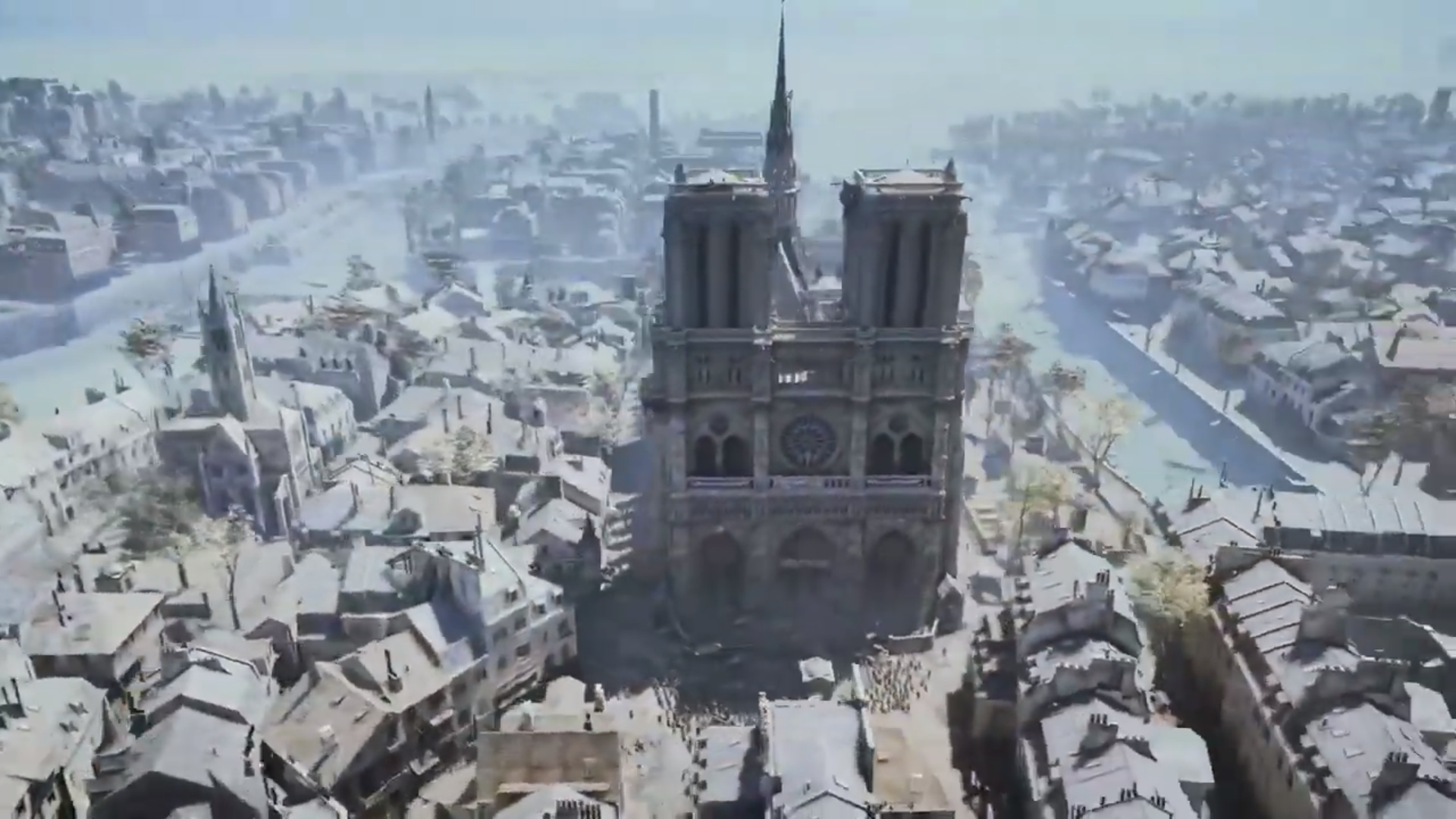 “It’s a better Paris than the actual Paris for gameplay,” said Nicolas Guerin, world level design director. “We have to build a game playground first, and on top of that make a cool city that’s visually striking and historically accurate as well.”

French President Emmanuel Macron has promised to rebuild the 850-year-old cathedral and announced that France will launch an international fundraising campaign to fund the project on Monday. Leading the efforts, three French billionaire dynasties donated $700 million towards the restoration fund Tuesday.

1
82-Year-Old Attacked For Holding A Trump Sign Gets Emotional When He Receives A Call From Donald Trump Jr.
US
2
15 People Died In The Protests And Riots Following George Floyd's Death. Here's Who They Are
US
3
Here's The Text Of Ivanka Trump's Commencement Speech Cancelled For 'Social Justice Issues'
US
4
Trump Orders Thousands Of US Troops To Leave Germany
World
5
Trump's Approval Rating Achieved Something Unprecedented. Here's What It Means For November
Analysis