2020 presidential candidate Bernie Sanders’ campaign is embracing an all-out war with the establishment wing of the Democratic Party.

Democratic donors, concerned by the combination of Sanders’ socialist politics and high fundraising numbers, have held meetings discussing how best to stop him, The New York Times reported Tuesday.

“There’s a growing realization that Sanders could end up winning this thing, or certainly that he stays in so long that he damages the actual winner,” David Brock, a Democratic hatchet man aligned with the Clintons, told the paper.

The campaign capitalized on the conflict by launching an “emergency 48-hour fundraising drive to fight back against the ‘anti-Sanders’ campaign being hatched by the financial elite of this country.” (RELATED: Clinton Alumni Swipe At Bernie Immediately After He Launches 2020 Campaign) 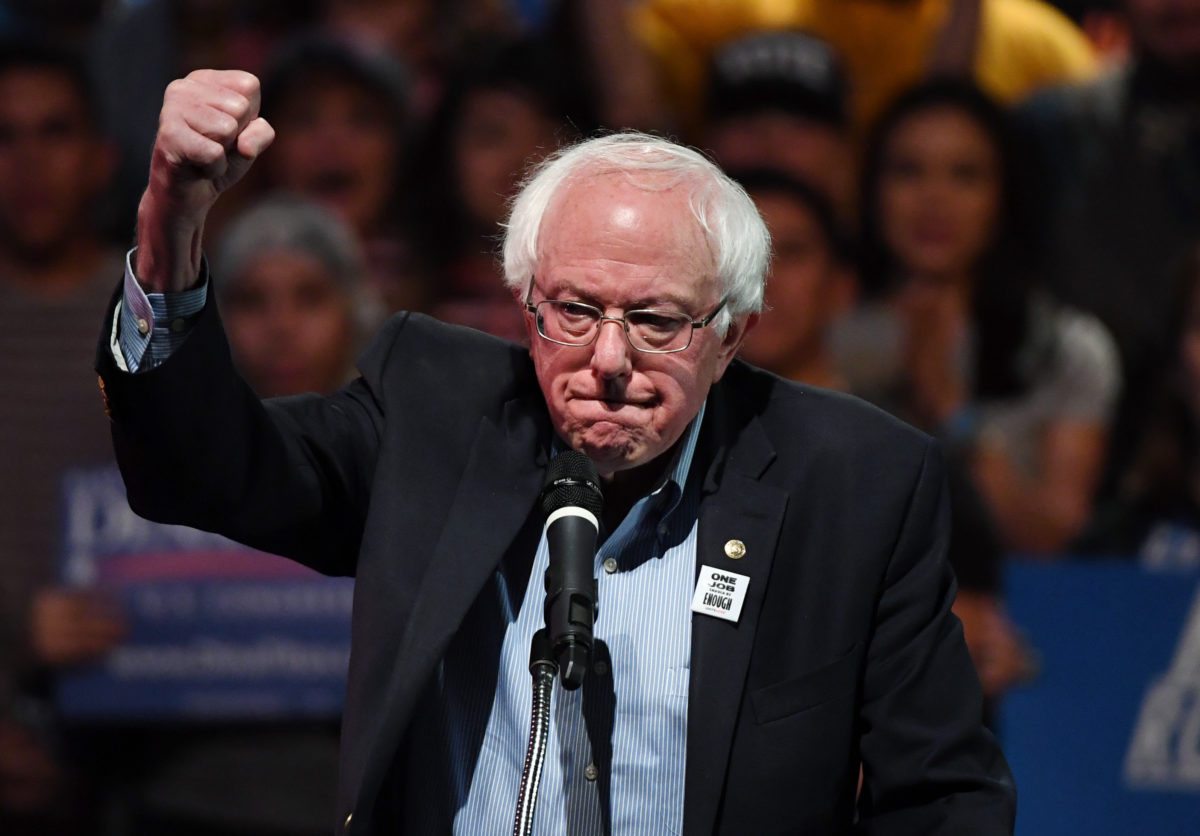 U.S. Sen. Bernie Sanders (I-VT) speaks during a rally for Nevada Democratic candidates at the Las Vegas Academy of the Arts on October 25, 2018 in Las Vegas, Nevada. In-person early voting for the midterm elections in Nevada continues through November 2. (Photo by Ethan Miller/Getty Images)

The video shows Sanders railing against “millionaires and billionaires” in the decades prior to his 2016 campaign, before cutting to footage of him attacking “billionaires,” but not millionaires, in the years after the 2016 election.

“Now, thanks to his noteworthy 2016 presidential run and royalties on his books, Sanders’s finance and his rhetoric has been slightly tweaked,” the video’s caption states.

The Sanders campaign responded with an email blast slamming CAP as “the epitome of the political establishment” and “an organization whose massive annual budget is bankrolled by billionaires and corporate executives that profit from finance, pharmaceutical companies, fossil fuels, and sending American jobs overseas.”