The Nation of Islam’s research group Tuesday morning appeared to publish a video on Twitter that alleged 9/11 was a hoax orchestrated by the U.S. government. It was narrated by leader Louis Farrakhan in an attempt to demonstrate the group’s support for Democratic Minnesota Rep. Ilhan Omar.

“3,133 Scientists Back Ilhan Omar on 9/11 Deep skepticism exists about the gov’t version of 9/11. Many experts—architects & engineers—say the World Trade Center Towers were destroyed in a controlled demolition. Listen to @LouisFarrakhan #IStandWithIlhan,” the tweet reads with the YouTube video link attached.

The video, which was published on YouTube in 2018, begins with a definition of a false flag: “Covert operations that are designed to deceive in such a way that activities appear as though they are being carried out by entities, groups, or nations other than those who actually planned and executed them.”

The video then accuses the Bush administration of plotting “to get the country into war at the expense of young patriotic men and women.” The video proceeds to allege that the government lied to the people about the USS Maine, World War I, World War II, and the Vietnam War. It goes on to cite the conspiracy theory that the jet fuel would not be able to melt steel beams. (RELATED: Facebook Takes Down Louis Farrakhan’s Anti-Semitic Video That Twitter Wouldn’t)

It also claims that a plane did not crash in Pennsylvania, nor did one crash into the Pentagon. 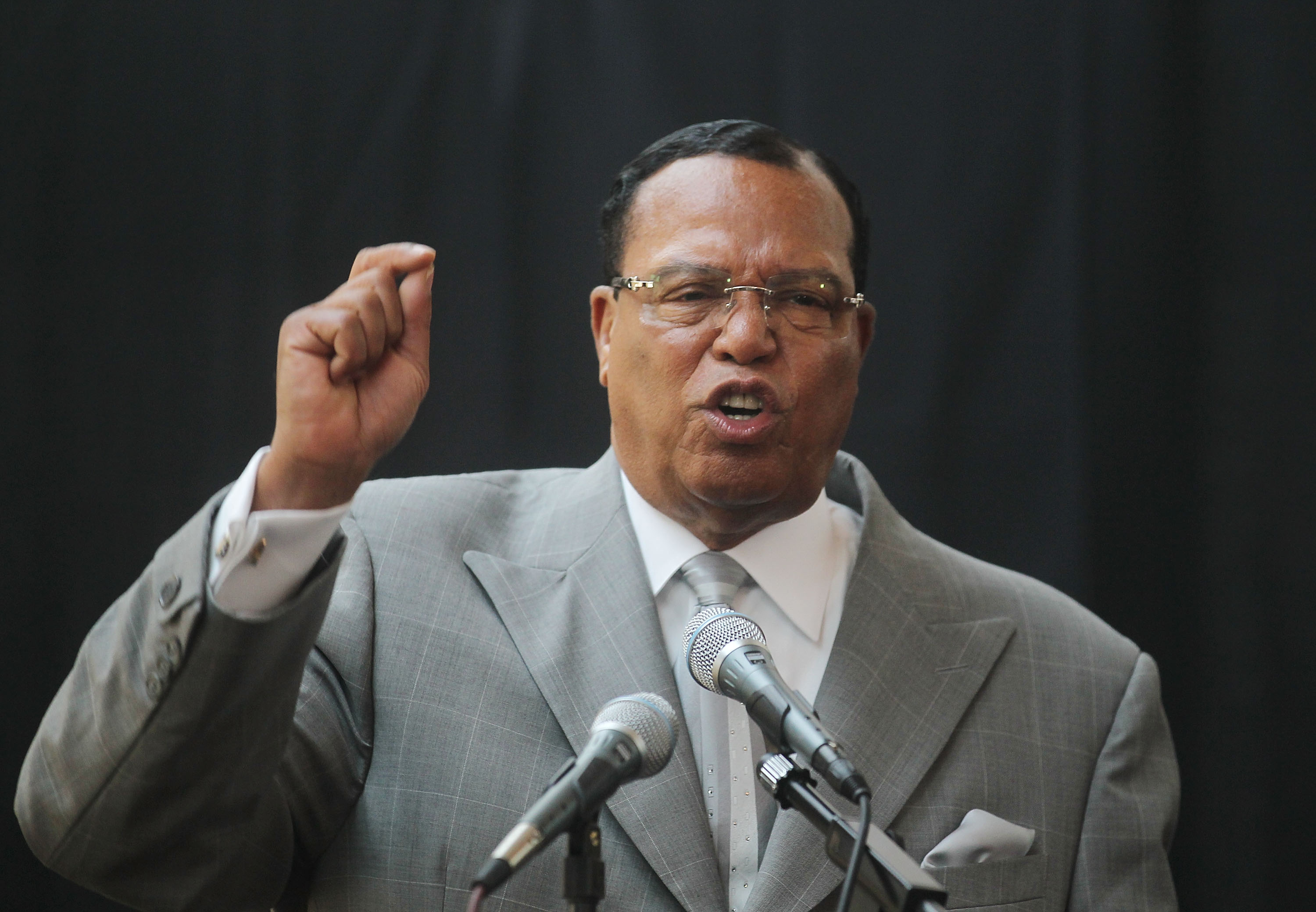 The hashtag #IStandWithIlhan is in reference to the backlash she faced over the last week for saying “some people did something” in reference to the 9/11 terror attacks during a speech last month. She also claimed in the same speech that the attacks had been used to justify the mistreatment of Muslims.

The New York Post furthered the fight by publishing her quote Thursday with the infamous photo of the second plane going into the World Trade Center on the paper’s front page. A protest of the Post has since been called. (RELATED: Rashida Tlaib Defends Ilhan Omar’s 9/11 Comments: This is ‘Racist’)

Omar, who has been backed by many of her progressive colleagues, doubled down on her statement, claiming that the anger is misguided and used to incite violence against her. President Donald Trump weighed in on her statements by tweeting a video of her words combined with cable news coverage from 9/11.

Back in 2015, Farrakhan claimed that “there were many Israelis and Zionist Jews in key roles in the 9/11 attacks” and claimed that “many Jews received a text message not to come to work on September 11.”