The office of First Lady Melania Trump responded on Friday after Anna Wintour implied during an interview that the current first lady will not appear on the cover of Vogue despite featuring past first ladies.

“To be on the cover of Vogue doesn’t define Mrs. Trump, she’s been there, done that long before she was first lady,” Stephanie Grisham, spokeswoman for Trump, said in a statement first obtained by Fox News.

“We always had a tradition at Vogue to photograph the first ladies when they first came in to office — some extraordinary, wonderful women, and it was an honor to photograph them,” Wintour said during an interview CNN before praising former First Lady Michelle Obama for “inspiring so many women” and doing “wonders for fashion.” Vogue featured Obama three separate times when she served as first lady.

However, after CNN’s Christiane Amanpour referred to Wintour as “overtly political” when it comes to cover features and profiles, the Vogue editor-in-chief noted that she must take a stand.

“I also feel even more strongly now that this is a time to try and ― I think that one has to be fair, one has to look at all sides ― but I don’t think it’s a moment not to take a stand,” Wintour said. “I think you can’t be everything to everybody.” 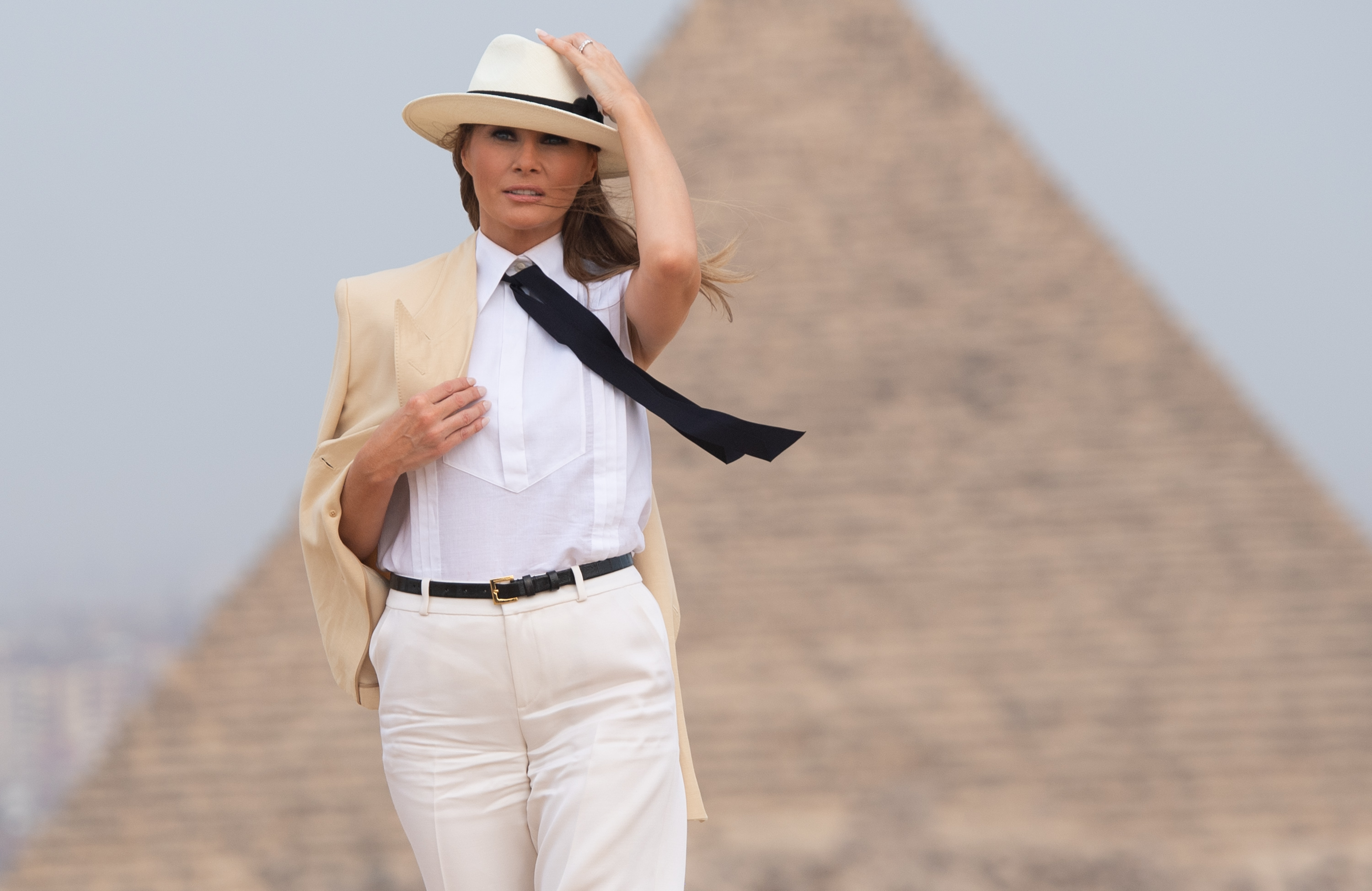 “I think that is a time when we live in a world where, as you would well know, of fake news,” she continued. “I believe and I think that those of us that work at Conde Nast believe that you have to stand up for what you believe in and you have to take a point of view.” (RELATED: Melanie Turns Heads In Gorgeous White Coat For St. Patrick’s Day Church Service)

“Her role as first lady of the United States and all that she does is much more important than some superficial photo shoot and cover,” Grisham added. “This just further demonstrates how biased the fashion magazine industry is, and shows how insecure and small-minded Anna Wintour really is.”