Former Secretary of the Department of Interior Ryan Zinke landed a new job at a Nevada gold mining firm Tuesday, four months after his resignation.

Zinke accepted the consulting and board position with U.S. Gold Corp., according to NBC Montana. He will reportedly be making more than $114,000 in his new position. Zinke will also receive up to $120,000 a year in expenses. 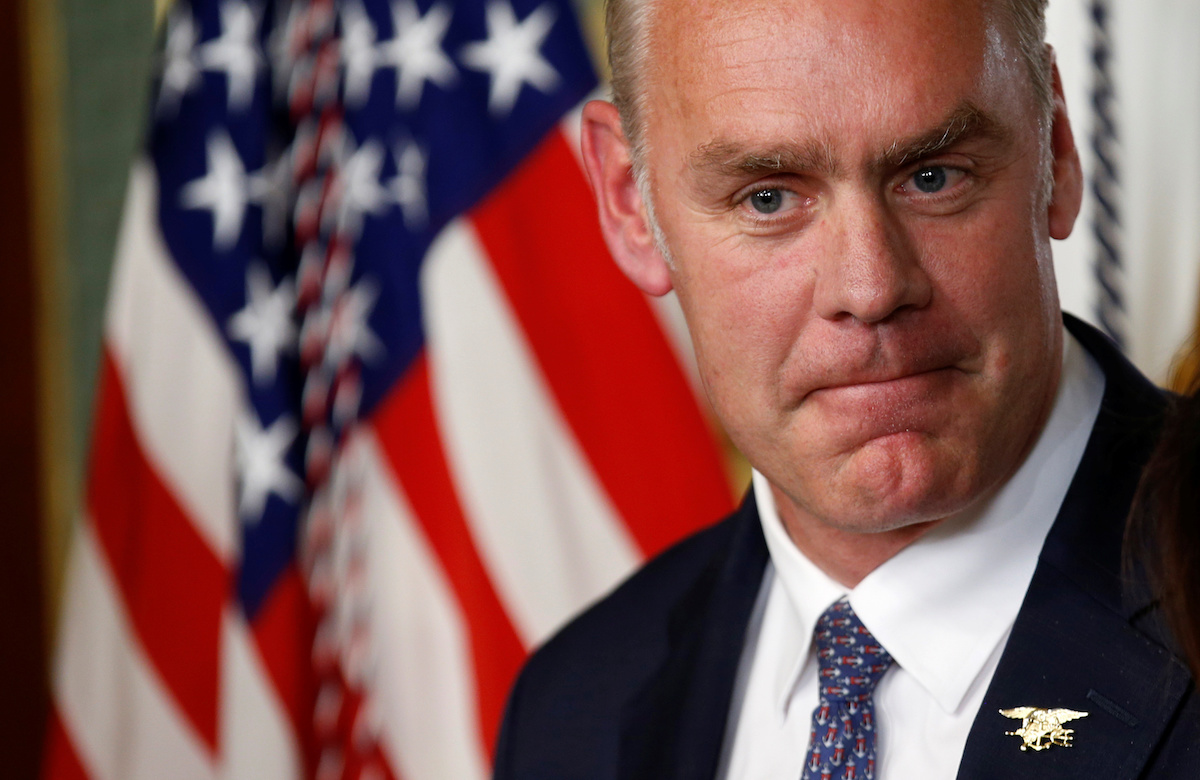 Ryan Zinke pauses after he was sworn in to be Secretary of the Interior in Washington, U.S., March 1, 2017. (REUTERS/Joshua Roberts)

Zinke announced his resignation in December after continued speculation he and other Trump administration officials would be asked to resign. Zinke issued a farewell statement, saying it has “been a high honor to serve” under President Donald Trump. (RELATED: Interior Secretary Ryan Zinke Says Farewell)

Trump complimented Zinke on his way out, saying “Ryan has accomplished much during his tenure and I want to thank him for his service to our Nation.”