NEW YORK CITY — Retired FDNY firefighter Jim Riches, whose son Jimmy was murdered on 9/11, blasted Minnesota Democratic Rep. Ilhan Omar Tuesday night for explaining the attack as “some people did something.” He demanded an apology from the Democratic congresswoman while panning New York Democrats for defending her.

“My son Jimmy was murdered by Islamic terrorists. Three thousand people were murdered that day. And Rep. Ilhan Omar said some people did something. That’s ridiculous. It’s outrageous. It’s a disgrace. She’s in the Congress of the United States,” Riches said at the New York State Republican Party dinner at the Grand Hyatt. “My son and those 3000 people died a terrible death.” (RELATED: Pelosi Condemns Trump’s 9/11 Tweet But Remains Silent On Omar’s Remarks)

A video of Omar at a function hosted by the Council on American-Islamic Relations (CAIR) from roughly a month ago surfaced last week. 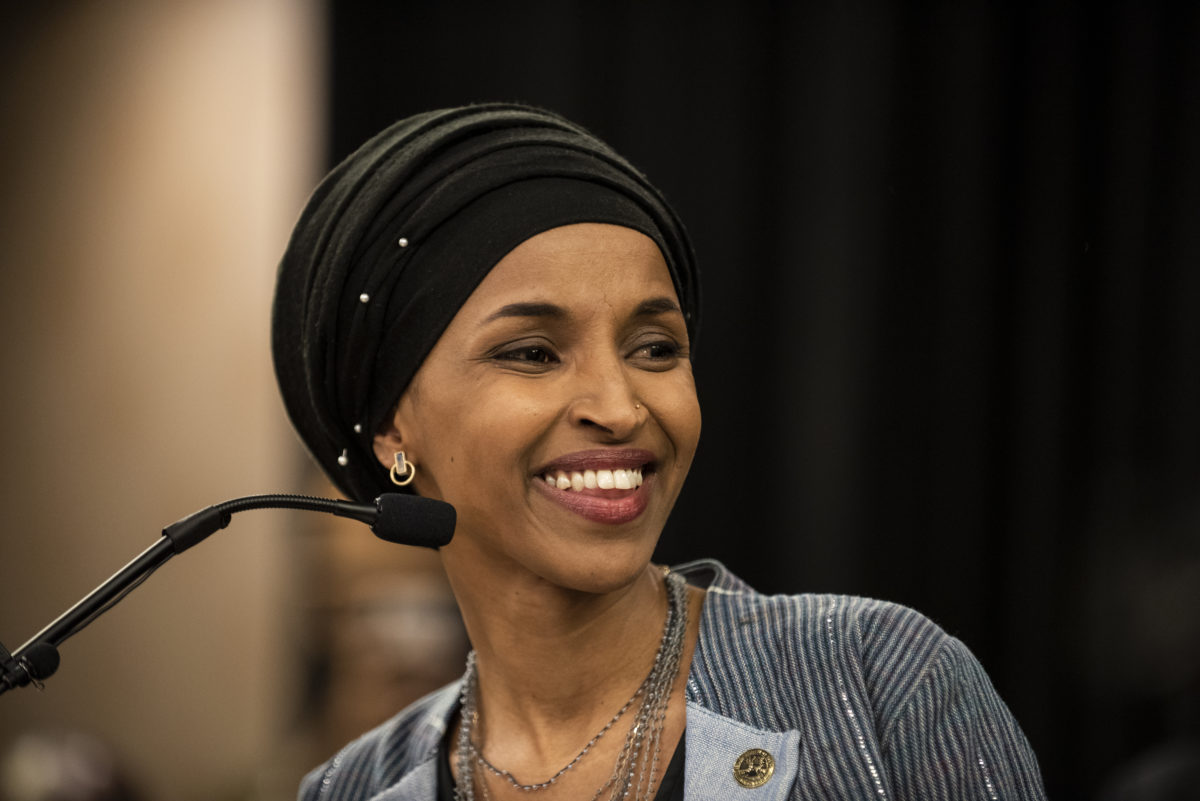 “For far too long we have lived with the discomfort of being a second-class citizen and, frankly, I’m tired of it, and every single Muslim in this country should be tired of it,” she said at the event. (RELATED: Pelosi Dodges Question On Omar’s 9/11 Comments)

CAIR was founded after 9/11 because they recognized that some people did something and that all of us were starting to lose access to our civil liberties. So you can’t just say that today someone is looking at me strange and that I am trying to make myself look pleasant. You have to say that this person is looking at me strange, I am not comfortable with it, and I am going to talk to them and ask them why. Because that is the right you have.

CAIR, however, was founded in 1994. President Donald Trump swiftly responded on Twitter by sending out a tweet not only the video of Omar’s 9/11 remarks but also the attacks of 9/11. Democrats claimed Trump put Omar in danger because of the tweet. (RELATED: Pelosi Orders Capitol Hill Police To Beef Up Security For Rep. Omar)

Riches, however, supported the Trump tweet of the 9/11 video.

“To see Donald Trump get a video in with the planes crash into the building. He said, ‘Never forget 9/11.’ So many people were outraged on the Democratic side … He told like it was. That’s what happened that day,” Riches said.

“Donald Trump is 100 percent right. They can’t deal with reality. [Sen. Chuck] Schumer, Nadler — all the New York politicians were quiet. They didn’t say one thing to [Rep. Rashida] Tlaib and them. They called us racists. I’m not a racist. My son got murdered,” he said. “I did nothing wrong. I’m not a racist. Don’t call me a racist, because I criticized you, but she owes us an apology, and we’re gonna get it.”

“He has no moral authority to be talking about 9/11 at all,” Nadler, said on “State of the Union.”

“He wasn’t president then, but Donald Trump actually took a $150,000 grant from the Bush administration … for 40 Wall Street,” he continued. “He stole $150,000 from some small businessperson who could’ve used it to help rehabilitate himself.”