Spain’s socialist PSOE party pledged to abolish prostitution, claiming that is was “one of the worst forms of violence against women” in a series of measures appealing to female voters.

The updated document would state, “Prostitution, which we aim to abolish, is one of the cruelest aspects of the feminisation of poverty and one of the worst forms of violence against women,” PSOE sources told El País. 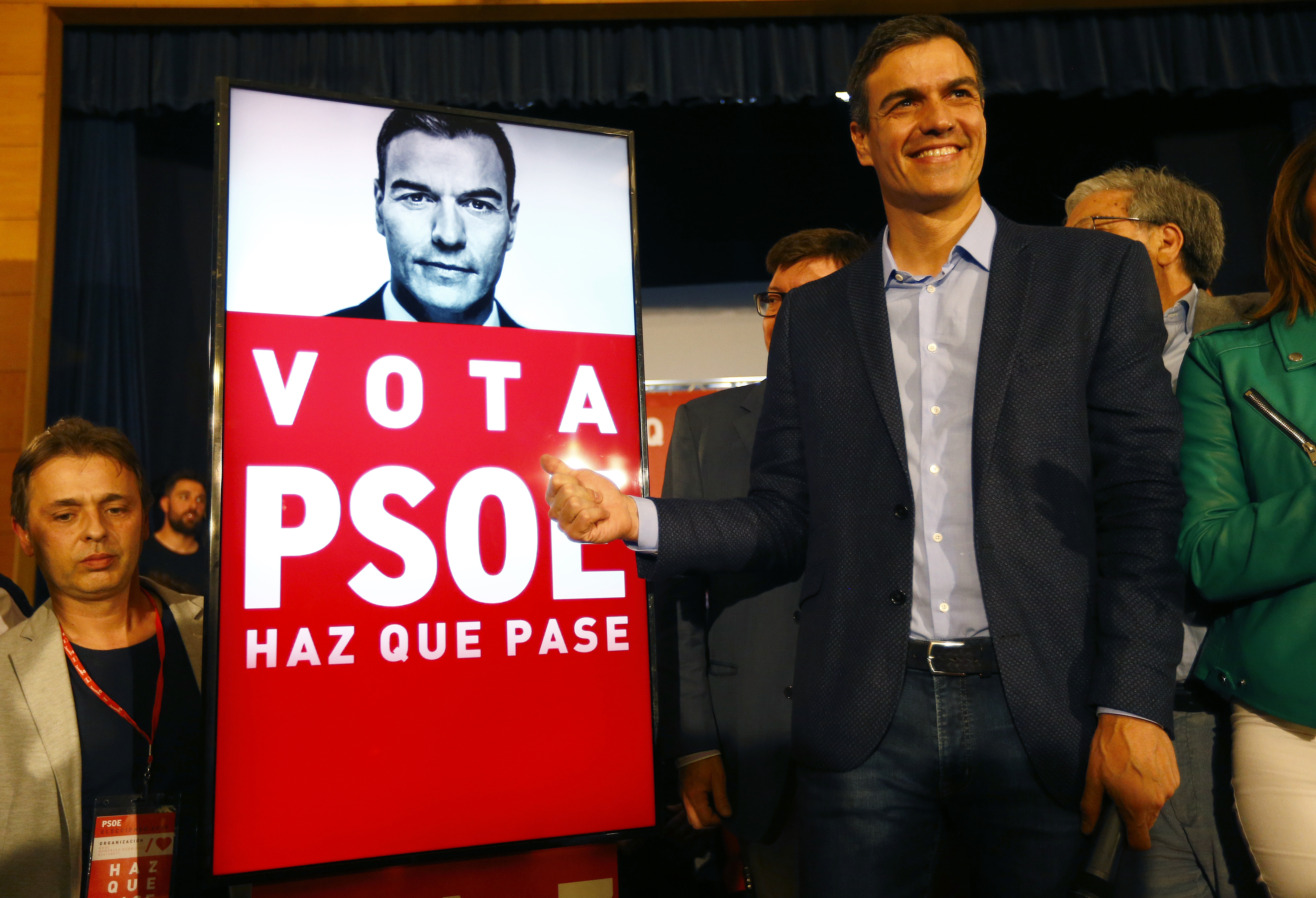 The manifesto also proposes equal paternal leave of 16 weeks for both men and women, and the revision of sexual offense laws to make positive consent the deciding factor. In addition, the party promises to suppress surrogacy agencies, which “undermine the rights of women, in particular the most vulnerable, by treating their bodies and reproductive functions as merchandise.”

While pimping and trafficking are illegal in Spain, prostitution is not and will require a change in the law if the socialist party wants to fulfill their pledge.

Spain is not the only European country that currently legalizes prostitution. Prostitution is legal and regulated in Germany, Switzerland, Austria, Greece, Turkey, the Netherlands, Hungary and Latvia. Northern countries like Sweden and Finland, however, adopt a neo-abolitionism, which makes it illegal to buy sex, but legal to sell it.

However, the pro-female measures contrast with opposition right-wing parties, who say that men are being undercut by the emerging feminist movement. The secretary of the far-right Vox party proposed scrapping the gender violence laws in December’s general election, claiming that they discriminate against men. (RELATED: Tucker Interviews Male Comedian Behind Fake Feminist ‘Titania McGrath’)

In an attempt to appeal to Catholic voters, Pablo Casado, the leader of the conservative People party’s, sparked opposition from Spanish women by declaring that “women should know that what they carry inside them is another life.”

Casado’s conservative party refused to support the International Women’s Day March, citing that the whole event was designed “to provoke a confrontation between men and women and to divide them.” 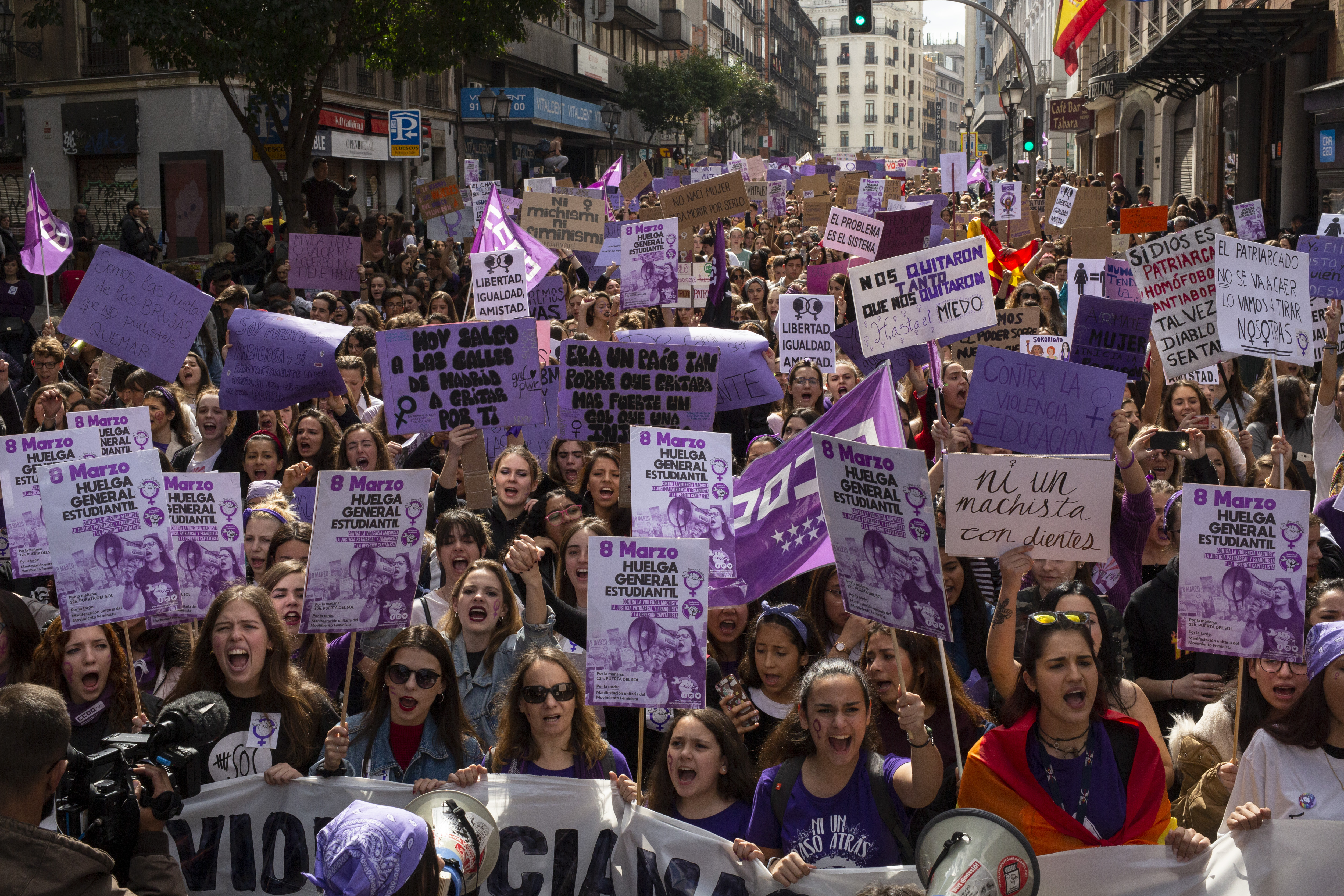 MADRID, SPAIN – MARCH 08: Students holds placards as they protest along the streets during the International Women’s Day on March 08, 2019 in Madrid, Spain. (Pablo Blazquez Dominguez/Getty Images)

Paired with the hashtag “#StopFeminazis,” the bus had a picture of Adolf Hitler wearing makeup and the symbol of feminism on his military cap. The bus paraded around several Spanish cities and ended its tour at the women’s march. (RELATED: Upcoming Women’s March Deemed ‘Too White,’ So Organizers Cancelled It)

There are an estimated 1,500 “gentleman’s clubs” in Spain with the sex industry being valued at 3.7 billion euros. Police say that around 80% of sex workers have been trafficked and surveys suggest that 39% of Spanish men have paid for sex.