The Supreme Court heard arguments Wednesday in a constitutional challenge to a federal law that prosecutors say is essential to aggressively policing gun crimes.

The defendants, Maurice Davis and Andre Glover, were convicted of a string of armed robberies in Texas in June 2014. The pair is challenging one of laws under which they were convicted, arguing it is unconstitutionally vague. In turn, the government warned that criminal defendants could escape punishment for violent gun crimes if the law is struck down.

“As the facts of this case illustrate, defendants whose prosecution requires application of [this law] include some of the most violent criminals on the federal docket,” the government wrote in court filings.

Chief Justice John Roberts said those warnings are self-defeating, since they stack the deck against the government in future cases.

“The government in all of these cases keeps upping the ante, even though they continue to lose hands,” Roberts said.

“I would have thought you’d be more interested in saying that there are plausible distinctions in these other cases so that you don’t automatically stack the odds against you when that next case comes up,” he added.

The chief was referencing a series of cases that followed the 2015 Johnson v. U.S. decision, in which the Supreme Court said the phrase “violent felony” as defined in the Armed Career Criminal Act was unconstitutionally vague. As it happens, other federal statutes use language similar to the provision at issue in Johnson. The justices have struck down similar portions of the federal sentencing guidelines and the Immigration and Nationality Act (INA) in view of Johnson since 2017.

Wednesday’s dispute is the latest in that sequence of Johnson follow-ons.

Justice Neil Gorsuch was decisive to the outcome of the 2018 INA case, joining portions of Justice Elena Kagan’s 5-4 majority opinion and setting out his own views in a sweeping concurrence. It seemed possible that Gorsuch would dictate the outcome of Wednesday’s case, with a series of questions suggesting skepticism, if not outright dismissiveness, of the government’s position.

At one juncture, for example, he accused the Trump administration of giving two different meanings to the word “offense,” which appears in a prefatory clause adjacent to the language at the heart of Wednesday’s case. (RELATED: ‘Scandalous And Immoral’ Or First Amendment Speech? Justices Mull ‘Fuct’ Trademark)

“I guess I’m not tracking you at all,” Gorsuch said as the exchange continued. 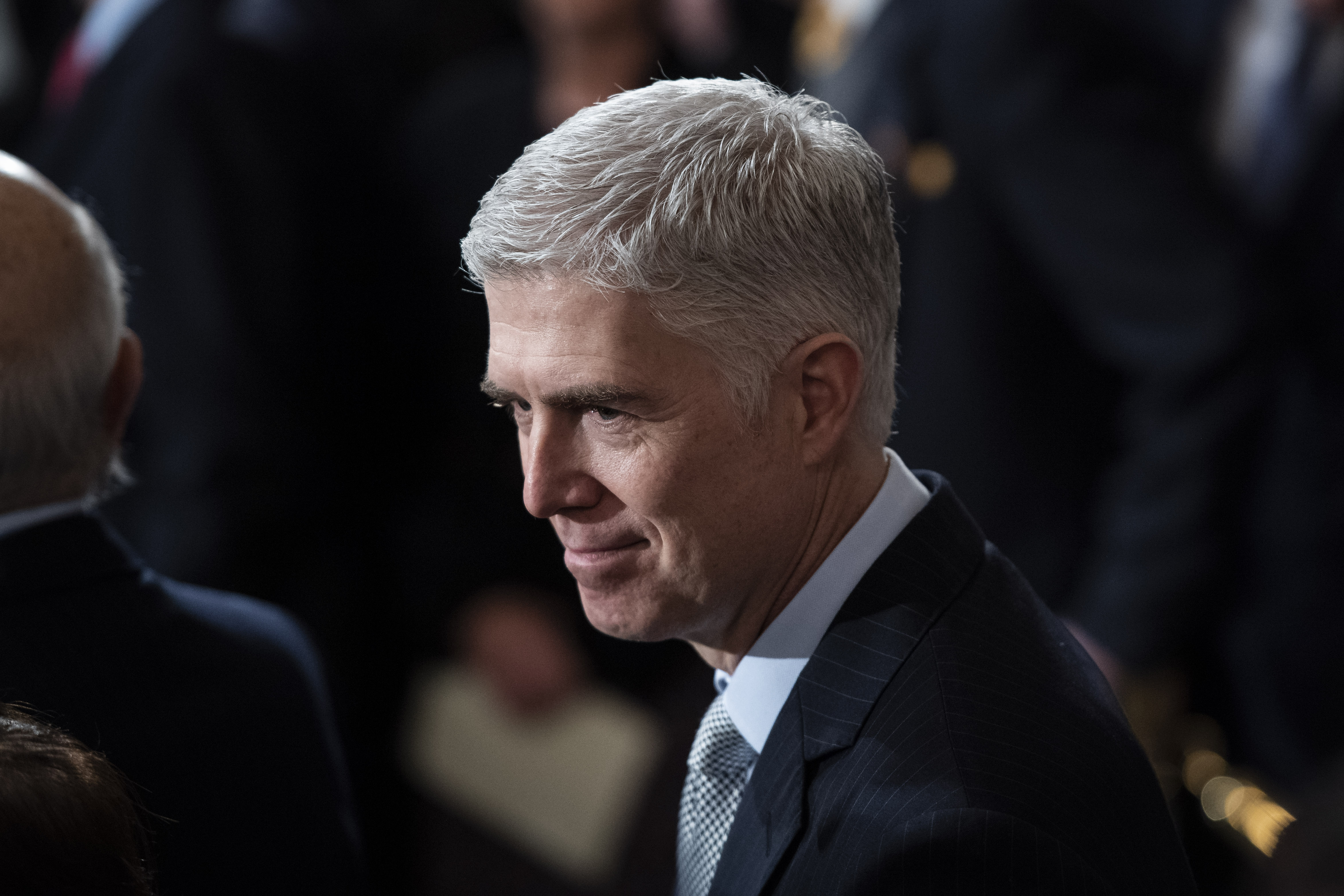 Fellow Trump appointee Justice Brett Kavanaugh seemed to take a different position. The vagueness doctrine holds that citizens must have “fair notice” of what constitutes criminal activity. Kavanaugh noted that Congress adopted the Firearms Owners’ Protection Act in 1986 against a backdrop of savage gun violence, and made clear that offenders who use firearms would receive stiff sentences.

“If you commit a crime with a gun, you’re going away for a long time,” Kavanaugh said. “That was Congress’s obvious intent.”

“I’m not seeing the notice problem, given that that has been crystal-clear since 1986 for everyone in this country,” he added.

A decision in the case, U.S. v. Davis, is expected by late June.

1
Joe Biden Said To Believe Women Who Say They're Sexual Assault Victims. Now He's Denying A Woman's Sexual Assault Accusation
Politics
2
Here's Why Californians Are Getting Reamed At The Gas Pump Despite Rock-Bottom Oil Prices
Energy
3
Tucker Carlson Insists Biden 'Will Not Be The Democratic Nominee.' Here's Who He Predicts Will Assume The Mantle
Media
4
China Was Lauded As New 'Global Leader' For Distributing Medical Equipment To Fight Coronavirus, But Most Of That Equipment Is Reportedly Defective
World
5
Kennedy Center Lays Off Musicians After Receiving $25 Million Arts Bailout
US