The Russian Main Intelligence Directorate, or GRU, infiltrated the DNC’s network in April 2016, and by June had stolen more than 20,000 emails from its mail server, which were later released by WikiLeaks in July — just three days before the Democratic National Convention.

Mueller determined “it is clear” that the DNC emails “were transferred from the GRU to WikiLeaks,” noting that the two parties communicated extensively through email, Twitter direct messages and other online channels beginning in June 2016. (RELATED: Here’s What Mueller Found (Or Didn’t Find) On Collusion) 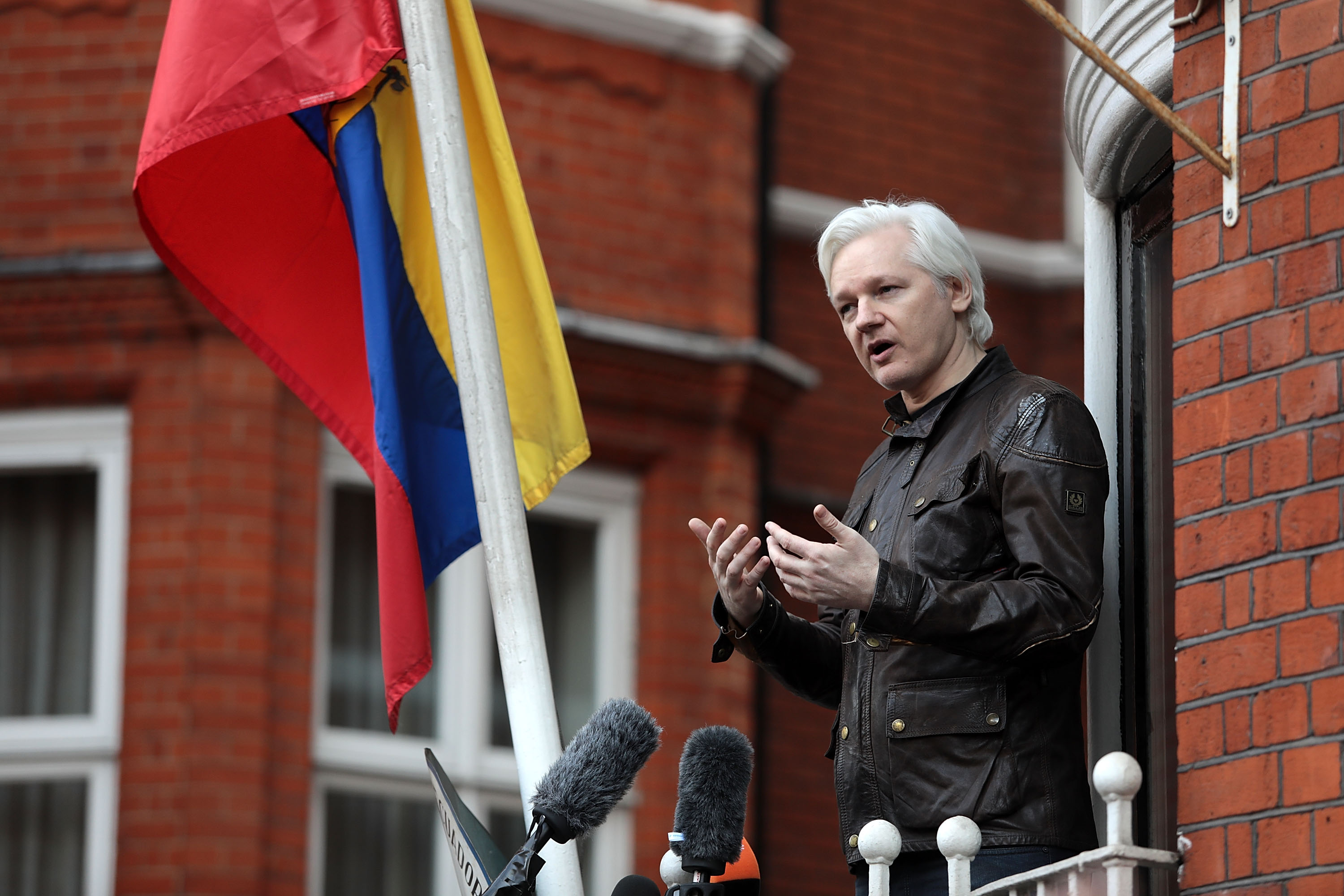 LONDON, ENGLAND – MAY 19: Julian Assange speaks to the media from the balcony of the Embassy Of Ecuador on May 19, 2017 in London, England. Julian Assange, founder of the Wikileaks website that published US Government secrets, has been wanted in Sweden on charges of rape since 2012. He sought asylum in the Ecuadorian Embassy in London and today police have said he will still face arrest if he leaves. (Photo by Jack Taylor/Getty Images)

Assange helped fan the flames of the conspiracy by issuing cryptic statements to the media about Rich’s murder and by offering a $20,000 reward for information leading to the arrest of his killer.

“Whistleblowers go to significant efforts to get us material, and often very significant risks. There’s a 27-year-old, works for the DNC, who was shot in the back, murdered just a few weeks ago for unknown reasons as he was walking down the street in Washington,” Assange said on a Dutch program in August 2016.

Our original and only statement on the murder of US Democratic National Committee staffer Seth Rich. #DNCLeak pic.twitter.com/Qsjfyb696p

“If there’s someone who’s potentially connected to our publication, and that person has been murdered in suspicious circumstances, it doesn’t necessarily mean that the two are connected,” Assange told former Fox News host Megyn Kelly in August 2016. “But it is a very serious matter … that type of allegation is very serious, as it’s taken very seriously by us.”

Mueller said in his report that the information his team uncovered about WikiLeaks and the GRU “discredit WikiLeaks’s claims about the source of material that it posted.”