The National Rifle Association filed a motion Wednesday to stop the city of Pittsburgh from enforcing a set of gun regulations including a ban on semi-automatic magazines that hold more than 10 rounds.

The NRA joined two other organizations also seeking a preliminary injunction against the city, the Pittsburgh Tribune-Review is reporting, while court cases about the new gun laws are pending.

Three groups filed lawsuits against the city April 9, the same day that Mayor Bill Peduto signed three new gun-control bills into law, according to the Tribune. The bills restrict the use of AR-15s, ban ‘large capacity’ gun magazines and establish a ‘red flag’ system within the Pittsburgh city limits.

“Violent criminals will not abide by Pittsburgh’s ban on loading standard-capacity magazines,” said Chris W. Cox, executive director of NRA’s Institute for Legislative Action. “The only people who this irrational ordinance would disarm are law-abiding Pittsburgh residents.” 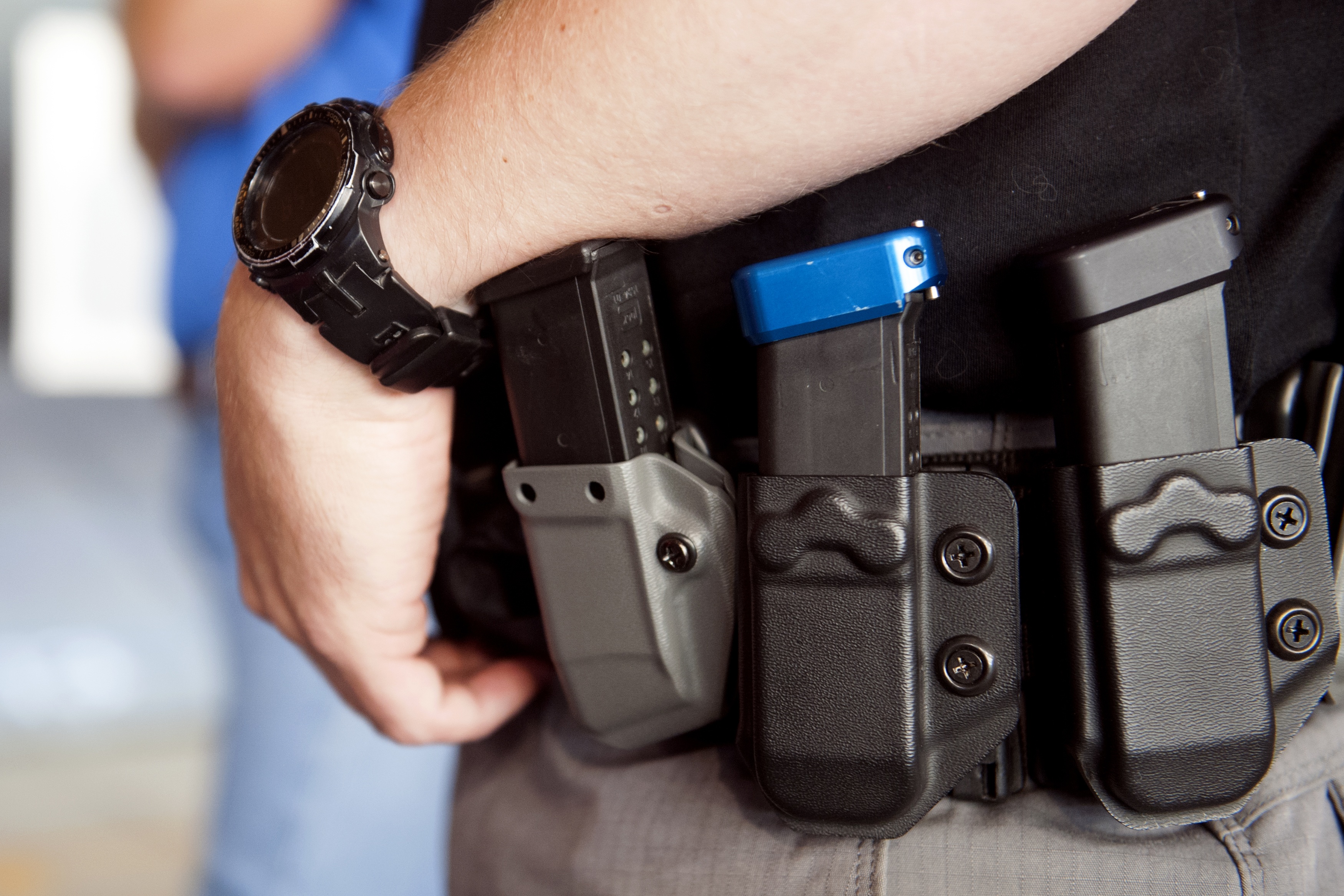 Magazine clips line the holster of a trainee during a three-day firearms course offered by FASTER Colorado at Flatrock Training Center in Commerce City, Colorado on June 26, 2018. (Photo by JASON CONNOLLY/AFP/Getty Images)

The actions were filed in Allegheny County Common Pleas Court on behalf of four citizens joined with the NRA, a group called Firearm Owners Against Crime, and The Allegheny Sportsman’s League.

The groups claim the new laws violate the Second Amendment, as well as Pennsylvania state law against municipalities enacting their own firearms regulations.

“The Pennsylvania courts have already ruled that local ordinances like this one violate Pennsylvania law,” said David Thompson, one of the plaintiff attorneys. “The merits of this case are clear, and Pittsburgh residents should be allowed to continue to exercise their rights under Pennsylvania law while this case works its way through the court system.”

The new laws were proposed after the Tree Of Life Synagogue shooting October 2018 that killed 11 people. The city council voted 6-3 in favor of the laws April 2. City residents who currently own guns or equipment subject to the new laws will be grandfathered.

The NRA did not immediately return The DCNF’s request for comment.