White House press secretary Sarah Sanders admitted to the special counsel that she lied to the press about former FBI Director James Comey’s diminishing popularity within the FBI’s ranks.

The Mueller report, which was released Thursday, revealed that Sanders admitted that it was a “slip of the tongue” to suggest that FBI agents told the White House they were displeased with Comey’s status as the head of the FBI.

She lied to the press corps during a May 10, 2017 press briefing, in which she defended President Donald Trump’s decision to terminate Comey based on low morale within the FBI. When pressed on the matter, Sanders claimed that “countless” FBI agents had come to the White House to express their displeasure.

During that briefing, CBS News reporter Steven Portnoy questioned Sanders’ description of the matter, citing a letter they received from a special agent who pushed back on the claim that there was widespread disapproval of Comey. (RELATED: Mueller Finds No Collusion)

“Well, look, we’ve heard from countless members of the FBI that say very different things. In fact, the president will be meeting with Acting Director McCabe later today to discuss that very thing, the morale at the FBI as well as make an offer to go directly to the FBI,” Sanders responded to Portnoy. 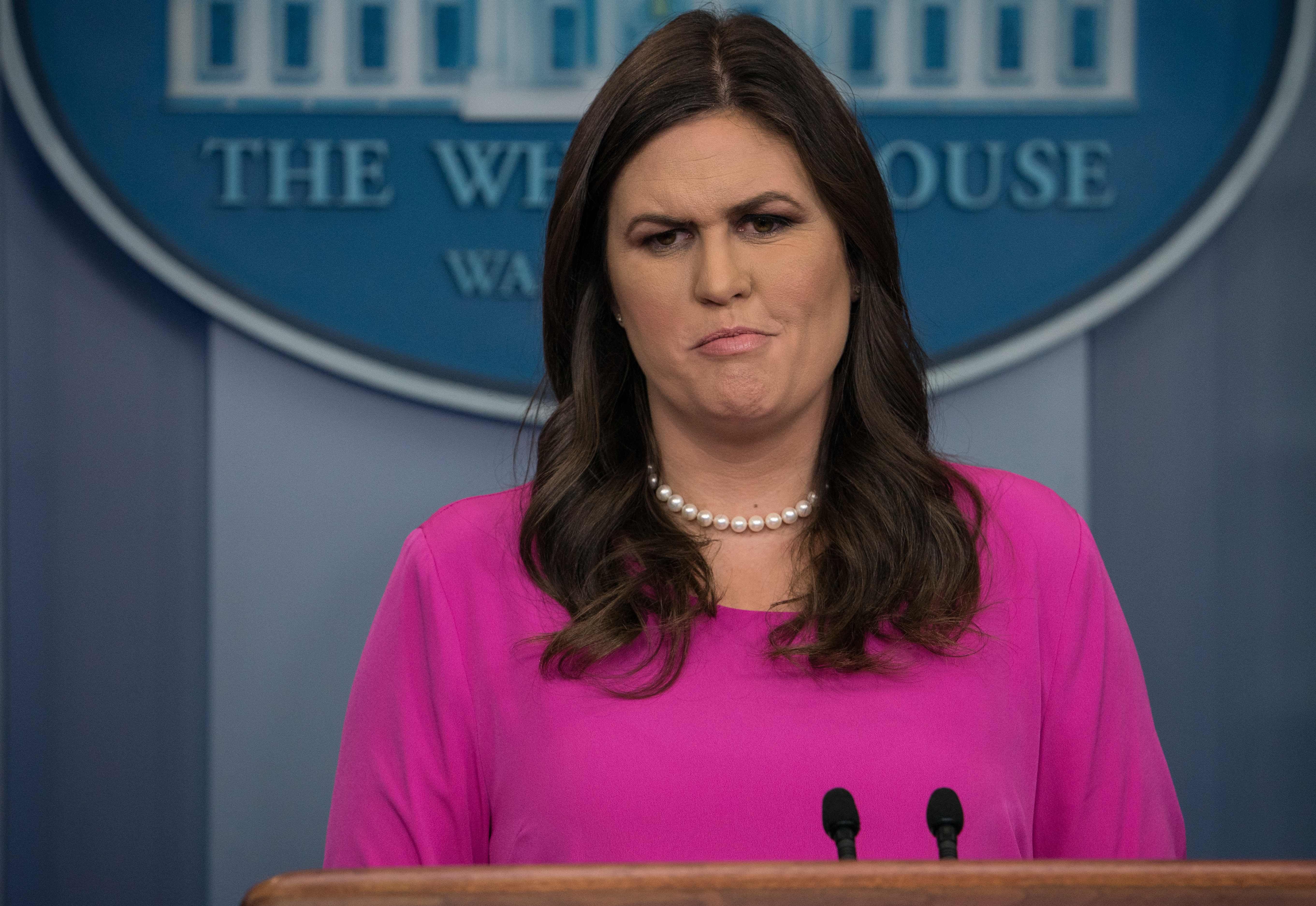 She maintained that stance during a briefing the next day.

Michael Shear of The New York Times asked exactly how many FBI employees reached out to the White House complaining about Comey, asking if it was, “50? 60? 70?”

“Look, we’re not going to get into a numbers game,” Sanders responded, according to The Guardian. “I have heard from a large number of individuals who work at the FBI who said they’re very happy with the president’s decision.”

It turns out, though, that Sanders was not truthful about the number of people in the bureau expressing low morale.

The Mueller report reads, “Sanders told this Office that her reference to hearing from ‘countless members of the FBI’ was a ‘slip of the tongue.’ She also recalled that her statement in a separate press interview that rank-and-file FBI agents had lost confidence in Comey was a comment she made ‘in the heat of the moment’ that was not founded on anything.”