Tesla is reportedly at risk of missing jobs targets at its New York state Gigafactory 2 and paying tens of millions of dollars in fines, a former Tesla executive said.

New York agreed to invest $750 million into building the Tesla factory to produce solar cells and batteries. In return, Tesla agreed to bring 500 jobs to the state by the end of April 2019, 1,460 jobs with 500 of those in manufacturing by April 2020 and 5,000 jobs within a decade of the plant’s completion, according to Reuters and Greentech Media.

Tesla would rent the facility from New York for $2 a year plus utilities, according to Greentech Media, citing a Securities and Exchange Commission filing. If Tesla fails to hold up its end of the bargain, it will pay an annual penalty of $41.2 million until it hits the agreed-upon target.

Tesla told Greentech Media the company already met its 2019 target, but others are expressing concern about how the company will sustain itself.

“At best, [meeting the jobs target] will be challenging for them,” a former Tesla executive, who left the company in 2017, told Greentech Media.

Tesla reported more than 800 employees at Gigafactory 2 at the end of 2018, but that number dropped by roughly 50 after the electric car company announced it was cutting 7 percent of its workforce in January. (RELATED: Elon Musk Is Cutting Thousands From Tesla’s Workforce)

Scaling back appears to have interrupted Tesla’s trajectory for hiring at the New York facility and putting in doubt the company’s ability to hit the jobs target, a former employee told Greentech Media. 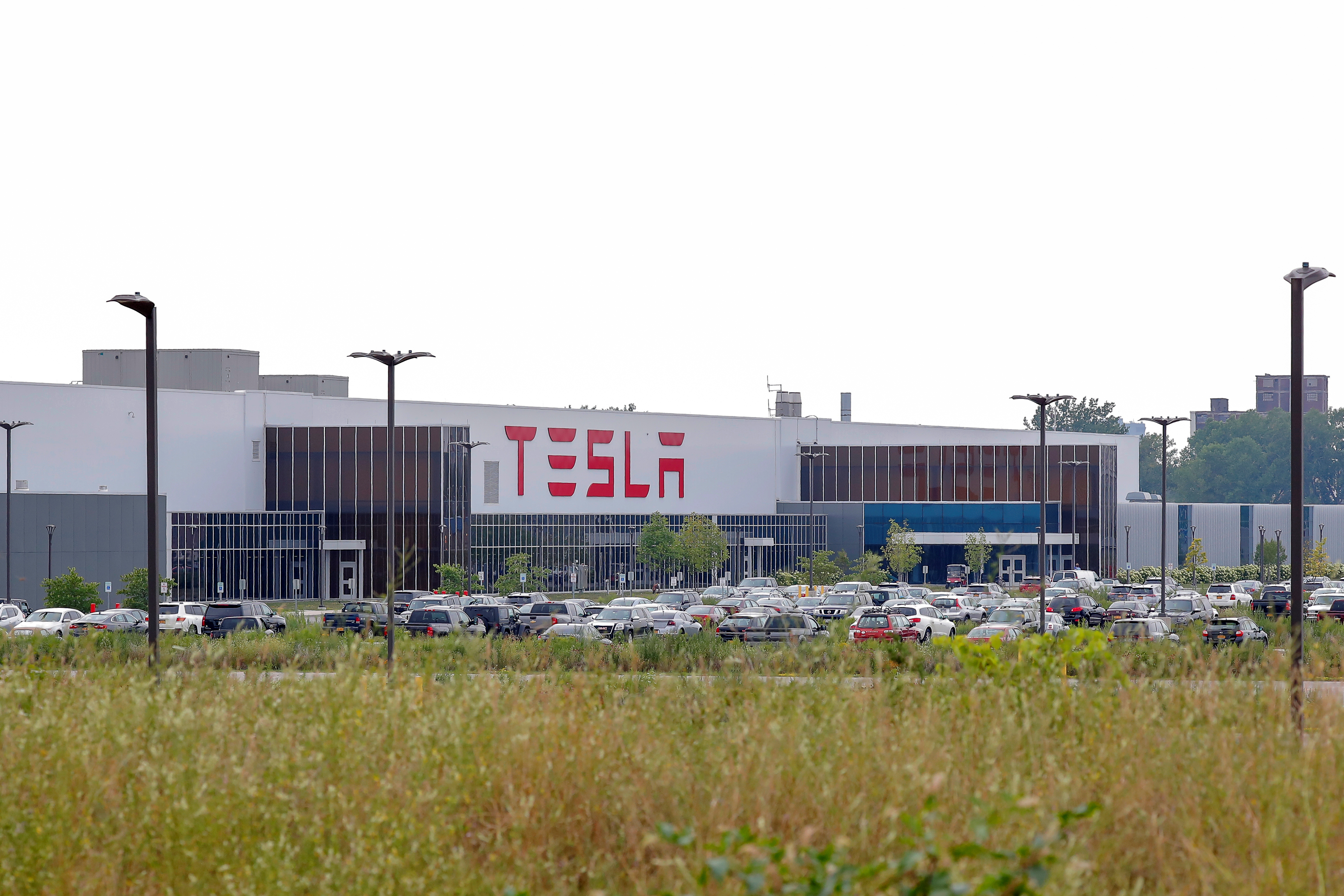 Cars are parked outside the Tesla Inc. Gigafactory 2, which is also known as RiverBend, a joint venture with Panasonic to produce solar panels and roof tiles in Buffalo, New York, U.S., August 3, 2018. REUTERS/Brendan McDermid

Tesla announced in March it was closing about half of its physical stores in an effort to cut costs and try to hit and maintain profitability. The store closures came in conjunction with a price hike on many of the company’s electric car models.

Tesla’s relationship with the SEC has been rocky recently after Tesla CEO Elon Musk tweeted in August 2018 that he was planning to take the company private at $420 a share. The tweet provoked an SEC investigation that resulted in $20 million fines for Musk and his car company.