Filipino Catholics flogged themselves and allowed themselves to be nailed to crosses in a gory Good Friday observance that the Catholic church discourages.

A group of four Filipino Catholics, one woman and three men, submitted to crucifixion voluntary. They were nailed to large wooden crosses and hoisted up for public display in the village of San Pedro Cutud, reenacting the crucifixion of Jesus, according to The Associated Press. Scores of other Catholic faithful also submitted to crucifixion in other areas throughout the Philippines on Friday, after crowds of penitential men marched barefoot through the streets and flogged themselves bloody. (RELATED: Here Are The Weirdest Easter Traditions From Around The World) 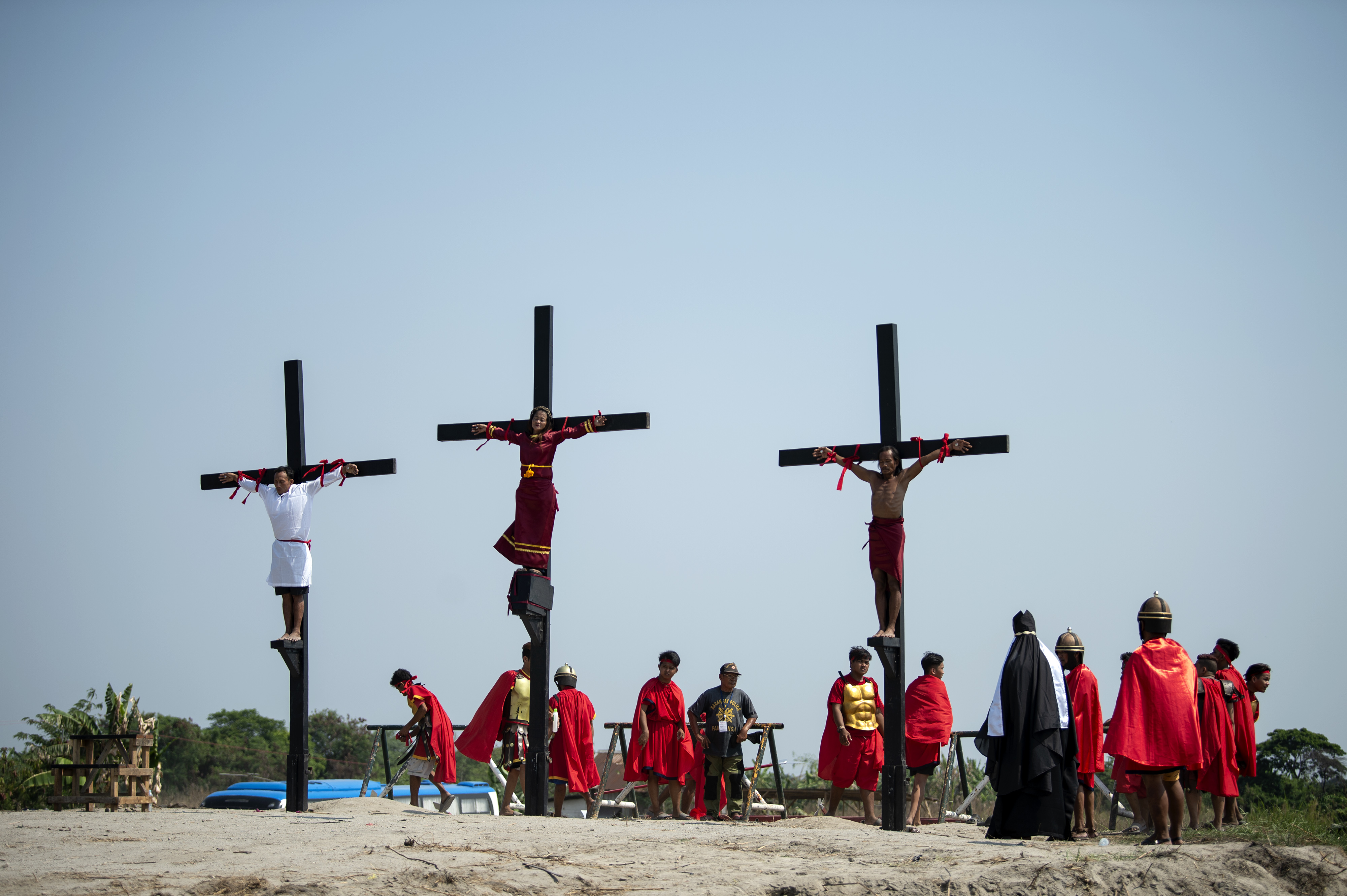 Philippine Christian devotees are nailed to crosses during a reenactment of the Crucifixion of Christ during Good Friday ahead of Easter in the village of Cutud near San Fernando on April 19, 2019. (NOEL CELIS/AFP/Getty Images)

Medical personnel typically stand by ready to assist those who take part in crucifixion after they are lowered from their crosses. Those who perform the crucifixion also use sterilized nails.

The Catholic church officially disapproves of the practice, urging faithful to instead make Lenten and Holy Week sacrifices in the form of prayer and service to the poor. Filipino Catholics believe, however, that God honors their painful display of devotion, and their identification with Christ’s sufferings, by blessing them with provision and healing.

“When I do this devotion, my prayers come true. Then I stopped. I started having health problems again, so I joined the crucifixion again. I felt that through my devotion, whatever illness I feel goes away,” Mary Jane Sazon told AP.

Sazon has been crucified 16 times.

Others, like 59-year-old Ruben Enaje, submit to crucifixion as an expression of thanks to God for his miraculous provision. Enaje was crucified for his 33rd time Friday, in thanks to God for allowing him to survive falling from a building.

“Next year, I’m going to be a senior. Our bones are a bit different, you start to get hurt. I’ll just pass down (this tradition) to someone younger than me,” Enaje said.