Both the New York Yankees and Philadelphia Flyers have reacted to an allegation of racism against Kate Smith, the late singer who performed a 1939 rendition of “God Bless America” played at both teams’ home games.

Smith sang songs titled “Pickaninny Heaven” and “That’s Why Darkies Were Born,” although the latter has been classified as satire and was also recorded by black singer Paul Robeson.

The Yankees will not play Smith’s version of “God Bless America,” which they had used during the seventh-inning stretch for 18 years, The Associated Press reported Thursday. The Yankees are investigating the allegation before deciding on a permanent course of action. (RELATED: Capitals Star T.J. Oshie Suffers Scary Injury, Won’t Return ‘Anytime Soon’)

Shortly after, the Flyers said Friday that Smith’s song is out at the Wells Fargo Center and covered up a World War II-era statue of the singer outside their arena, reported CBS Sports. 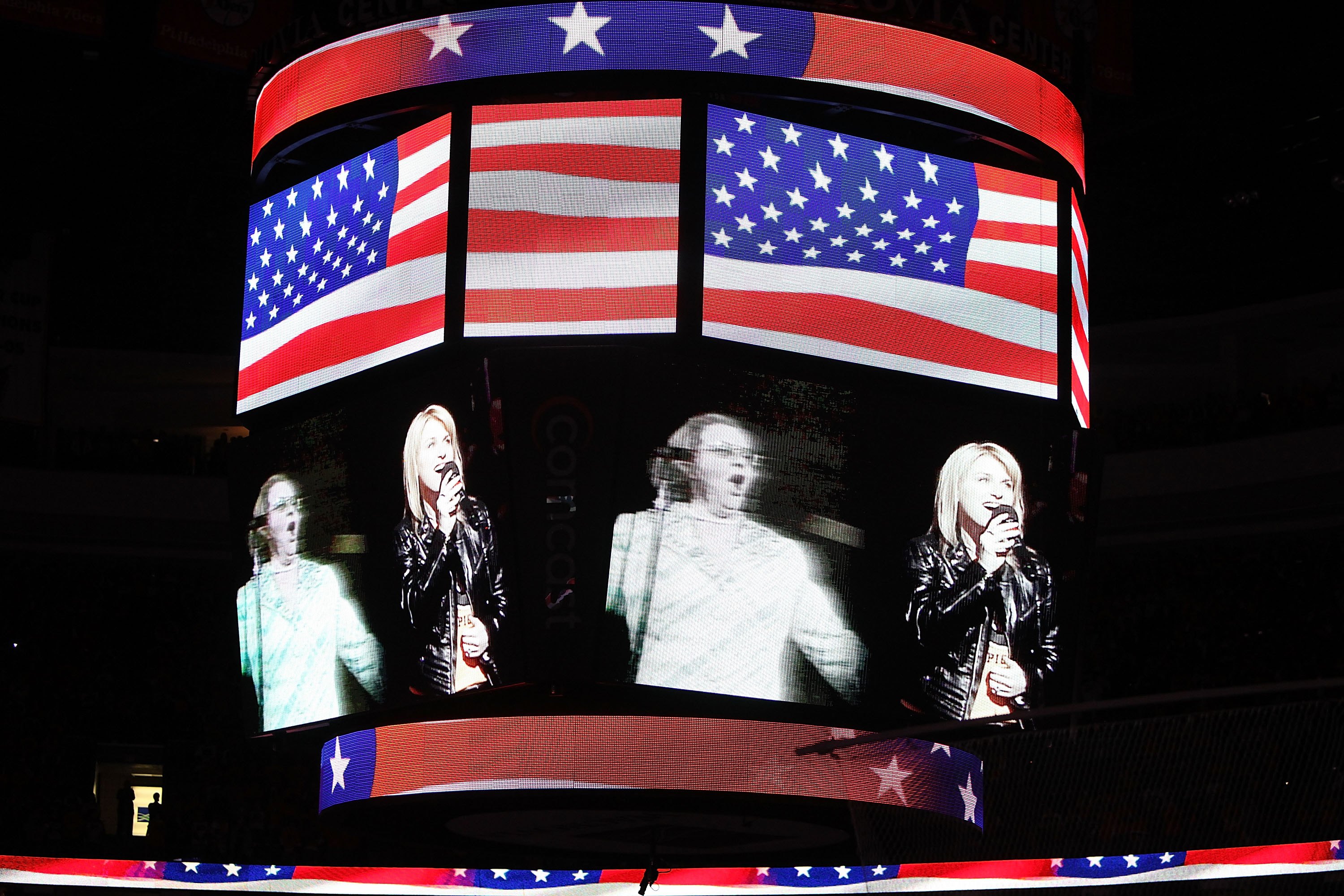 Singers Lauren Hart and Kate Smith are seen on the screen before Game Six of the 2010 NHL Stanley Cup Final between the Chicago Blackhawks and the Philadelphia Flyers at the Wachovia Center on June 9, 2010 in Philadelphia, Pennsylvania. (Photo by Andre Ringuette/Getty Images) 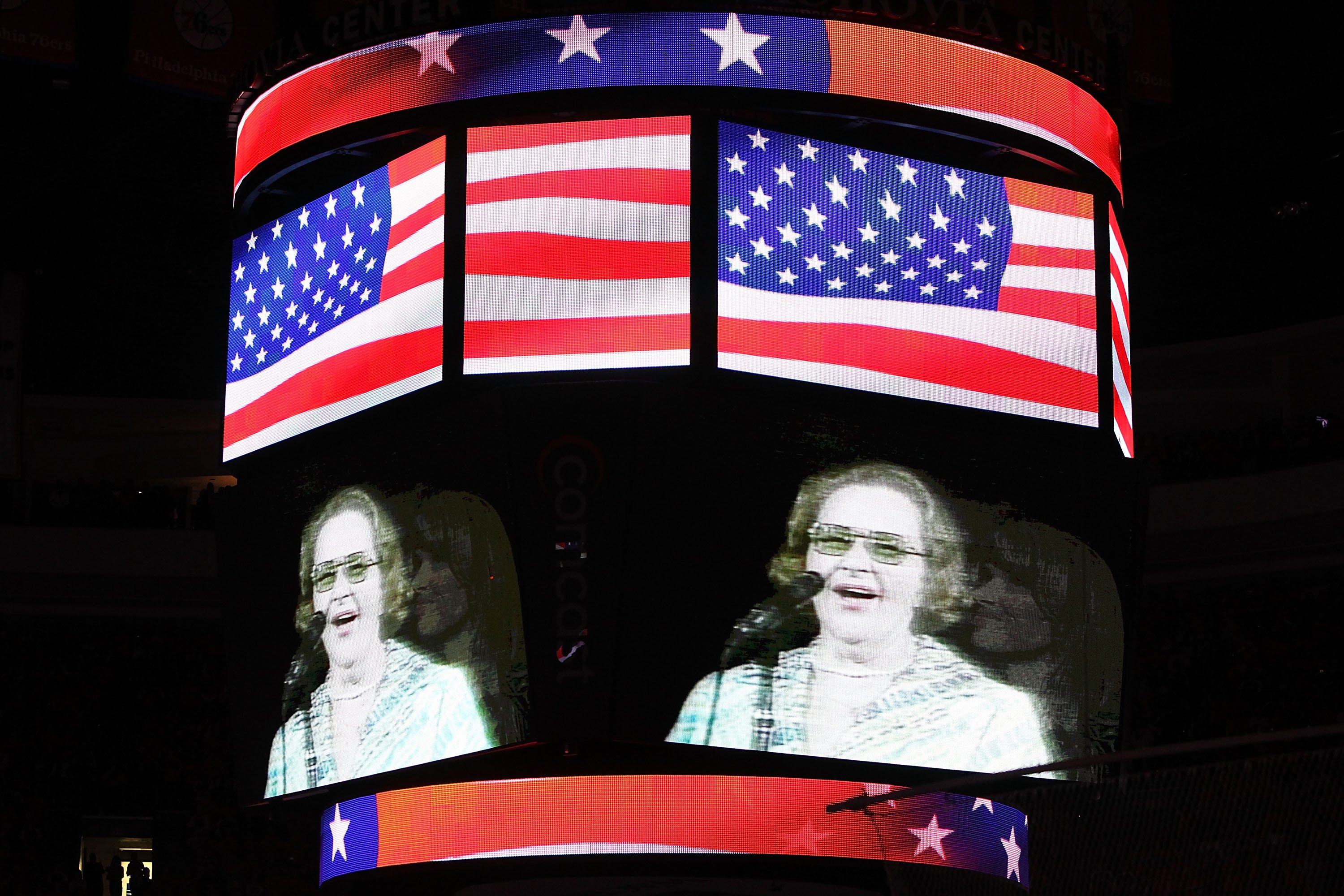 Singer Kate Smith is seen on the screen before Game Six of the 2010 NHL Stanley Cup Final between the Chicago Blackhawks and the Philadelphia Flyers at the Wachovia Center on June 9, 2010 in Philadelphia, Pennsylvania. (Photo by Andre Ringuette/Getty Images)

“The Yankees have been made aware of a recording that had been previously unknown to us and decided to immediately and carefully review this new information. The Yankees take social, racial and cultural insensitivities very seriously. And while no final conclusions have been made, we are erring on the side of sensitivity,” the team said in a statement according to The AP.

The Yankees played an organ version of “God Bless America” on Wednesday and Thursday.

The Flyers began using Smith’s recording in 1969, far earlier than the Yankees. Smith even performed the song at a Flyers game before her death in 1986, according to CBS Sports. The Flyers put up a statue of her in 1987. 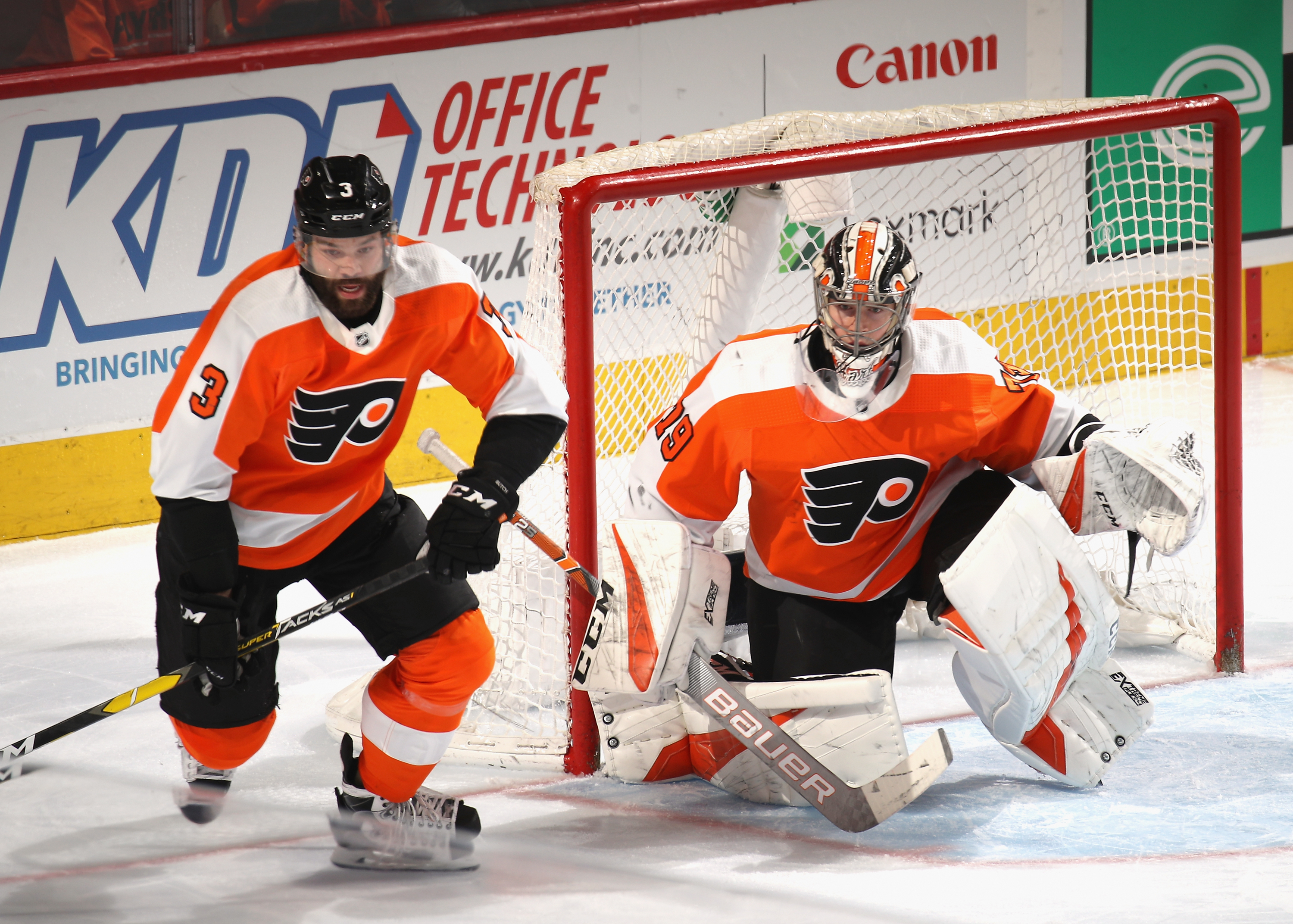 Radko Gudas #3 and Carter Hart #79 of the Philadelphia Flyers skates against the Carolina Hurricanes at the Wells Fargo Center on April 06, 2019 in Philadelphia, Pennsylvania. (Photo by Bruce Bennett/Getty Images)

They also played a video of Smith singing “God Bless America” until 2016.

“We have recently become aware that several songs performed by Kate Smith contain offensive lyrics that do not reflect our values as an organization,” the Flyers said, per CBS Philly. “As we continue to look into this serious matter, we are removing Kate Smith’s recording of ‘God Bless America’ from our library and covering up the statue that stands outside of our arena.”

The announcements from the two sports teams come at the same time as some surprising race-related news on the college sports front. The University of North Carolina-Chapel Hill announced Thursday that women’s basketball head coach Sylvia Hatchell resigned after a review stated she made “racially insensitive” comments among other claims, ending her 33-year coaching career at the university.