The damage to Notre Dame Cathedral in Paris could have been a lot worse. If it weren’t for a robot named “Colossus,” firefighters could have lost their lives battling the blaze.

“Time was against us, the wind was against us, and we had to get the upper hand,” Gabriel Plus, a spokesman for the Paris Fire Brigade, shared with the Times of London Thursday. (RELATED: Batons, Rocks And Fireworks: Rioters Converge On Paris Over Gas Tax Hikes) 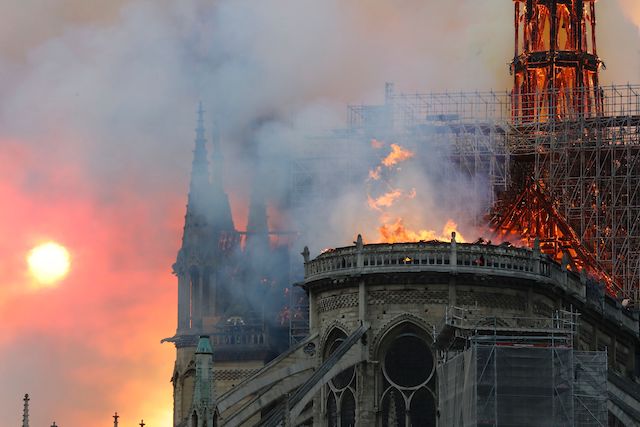 “The priority we set was to save the two belfries,” he added. “Imagine if the timber of the belfries had been weakened and the bells had collapsed. That was really our fear. In the beginning, it was not impossible to imagine that the cathedral structure could collapse.” (RELATED: The Vatican Releases Statement On Notre Dame Fire)

Jean-Claude Gallet, the commander of the Paris Fire Brigade, decided not to risk firefighters’ lives and instead retreat. But there was a backup plan to call in help from a 1,100-pound tank-like robot to help battle the blaze Monday and possibly save any of the Cathedral and relics that might remain.

The robot named “Colossus,” created by Shark Robotics, stands a bit more than 5 ft. tall and about 2.5 feet wide. The tank was able to venture into parts of the cathedral where the temperatures would likely have killed a human.

Gallet told The Times that the robot was able to lower the temperatures in the fire and save lives. Colossus, which is also capable of firing 660 gallons of water-per-minute and controlled via a joystick, took aim at the blaze engulfing the cathedral. It can be operated from as far away as 1,000 feet and the machine is not only waterproof and fireproof but can even withstand thermal radiation, according to the company.

The use of technology like this in firefighting has just begun. Recently, a video emerged of robots in China fighting alongside firefighters in drills.