A 17-year-old Texas man was arrested for smuggling two illegal immigrants, with the help of his mother’s credit card and sister’s Lyft app.

Jose Vigil was going to be paid $250 per person to smuggle two illegal migrants past Border Patrol and local law enforcement on April 5, according to local reports. However, the Mission, Texas, resident did not have a vehicle or the resources to transport them himself. So, using his mother’s credit card, Vigil ordered a ride from his sister’s Lyft app.

The teenager was able to direct the driver to a house in a nearby town, where the Guatemalan migrants hopped in the back of the car and they went on their way. Unfortunately for Vigil and the two migrants, the Lyft vehicle did not have a front license plate and was pulled over by police.

“Let me ask you a question,” Joshua Rodriguez, a Sullivan City police officer said to the driver. “Who are the guys in  the back?”

The driver said he did not know who they were, and that he was just a part-time Lyft driver when he wasn’t working at Peter Piper Pizza. 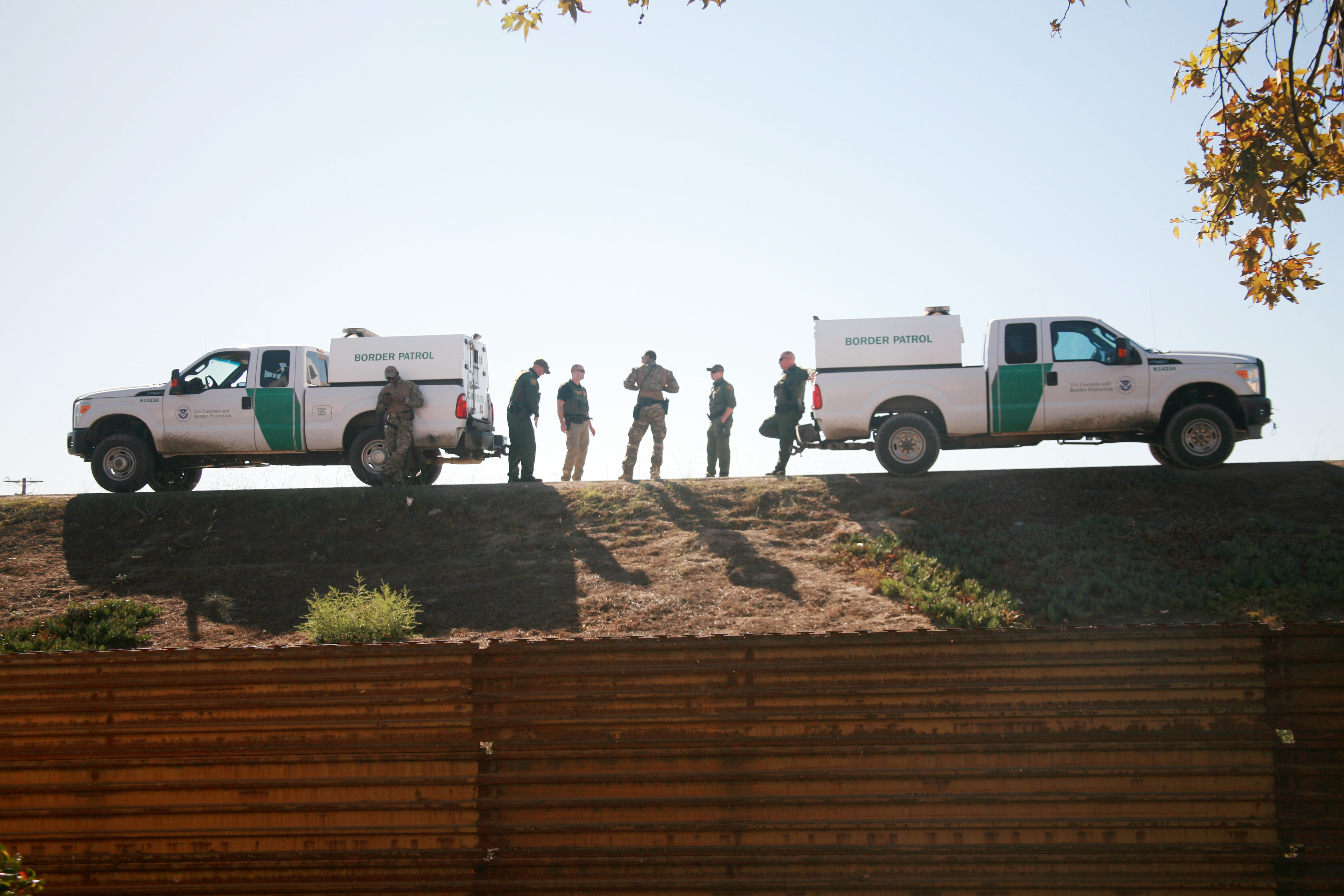 Border patrol agents discuss their next moves and survey the landscape at the US Mexico Border. Shutterstock.

Vigil eventually confessed to the whole situation, telling police that the driver was not involved. Police did not arrest the driver, but they still admonished him for not noticing that the two men were soaked from the waist down and appeared suspicious. (RELATED: Illegal Immigrants Caught Using A Drone To Sneak Into The US)

“OK, first of all, didn’t it seem kind of off to you that they’re wet from the clothes?” Rodriguez asked. “That they’re muddy from the shoes. Anything like that?” He continued: “My suggestion to you, man, is if you’re going to be doing this Lyft, at least be mindful of who you’re going to pick up.”

The two Guatemalan migrants were taken into Border Patrol custody and Vigil was transported to a local police department for human smuggling, a third-degree felony. Vigil, according to jail records, was released on April 7 on $10,000 bond.