The Vatican uncovered the stairs that Jesus walked to face Pontius Pilate’s judgement, revealing the bare marble for the first time in 300 years.

Pope Innocent XIII ordered that the Holy Stairs, or Scala Sancta, be covered with walnut planks in 1723 to protect the marble, but Vatican caretakers removed the planks for a two-month renovation project, allowing visitors to walk in what Christians believe to be the footsteps of Christ.

Tradition holds that Jesus ascended and descended the 28 steps several times to face the judgement of Roman governor Pontius Pilate before his crucifixion, staining them with his blood. (RELATED: A Lost Monastery Might Be Hiding Beneath An English Bus Station, Archaeologists Say)

“The Gospel of John recounts that Jesus went up these stairs several times,” said Father Francesco Guerra, Rector of the Holy Stairs, according to CNN.

Crosses mark three spots where Jesus’ blood is said to have fallen on the steps when he returned to Pilate after authorities flogged him. Christian faithful ascend the steps, often on their knees, and pause to kiss these spots.

“Once we opened the first step and we found the first (small) cross, it was clear enough to everyone that what we were finding below could not be limited to a few experts,” said Paolo Violini, restoration specialist at the Vatican museums, according to NBC. 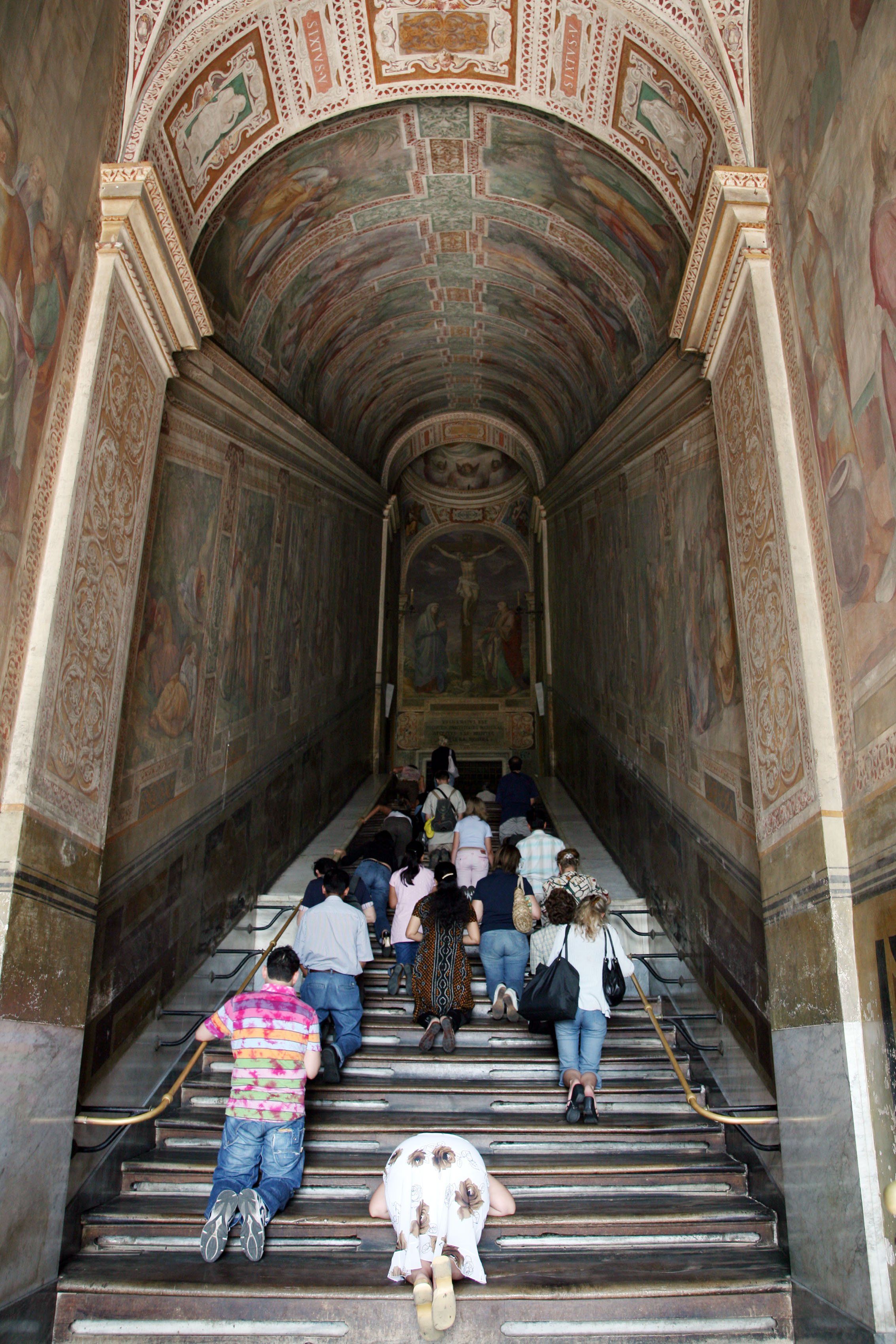 The removal of the wooden planks revealed the steps have been deeply grooved by centuries of this practice.

“Up until a few days ago, it wasn’t possible to see this because the stairs were covered for 300 years by walnut planks,” Guerra said.

Church tradition holds that St. Helen, the mother of Emperor Constantine, had the steps transported from Jerusalem to Rome in 326 A.D. along with several other relics related to Christ.

“We know for certain that St. Helen transported the nails used to crucify Jesus and a portion of his cross, to a church near here,” Guerra said.

The steps lead to a room called the Holy of Holies, which once served as a private chapel for popes. An icon of Jesus dating back to the fifth century and several relics of church saints lie within.