Astronauts aboard the International Space Station (ISS) won’t miss out on an Easter feast Sunday, although their holiday meal may not look quite like it would at home on planet Earth.

Space station astronaut Anne McClain operated a robot arm to guide in the Northrop Grumman’s Cygnus capsule as the ISS traveled over France, according to the AP. (RELATED: Hacker Group Possibly Based In Ukraine Posts Info Of More Than One Thousand Law Officers) 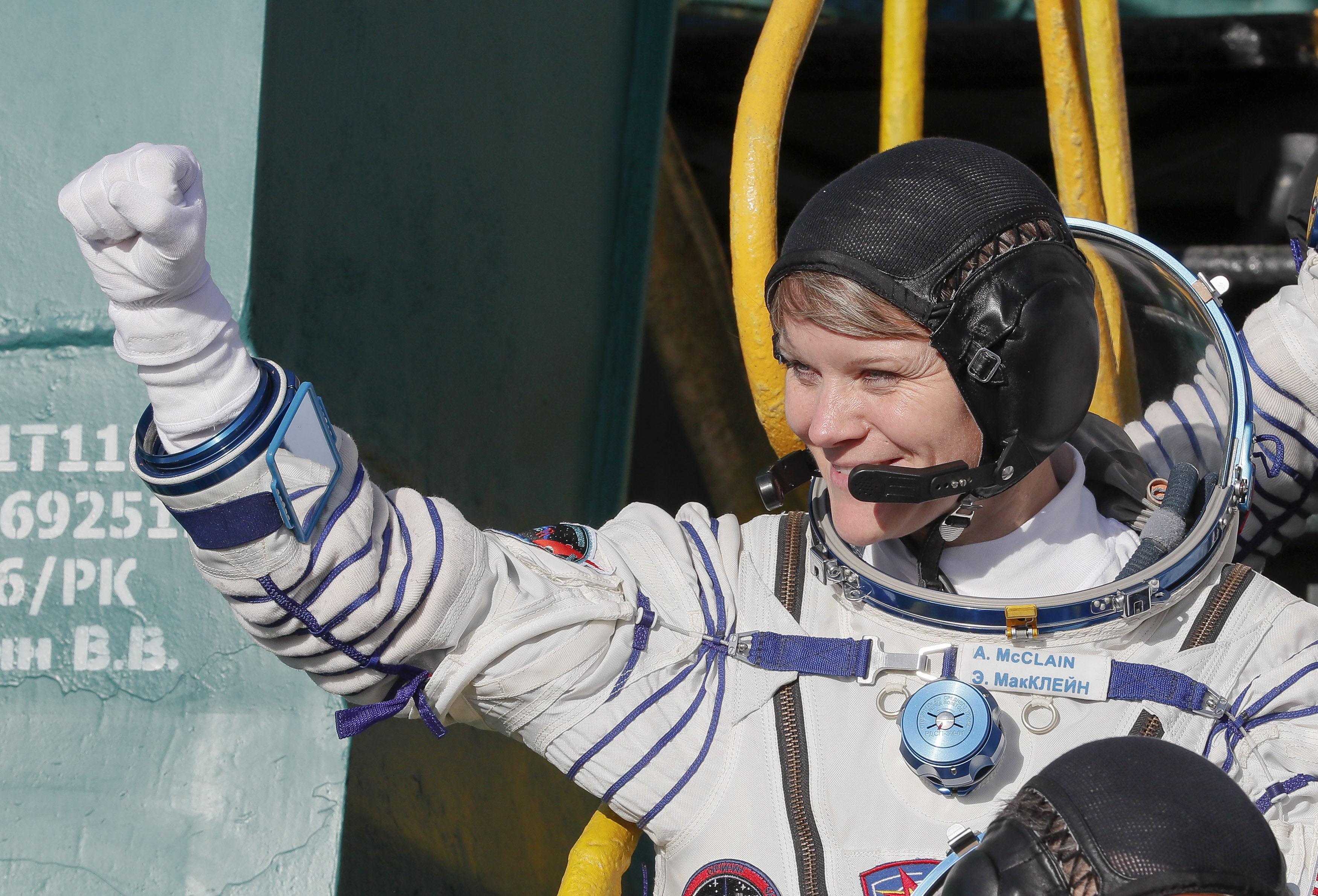 NASA astronaut Anne McClain, a member of the International Space Station (ISS) expedition 58/59, gestures as she boards the Soyuz MS-11 spacecraft shortly before the launch at the Russian-leased Baikonur cosmodrome in Kazakhstan on Dec. 3, 2018. (SHAMIL ZHUMATOV/AFP/Getty Images)

The shipment took a day and a half to make it to the ISS after setting off from Wallops Island, Virginia, Wednesday, reported the AP. The Cygnus capsule will remain anchored to the space station until July, when it will return to Earth with trash from the ISS.

McClain, two other Americans, two Russians and one Canadian will be spending Easter Sunday on the ISS, reported the AP. Perhaps there will be another space station Easter egg hunt like the one organized by astronaut Chris Hadfield in 2013, according to Yahoo! News.

It appears that I’m as bad at juggling in weightlessness as I am on Earth. Hopefully I’m better at hiding them… pic.twitter.com/m3pr0ZU4Hd

The Cygnus capsule carrying the Easter shipment was named the S.S. Roger Chaffee after a young astronaut who died on board the Apollo 1 in 1967.

The ISS is currently infested with disease-inducing bacteria, according to a study done by NASA scientists published earlier in April.

Meanwhile, a new Chinese space station may be lifting off into orbit as early as this year, according to an announcement the official state news agency made on March 4.